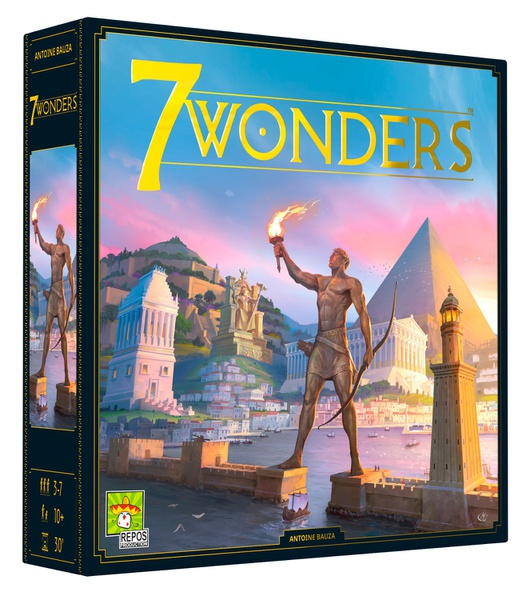 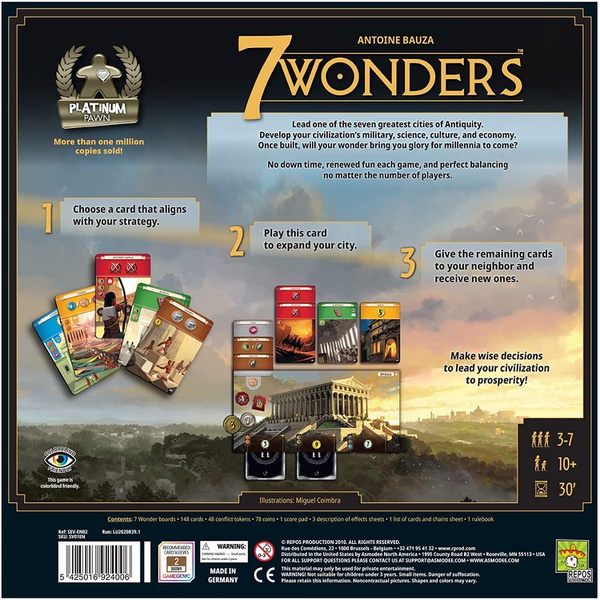 The board game with more awards than any other game on the planet. With over 30 international awards, and over a million copies sold throughout the world, rediscover 7 Wonders, the game which has won more awards than any other game in the world, in a whole new version. Lauded by both the public and critics, 7 Wonders has claimed its place as an unmissable reference point in modern board gaming. 7 Wonders is based on a simple and elegant mechanic (drafting) which allows up to 7 players to play with no dead time. Players make their choice and apply all of them at the same time. These choices are varied and their impact is real. Finally, the game is divided into 3 Ages which little by little increase the importance of these choices and thus the tension in the game. The global mechanics and the care given to the artwork are used to immerse the player in Antiquity and have contributed to the game’s success.

A game plays out over 3 rounds, called Ages, during which you simultaneously play cards, one at a time, to develop your City.

At the end of each Age, you go to war with your nearest neighbours. At the end of all 3 Ages, you tally up all of the victory points earned by your City, your wonder, your military prowess, and your treasury. The player with the highest score wins the game.