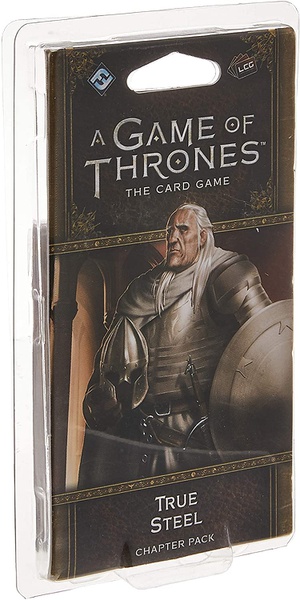 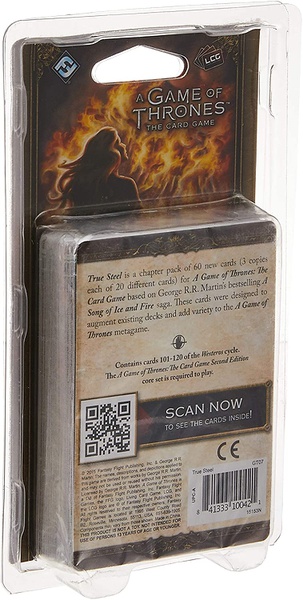 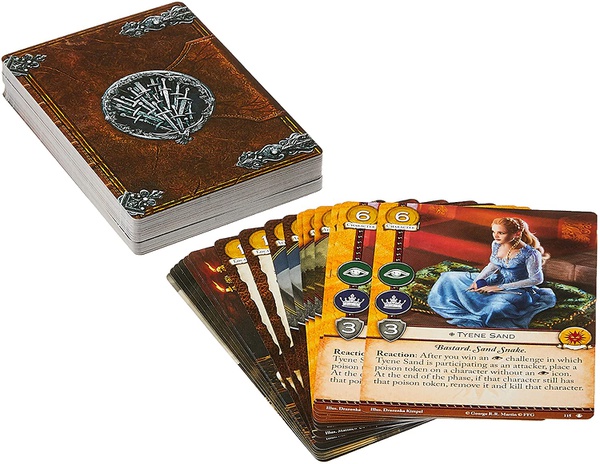 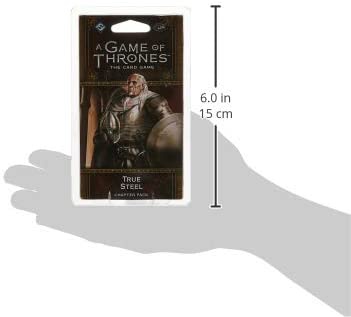 "Every time she looked at Ser Ilyn Payne, she shivered. He made her feel as though something dead was slithering over her naked skin." – George R.R. Martin, A Game of Thrones

Tensions in King's Landing have reached their breaking point. In the aftermath of King Robert’s death, Eddard Stark makes his move to unveil the true lineage of Cersei Lannister’s children—and in the process, he sets in motion the events that will drown the Seven Kingdoms in blood. Even as Eddard makes his final gambit and the Lannisters plan their reprisal, Daenerys Targaryen forges her future in Khal Drogo’s funeral pyre. It is a time of merciless, sudden death and life that springs from the ashes.

Advance to the explosive conclusion of the first book of A Song of Ice and Fire with True Steel, the sixth Chapter Pack of the Westeros cycle for A Game of Thrones: The Card Game (Second Edition). Here, you'll find a host of recognizable characters entering the card game for the first time, including Jhogo, Tyene Sand, Septa Mordane, and Ser Barristan Selmy. This pack also introduces two new neutral plots to the game, quickly expanding your options for every deck and introducing new tricks for every player.