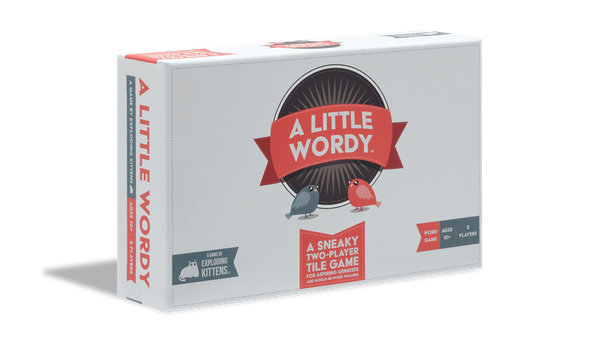 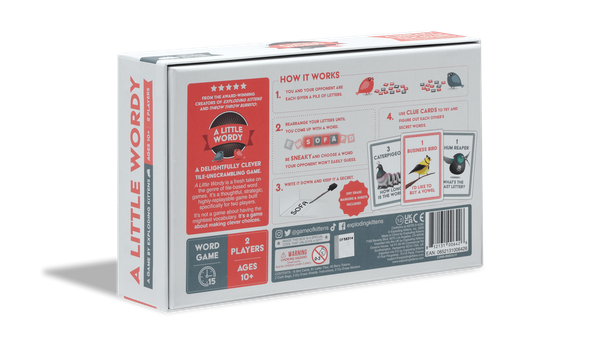 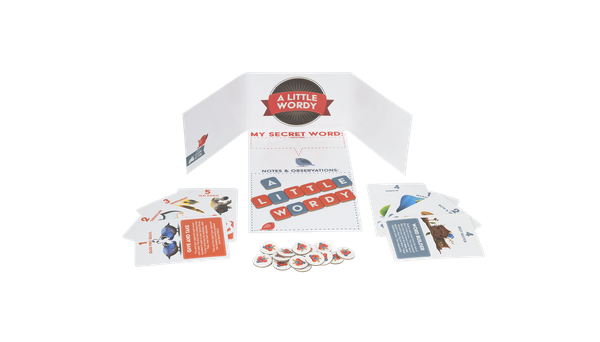 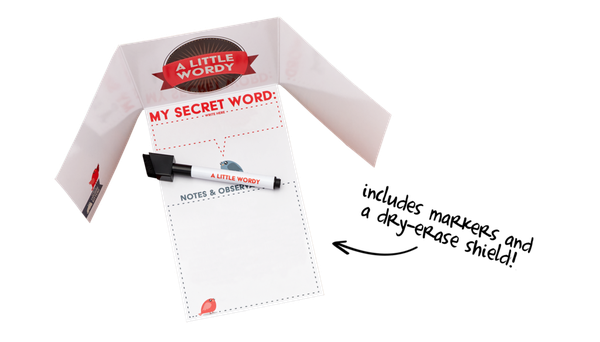 From the award-winning, best-selling creators of Exploding Kittens and Throw Throw Burrito, A Little Wordy is a fresh and ridiculously clever take on the genre of tile-based word-unscrambling games.

Here’s how it works: You’re each given a pile of letters. Rearrange your letters until you come up with a word. Be sneaky and choose a word that your opponent won’t easily guess.

Write it down, keep it a secret. Rescramble your tiles, pass them to your opponent. The goal is to examine your opponent’s tiles and try to figure out their word. You do this with Clue Cards. These tell you things such as: what’s the first letter, how long’s the word, or what does it rhyme with? You win by using as FEW of these clue cards as possible to figure out what word your opponent wrote down.

It’s thoughtful, strategic, highly replayable, and built specifically for two players. It’s not a game about having the mightiest vocabulary - it’s a game about making clever choices.

The longest, most complicated word isn’t always the best choice. Sometimes, picking a smaller, common word is better because your brainiac opponent will overthink things and blaze right past it. Trying to figure out your opponent’s secret word can be both hilarious and (delightfully) maddening. A Little Wordy levels the playing field against veteran word wizards.