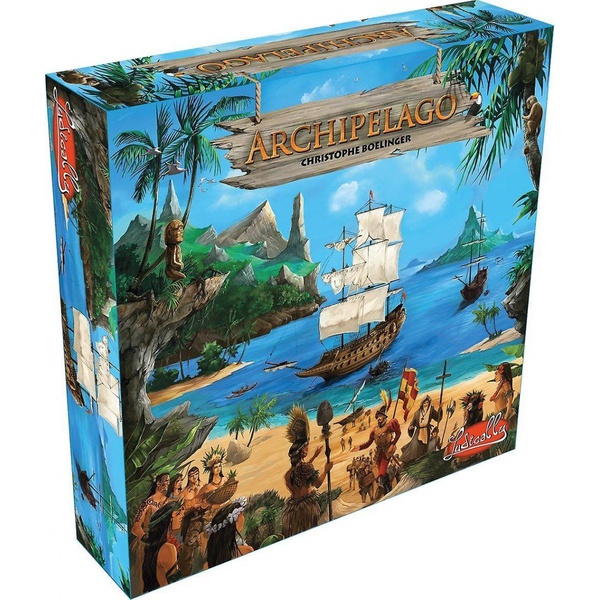 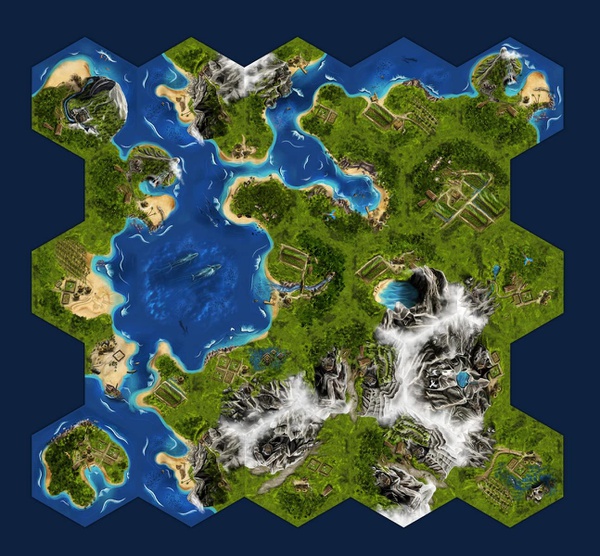 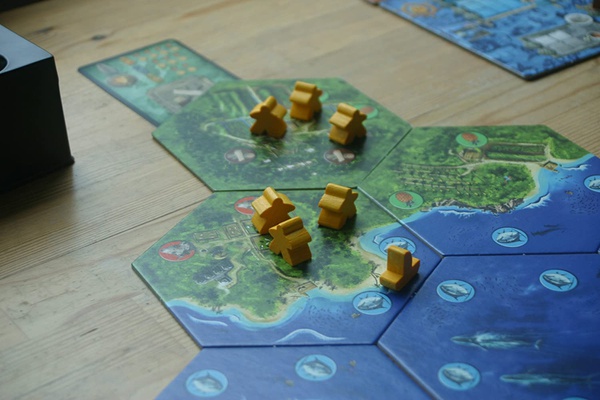 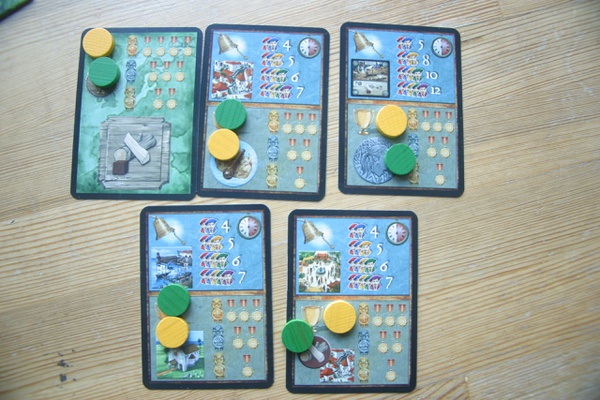 In Archipelago, players are Renaissance European powers competing in the exploration of a Pacific or Caribbean archipelago. They will explore territories, harvest resources, use those resources in markets both internal (for their use and that of the natives) and foreign (to sell it in Europe), build markets, harbours, cities and temples, and negotiate among themselves (and maybe betray each other) – all this to complete their secret objectives. They will also need to guess the secret objective of the other players to be able to benefit from them.

But players also need to be careful of the natives; if they make them too unhappy or if too many of them are unoccupied, they could revolt and declare independence. Then everyone will lose!

According to the author, what he's tried to create is a "German" economic worker-placement game, but without the two things, he dislikes in them: the superficial theme and the lack of interaction. Indeed this game includes a very present theme and a lot of negotiation and potential backstabbing.

The game includes three sets of objectives, enabling players to choose between a short, medium and long game. Solo play is also possible with an expansion.