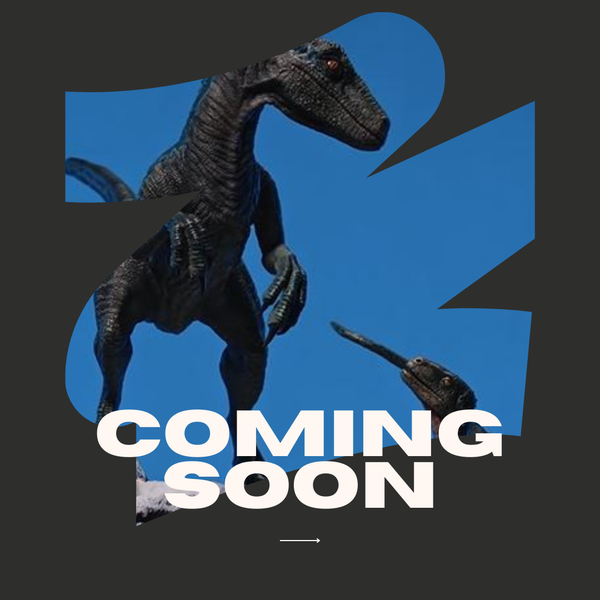 It's been four years since the destruction of Isla Nebular, dinosaurs now hunt and live alongside humans all over the world. This fragile balance will reshape the future and finally determine whether or not humans will remain the dominant species on a planet in which they now share with history's most terrifying apex predators.

Running and hunting together, the Velociraptor mother and her child, a smaller version of Blue that looks just like her. They’re running, continuing to discover this new world together. Stood on a platform of wood, covered by snow, they gaze into each other’s eyes as they explore. They both have an unmistakable blue strip with white contour on their back. Their skin is blue-grey in colour, like mother like daughter. This frozen terrain is now their home.

This Base includes the Jurassic World logo with the iconic Jurassic Park font with Blue and Beta's names just to the right. On the back of the base, there are two control buttons, one is to turn on the lighting feature which illuminates the iconic logo, while the other can be used to turn on the chilling Velociraptor sound effect.