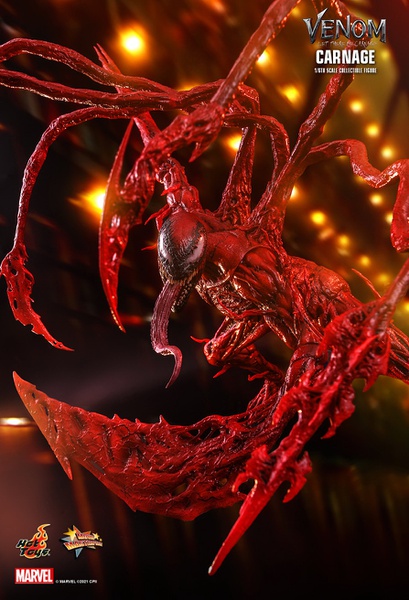 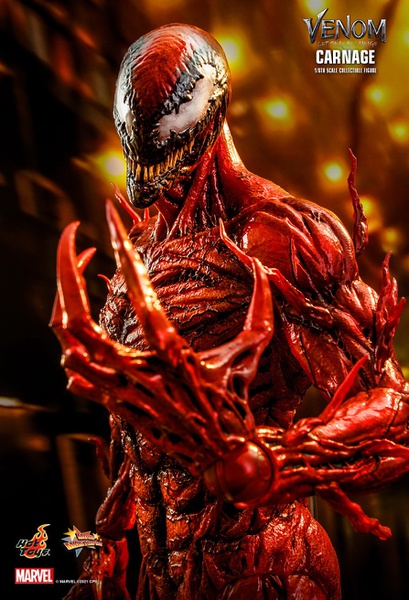 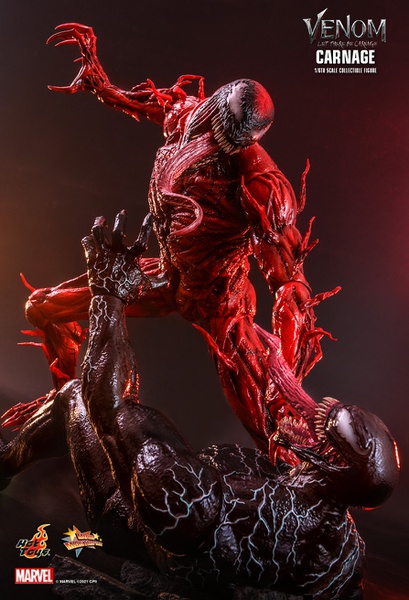 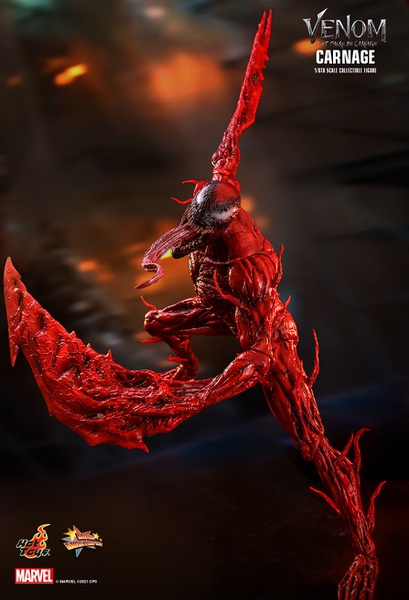 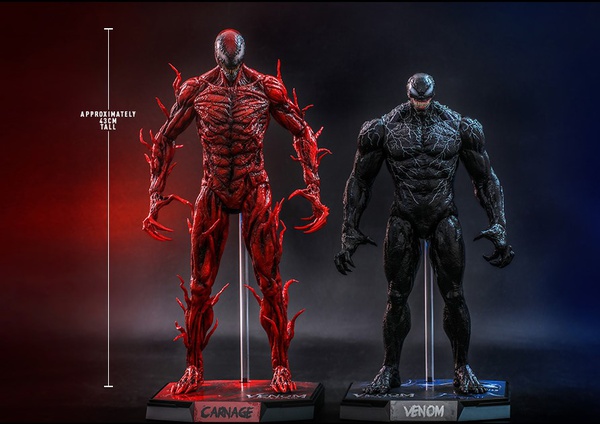 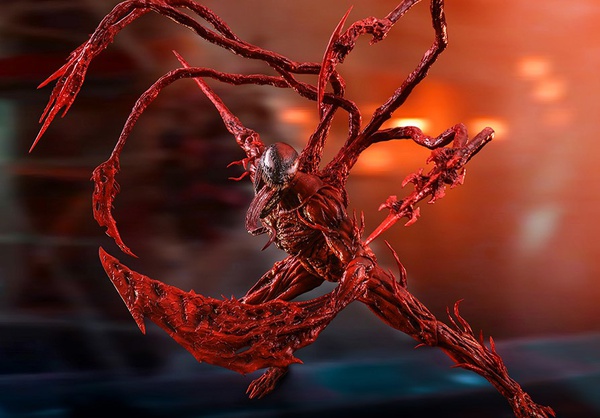 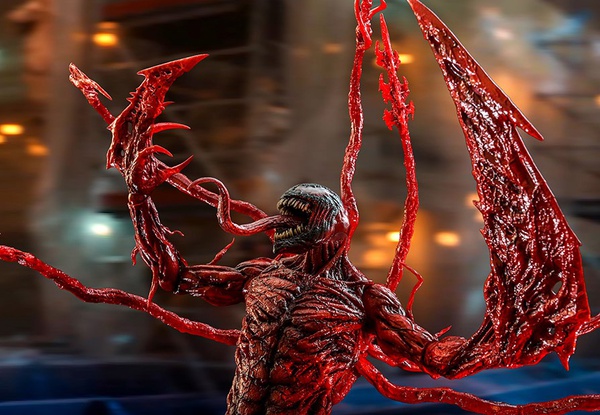 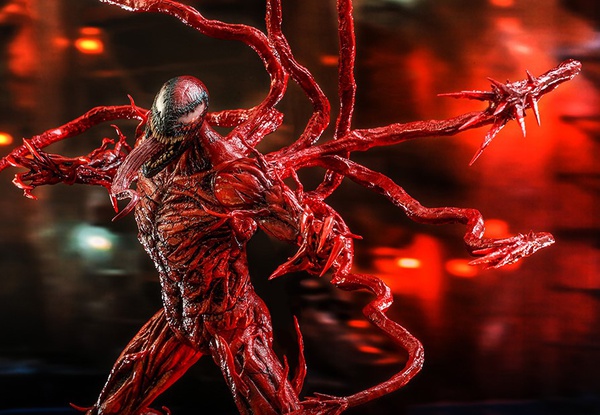 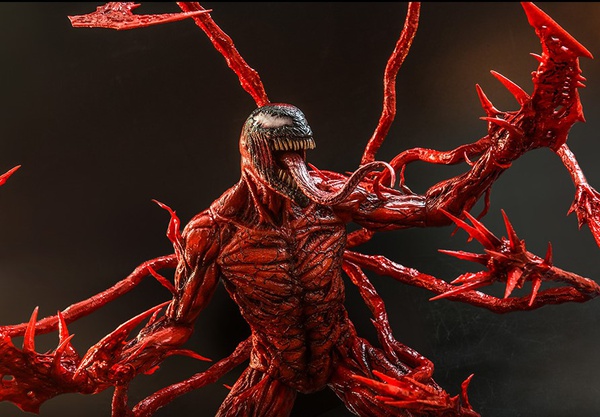 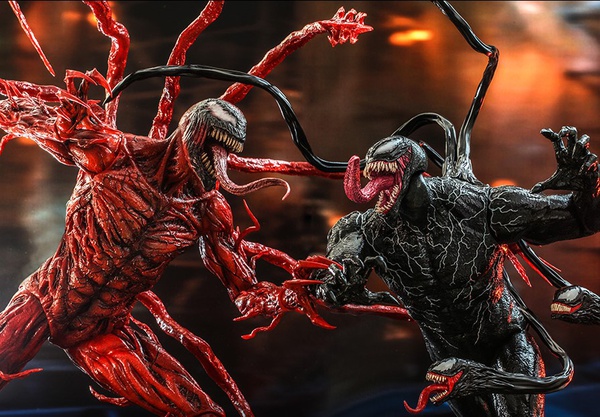 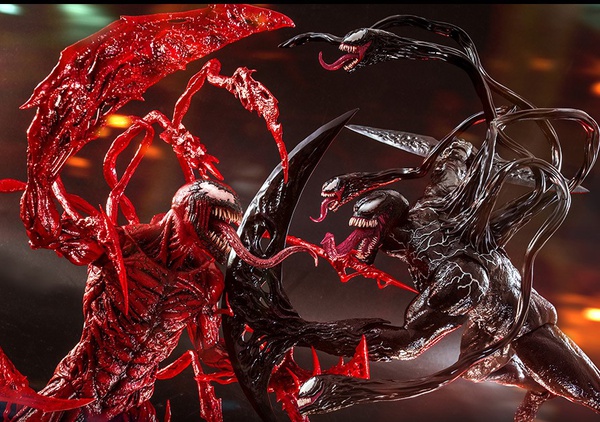 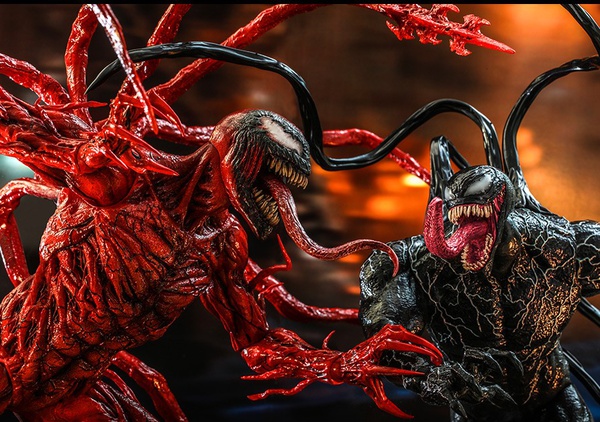 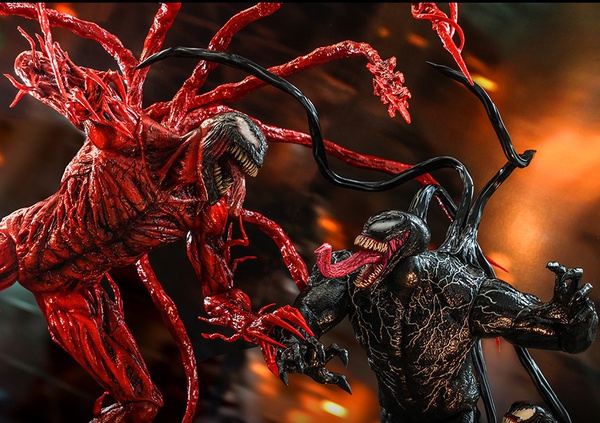 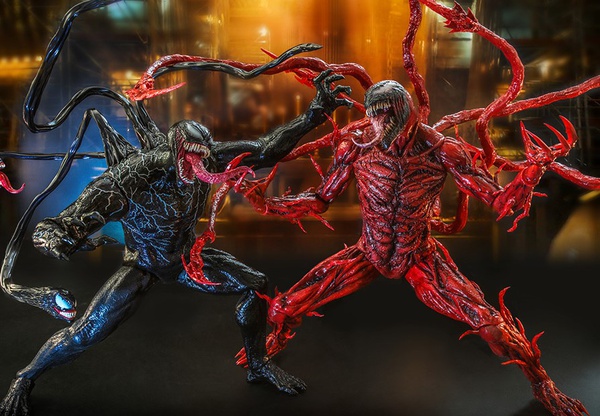 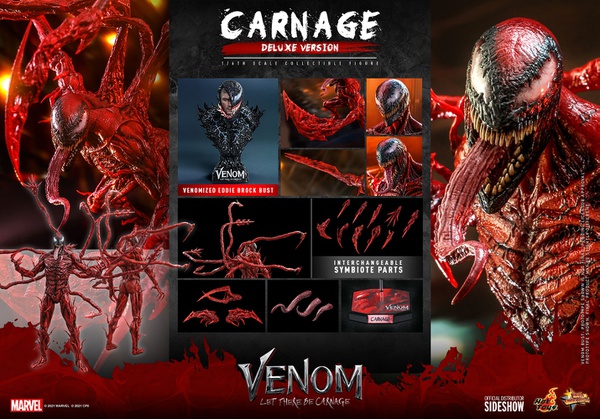 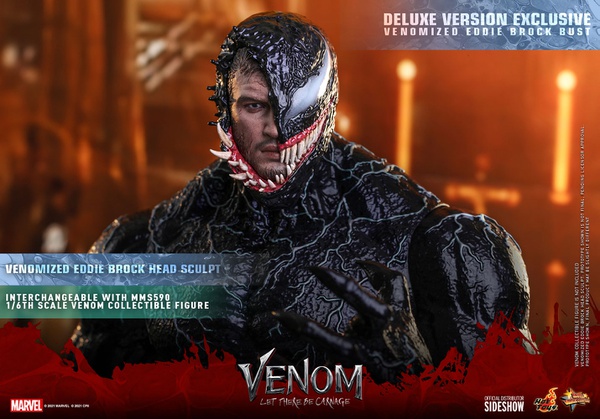 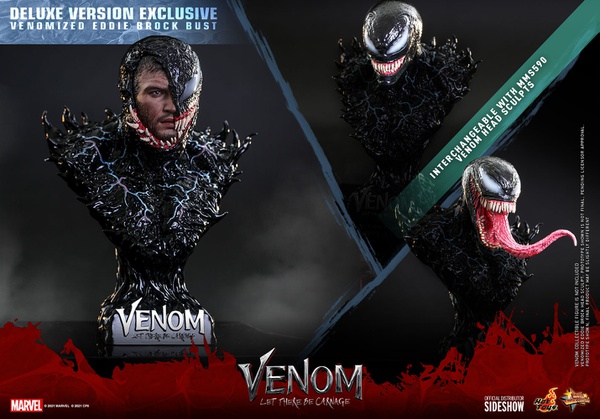 “Eddie, you feel like home to me…like family.” – Cletus Kasady

Watch out! The villain is here to unleash aggression and terror on the streets. Serial killer Cletus Kasady becomes the host of the symbiote Carnage and escapes prison after a failed execution. From Venom: Let There Be Carnage, Hot Toys presents the Carnage (Deluxe Version) Sixth Scale Collectible Figure, capturing the murderous, unhinged spirit that strikes fear into your symbiote collection.

Expertly crafted based on the screen appearance of Carnage from Venom: Let There Be Carnage, the highly accurate figure measures approximately 43cm tall displays a great level of detailed sculpting, especially on the texture of the skin, fearsome fanged mouth, and tongue. The 1:6th scale figure introduces a body painted with crimson red and black webbing; two newly developed head sculpts featuring a grinning head sculpt and a head sculpt with fanged mouth and three interchangeable protruding tongues; monstrous weapons and accessories including attacking claws, sickle, sword, also a number of symbiote tentacles sprouting from its back with different styles of interchangeable symbiote parts; and a figure stand.