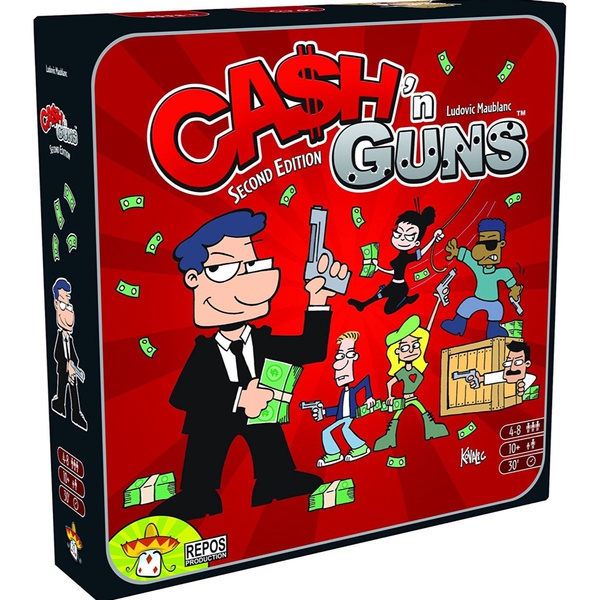 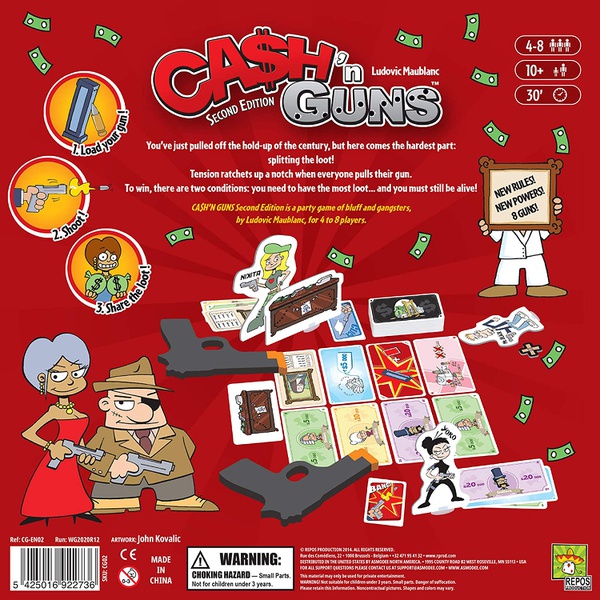 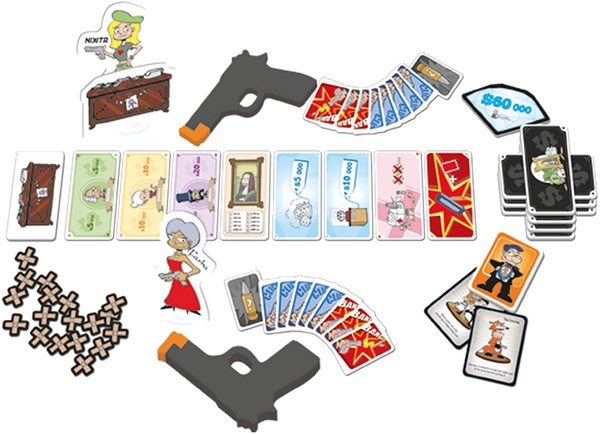 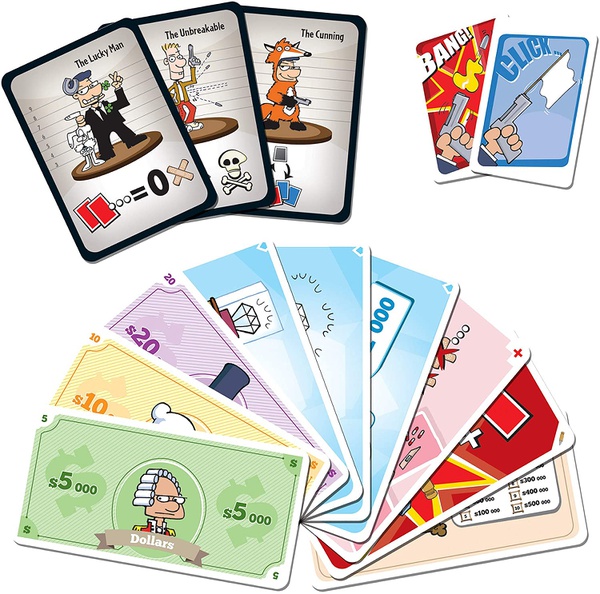 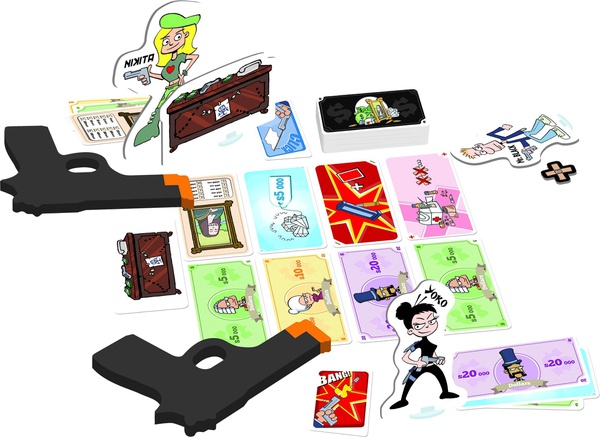 In an abandoned warehouse a gangster band is splitting its loot, but they can't agree on the split! It's time to let the guns talk and soon everyone is aiming at everyone. The richest surviving gangster wins the game!

Ca$h 'n Guns helps you relive the best scenes of your favorite gangster movies. The goal is to have more money than anyone else after eight rounds while still being alive.

Each round, one player is the Boss, and he controls the pace of play. First, loot cards are revealed on the table to show what's up for grabs. Next, players load their guns by secretly selecting either a "Bang!" or a "Click! Click!" card from their hand. The Boss counts to three, and on "Three" each player points his foam gun at someone else; due to his status, the Boss can tell one player who's pointing a gun at him that he needs to point it in another direction. After a pause to observe threats and measure the seriousness in an opponent's eyes, the Boss counts to three again and anyone who doesn't want to risk getting shot can chicken out and remove themselves from the round.

Everyone who's pointing a gun at someone still in the round now reveals their card, and anyone who's the target of a "Bang!" takes a wound marker and gets none of the available loot. Starting with the Boss, everyone still in the round takes one loot card at a time from the table — money, diamonds, paintings, the position of Boss, medical care (to remove a wound), or a new bullet (to add a "Bang!" card to your hand) — until everything has been claimed.