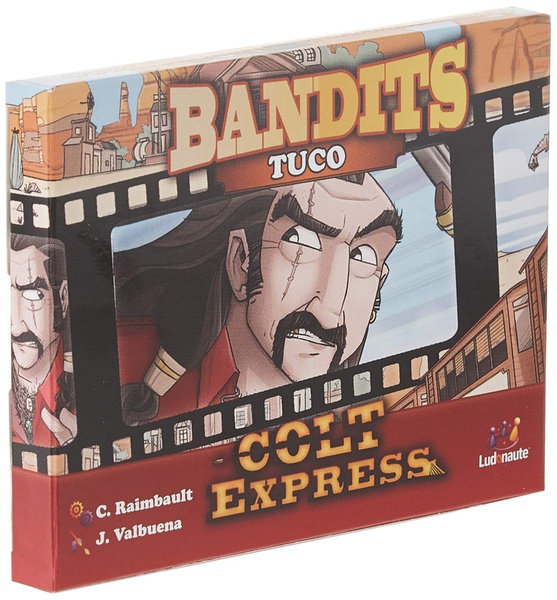 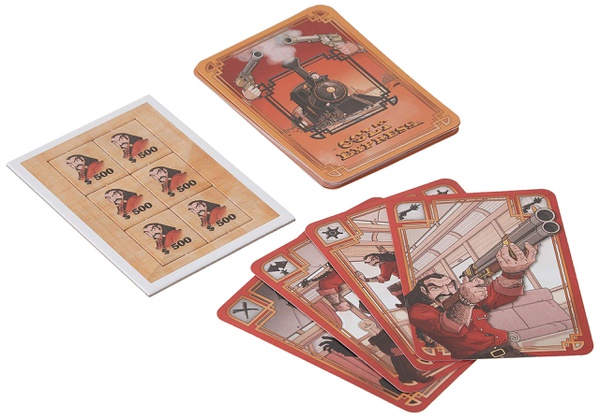 In the Tuco expansion, Tuco does not want to meet the Marshal, his former friend, against whom he bears a grudge.

Tuco's Fire and Punch hit all the possible targets, included Belle. The Swap action swaps Tuco and the Marshal's places, while Tuco's Marshal action takes the Marshal away from Tuco. If a player plays an action that brings the Marshal to the same location as Tuco, he receives a Wanted token (worth $500). At the end of the game, Tuco's loot is worth $250 per bullet he has shot.