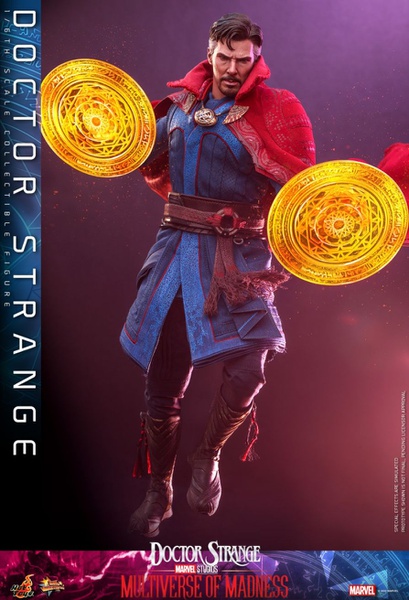 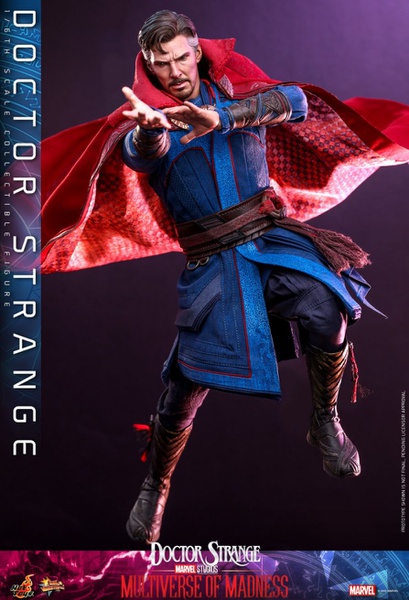 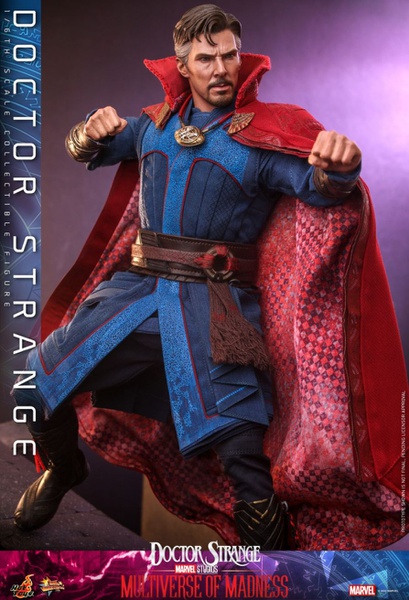 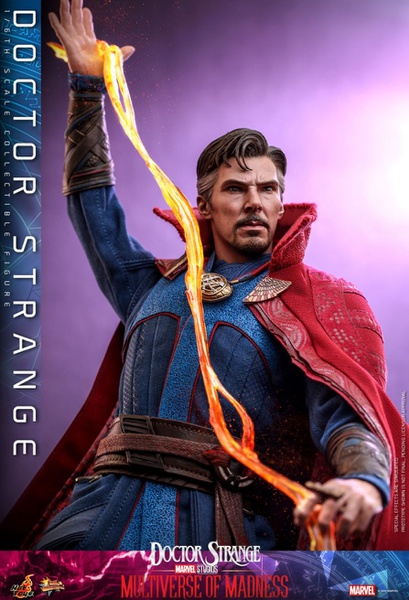 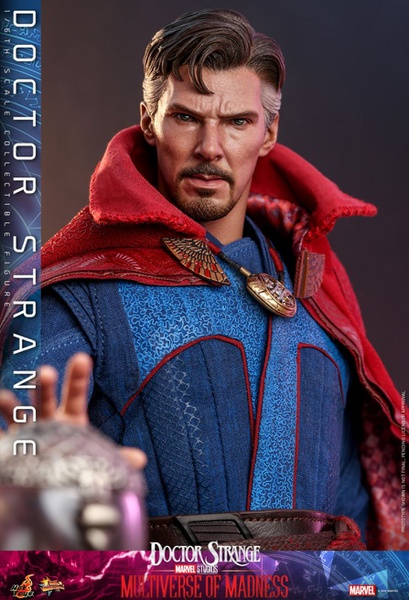 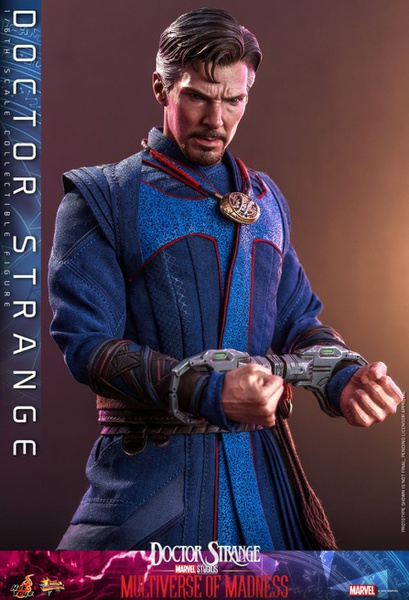 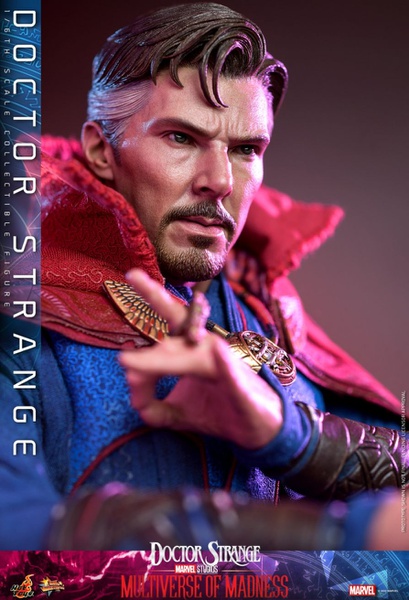 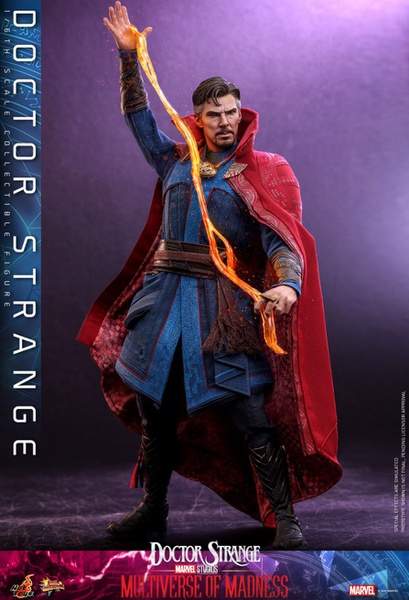 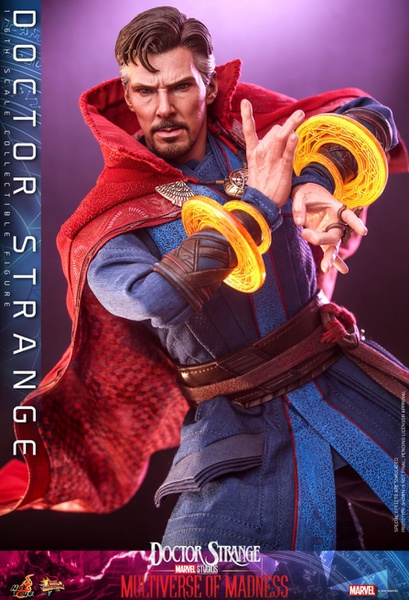 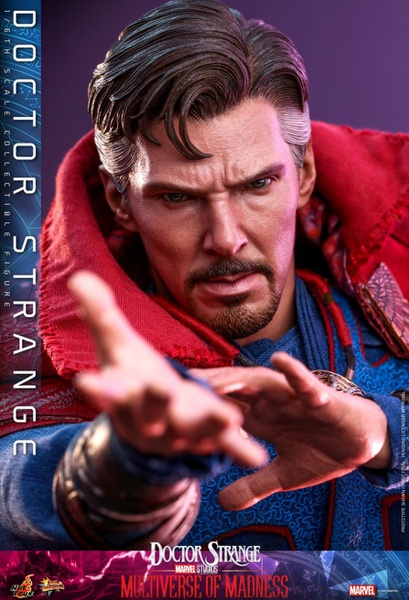 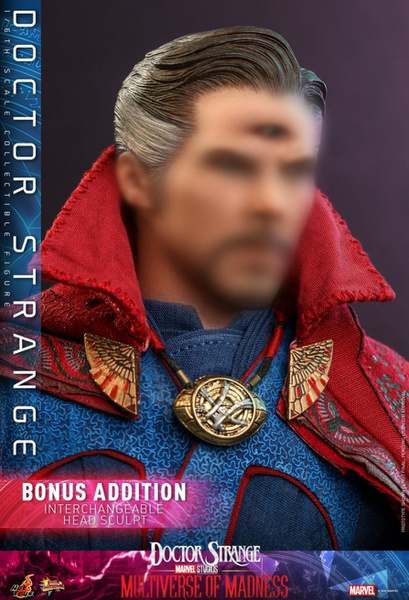 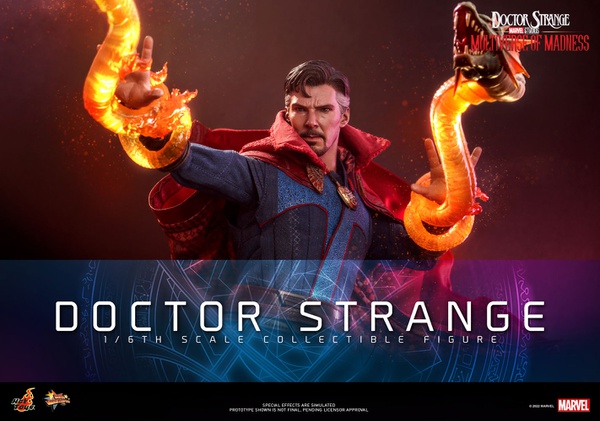 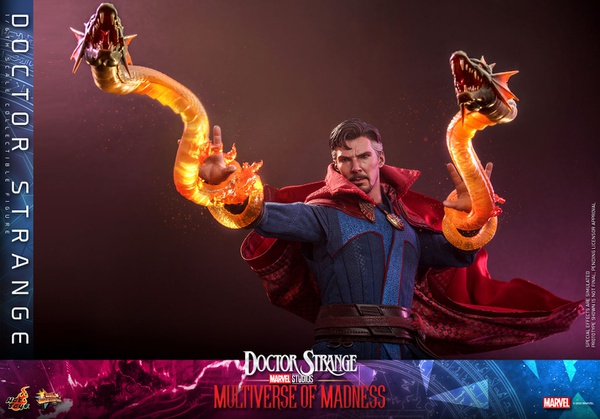 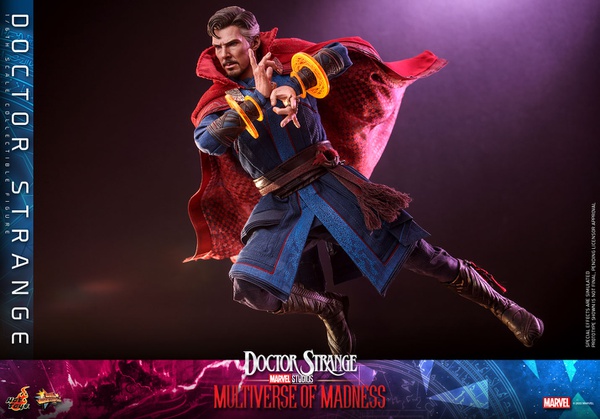 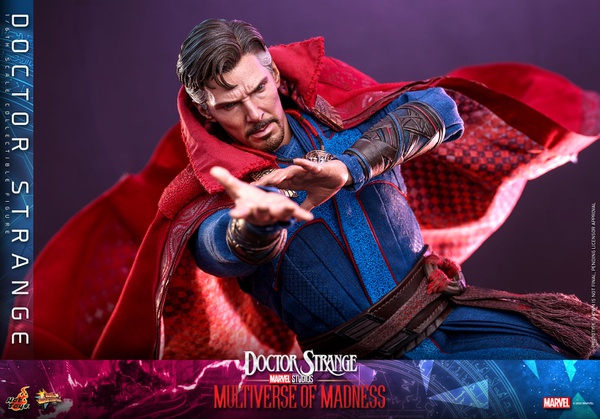 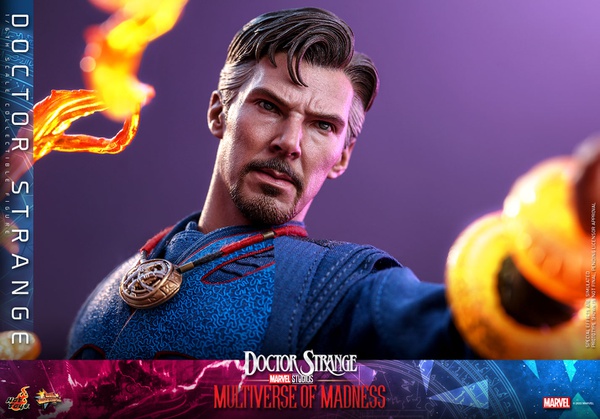 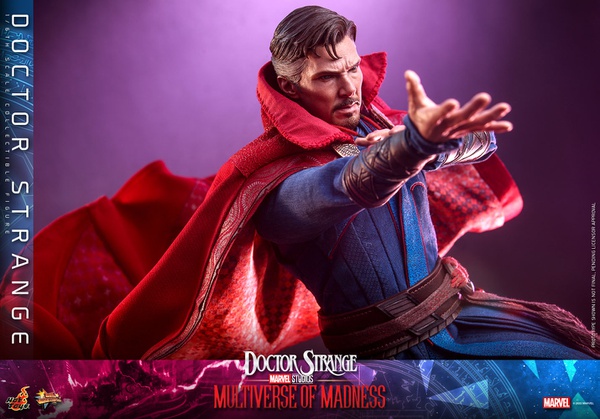 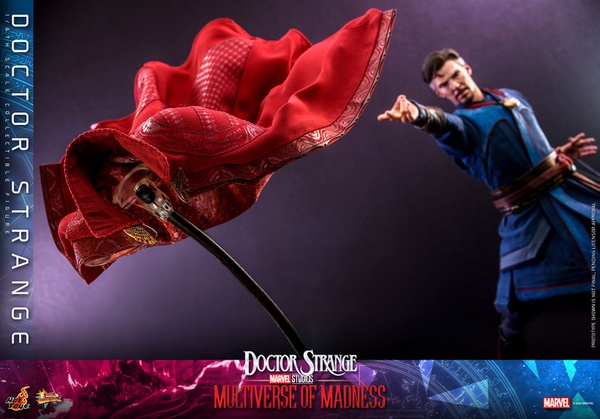 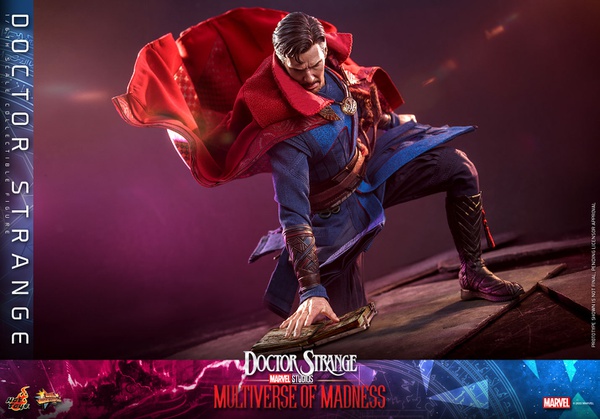 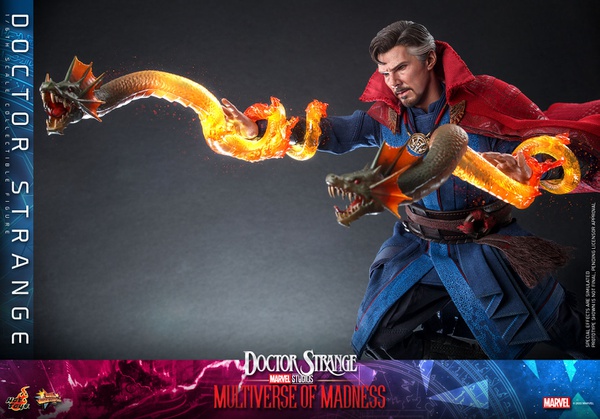 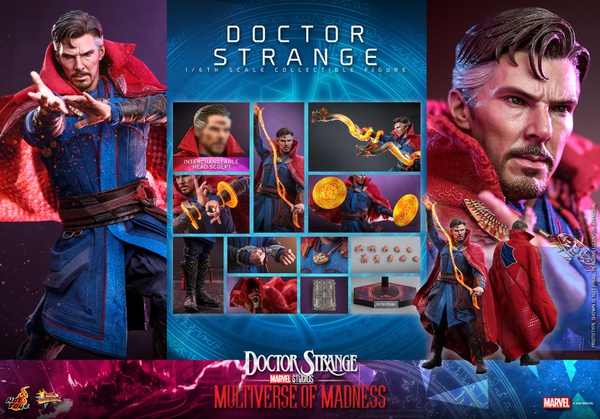 PAYMENT PLANS ARE AVAILABLE  OVER 18 MONTHS *

“Dreams are windows into the lives of our Multiversal selves.” – Doctor Strange

Marvel Studios’ Doctor Strange in the Multiverse of Madness continues to unlock the Multiverse in MCU and revealed more threats lurking through every dimension. The Master of Mystic Arts must journey into the unknown with mystical allies both old and new and confront variants of some familiar faces along the way.

To expand on the Marvel collection, Hot Toys officially presents the Doctor Strange Sixth Scale Collectible Figure inspired by Doctor Strange in the Multiverse of Madness.

Faithfully crafted based on the appearance of Benedict Cumberbatch as Doctor Strange in the movie, this figure features a newly developed head sculpt with short hair sculpture; an aesthetic recreation of the tunic outfit in layers, sculpted boots and arm wraps, a new Cloak of Levitation with blue patch; amazing accessories including The Book of Vishanti, a pair of handcuff, a number of mystic art effects, a dynamic figure base specially designed for the figure and the cape.

The Hot Toys team is excited to enrich the collector experience by adding a newly developed Doctor Strange head sculpt with a third eye on the forehead as seen in the post-credit scenes.

The new Doctor Strange figure is going to push your Marvel collection boundaries!