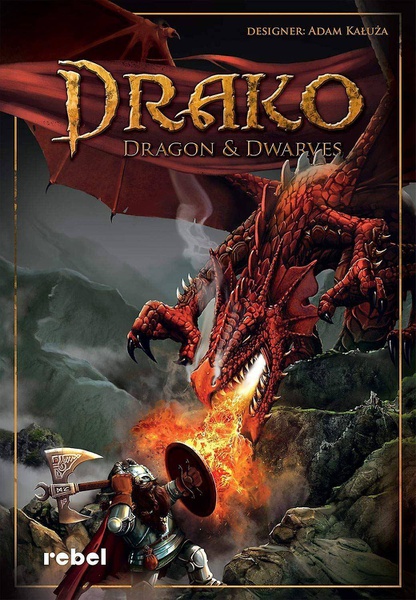 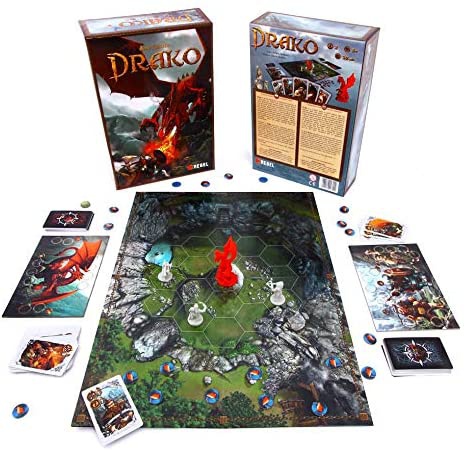 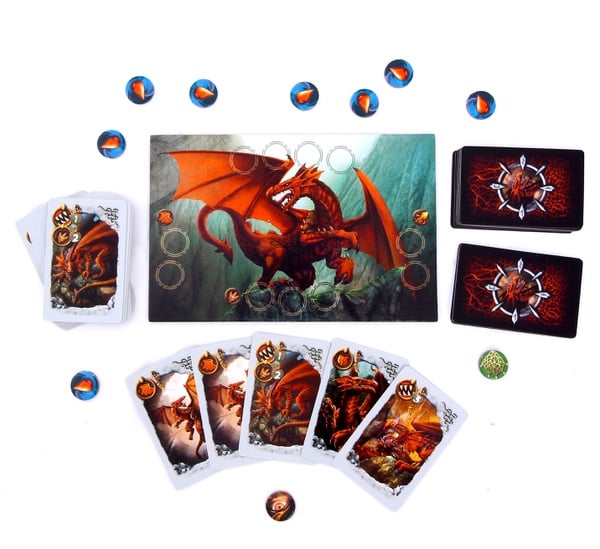 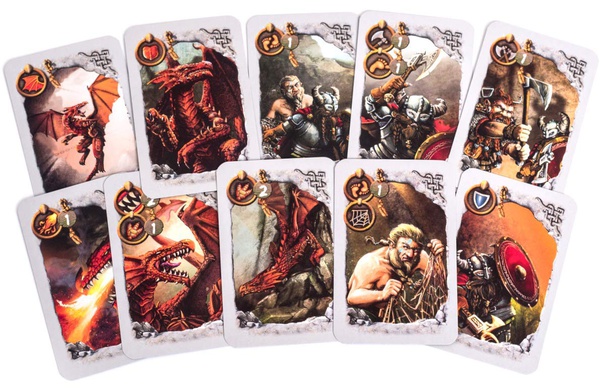 Drako: Dragon & Dwarves is an asymmetrical game for two players, with one player leading a team of three dwarves who are experienced dragon hunters and the other playing a red dragon that has spread terror amongst local peasants. The dwarves have managed to trap the dragon in a shady valley at the foot of the mountain where it lives – apparently dragons can't resist the smell of freshly slaughtered sheep – but despite being in chains, the dragon is still young and ferocious, providing the dwarves with the difficult task of killing it without being killed themselves.

Each player has a unique deck of cards, and each card has symbols on it to indicate possible actions. The dragon can move around the game board, bite, shoot fire, fly (in a limited way), and defend itself from attacks; the dwarves can attack with their axes, shoot crossbows, move individually or in groups, protect themselves with shields, and cast nets.

Each player can have up to six cards in hand, and managing these cards and maneuvering their characters on the game board are the keys to victory. Has the opponent run out of defense cards? Can the dragon nip the strongest dwarf and take him out without opening himself up to attacks from the others? The dwarves can attack the dragon's wings to keep it from flying, chop its legs so it can't move, and cut its throat to prevent it from breathing fire.

If the dwarves kill the dragon before it breaks from the trap – that is before dwarves run out of cards – they win. If the dragon survives or defeats the dwarves, he will manage to free his trapped leg and fly away, triumphing over his opponents.