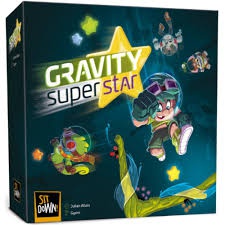 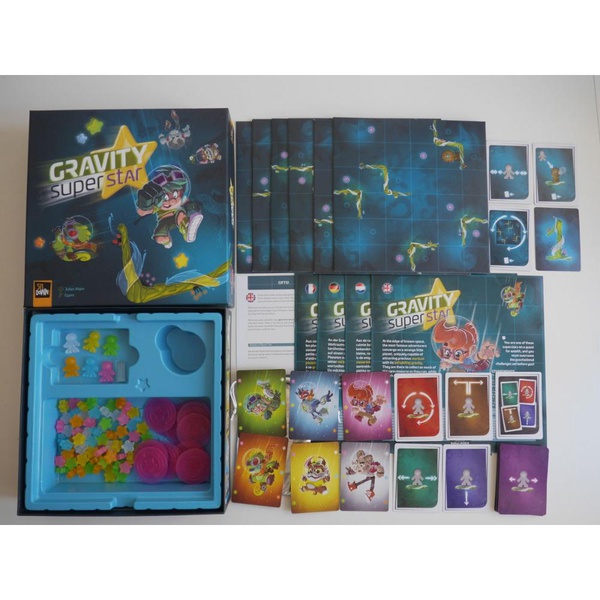 At the edge of known space, the most famous adventurers converge on a strange little planet that is uniquely capable of attracting precious stardust with its befuddling gravity. These adventurers are there to collect as much of this rare resource as they can, while their rivals constantly try to steal it. You are one of these superstars on a quest for wealth, and you must overcome the gravitational challenges set before you!

What is really original about Gravity Superstar is the manner in which the players' pawns move: Each turn, they move one or two spaces, then they are affected by gravity, which makes them fall until they are stopped by a platform. This effect is made possible by the fact that the pawns are used lying down on the board. Thus, they move up (above their head), down (below their feet), left, or right.

During its movement, a pawn can collect stars (to score points at the end of the game) or replay tokens (to take a second consecutive turn), and eject opponents' pawns from the board.