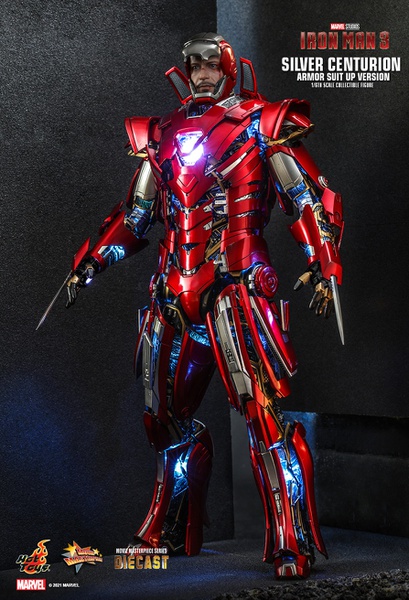 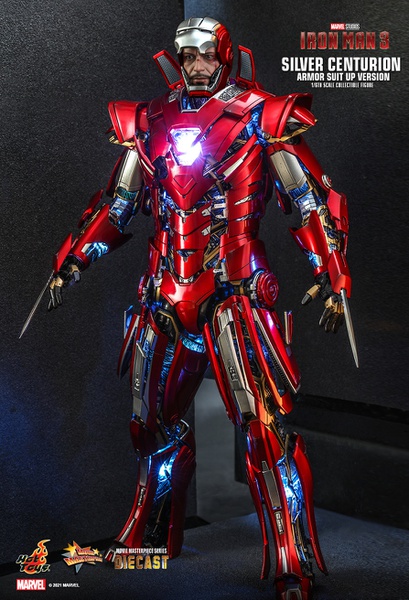 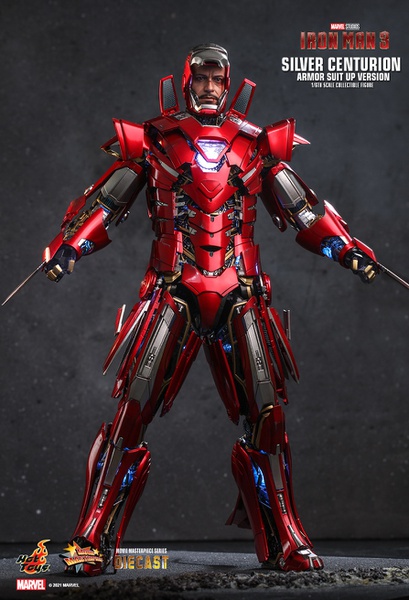 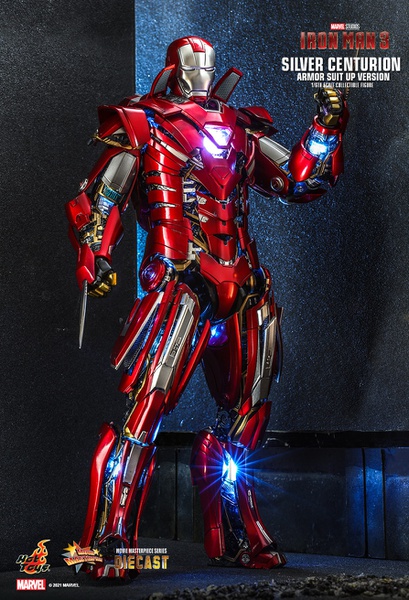 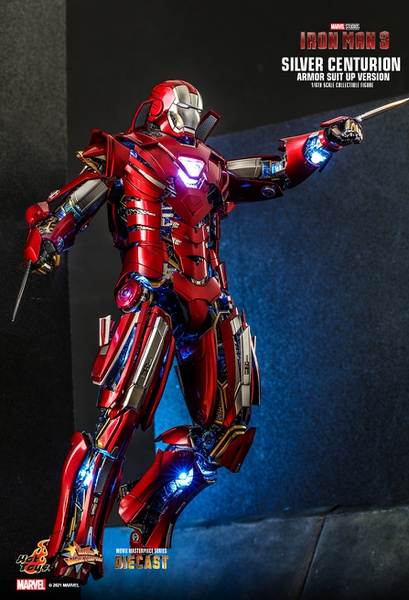 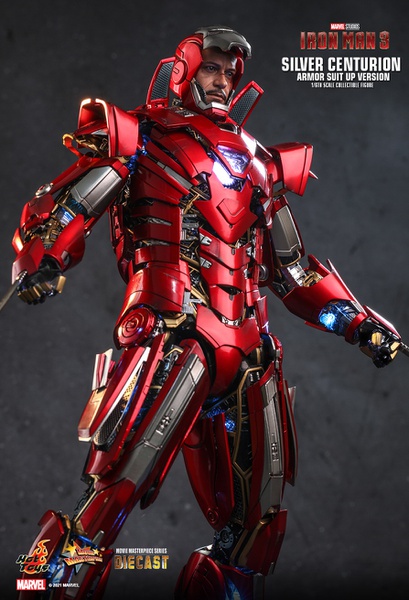 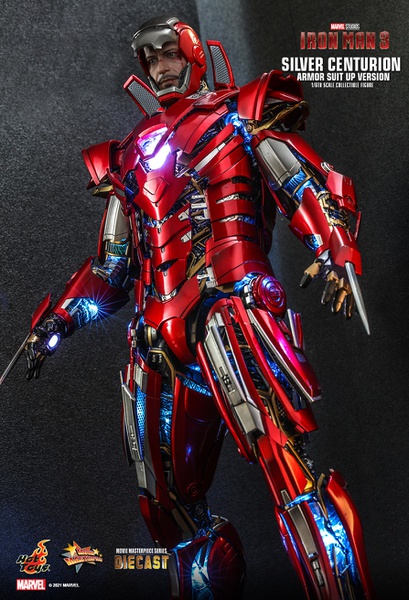 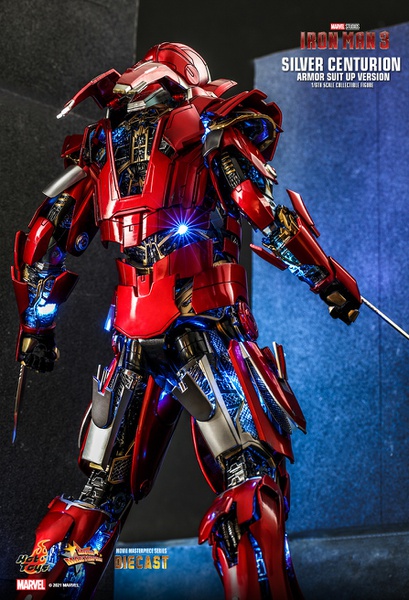 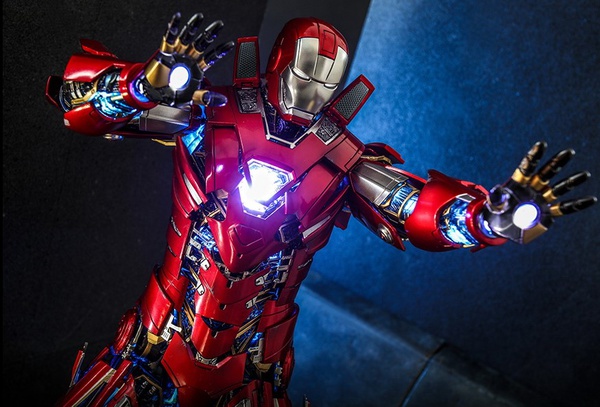 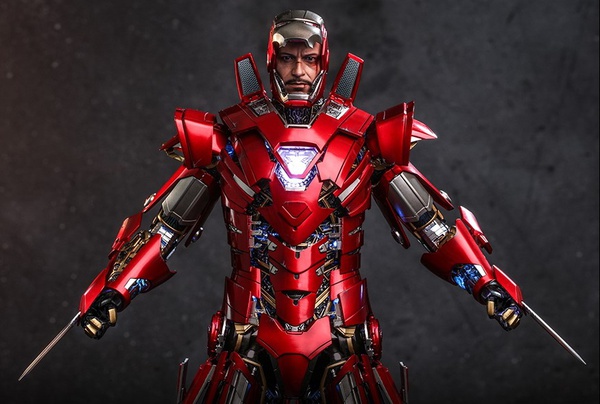 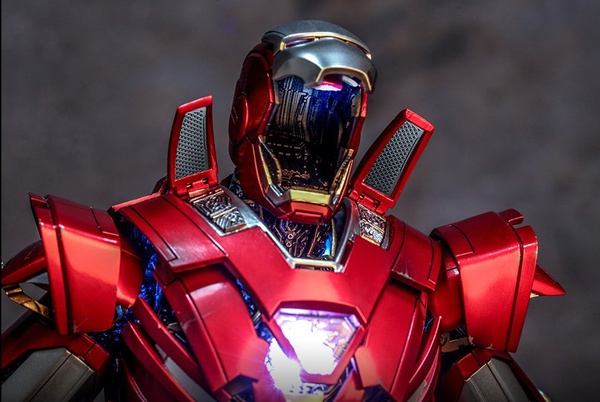 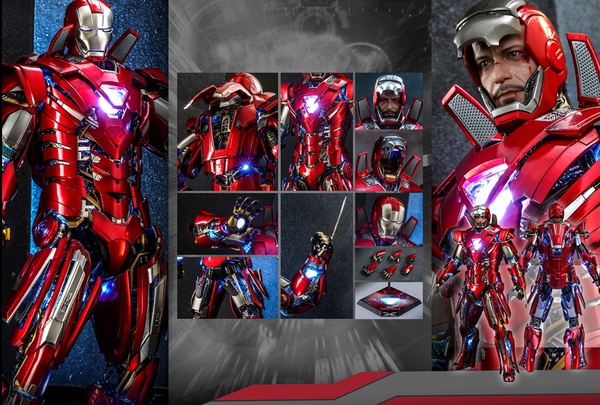 Facing down his adversary, Iron Man primes his cutting-edge armour to discharge high-energy lasers in Iron Man 3. Known by its code name as the “Silver Centurion”, Iron Man Mark XXXIII is an Enhanced Energy Suit engineered by Tony Stark with more powerful repulsors. It was activated along with all the other suits when Tony ordered to initiate the “House Party Protocol”.

Recreates one of the extraordinary armours from the Iron Legion, Hot Toys is proud to present Silver Centurion (Armor Suit Up Version) Sixth Scale Collectible Figure from the Iron Man 3 collection. Features specially designed armour parts to simulate the real-time suiting up process and illustrate its mechanical beauty.

Exquisitely crafted based on Silver Centurion in Iron Man 3, the diecast figure features a newly painted helmeted head sculpt with battle damage effects; a newly designed helmet head with LED-light up function and detachable mask; armour suit skillfully painted in crimson red and silver colouring with a metallic appearance; intricate design of the armours translating its complex structure and mechanical details; LED light-up functions scattered throughout the arms, legs, Arc Reactor on the chest and back; a pair of diecast forearm blades, interchangeable hands, and a figure stand.

This one-of-a-kind armour will certainly make a powerful addition to your Marvel collection!