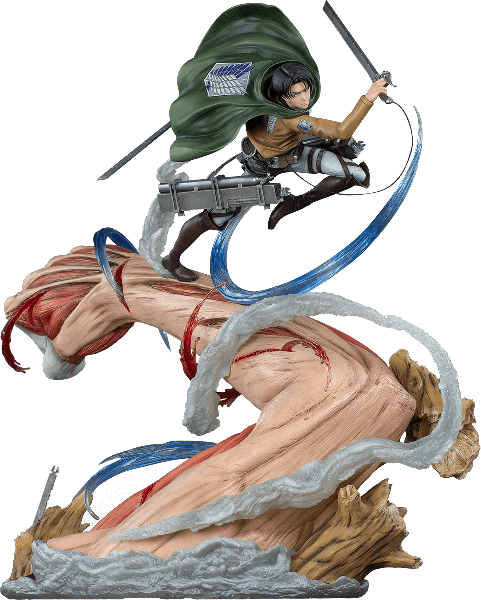 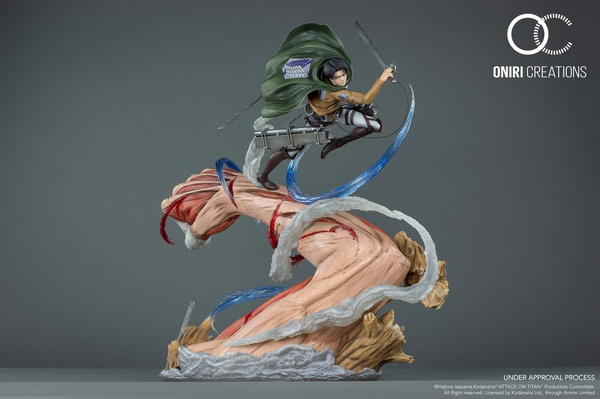 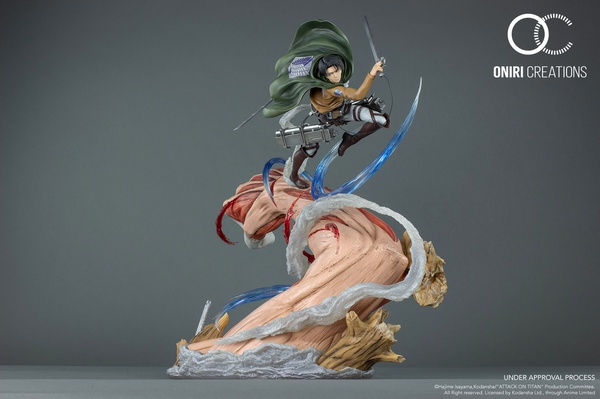 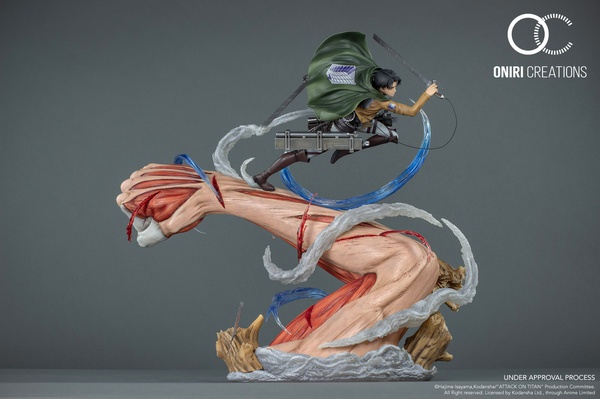 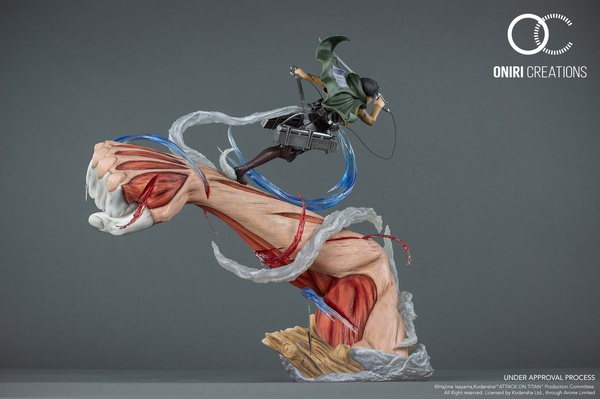 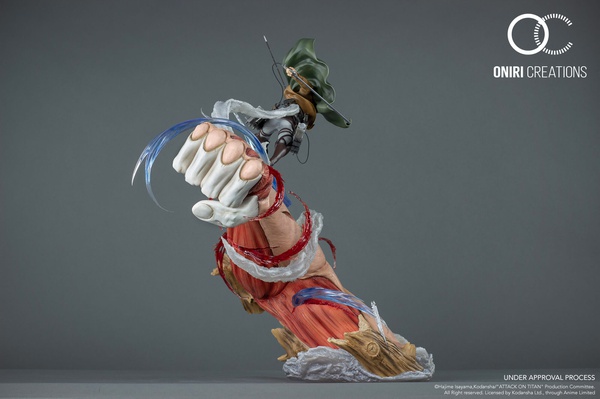 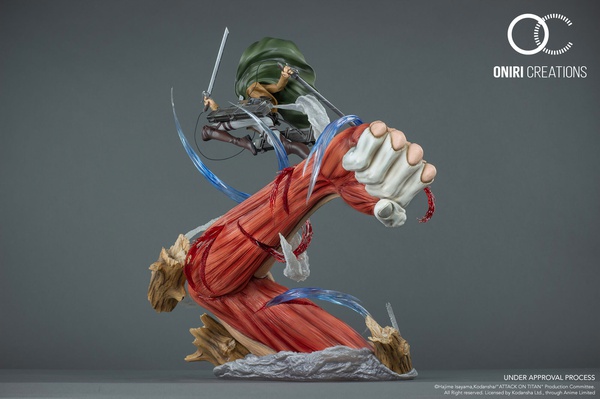 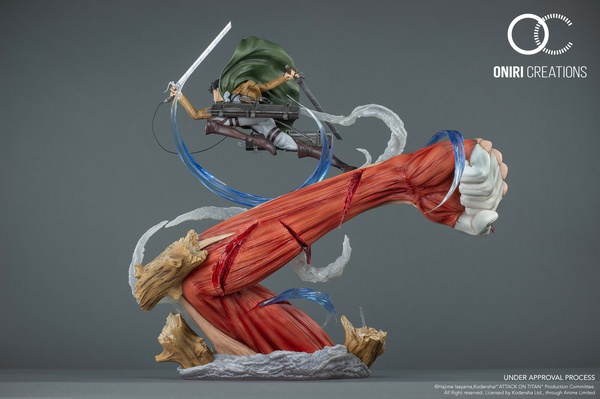 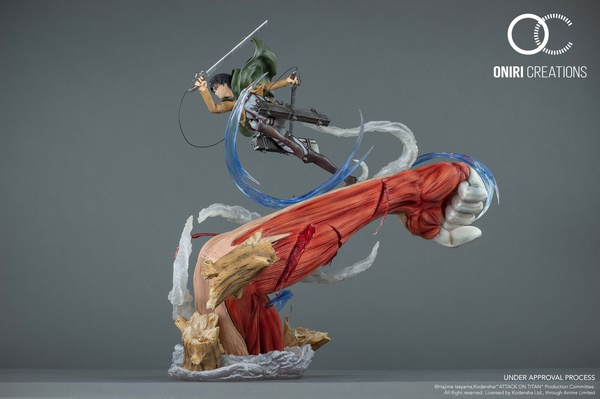 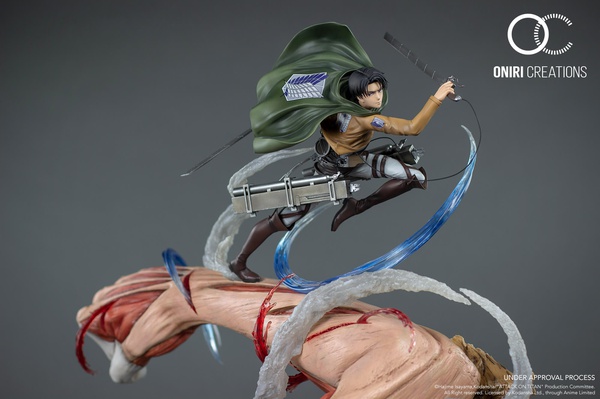 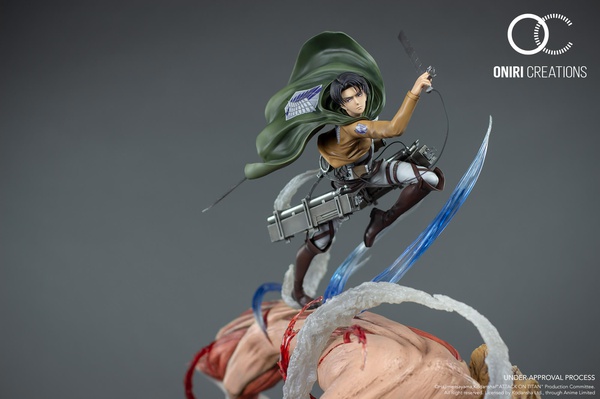 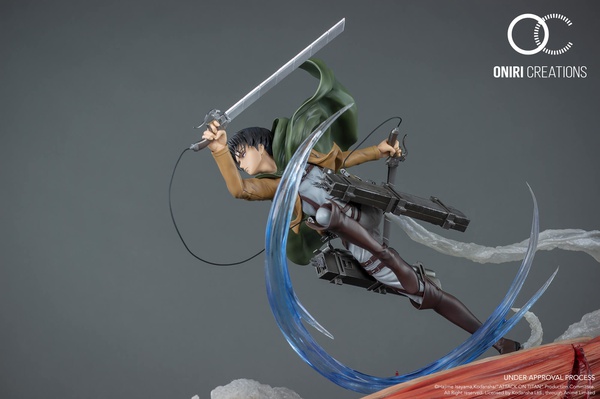 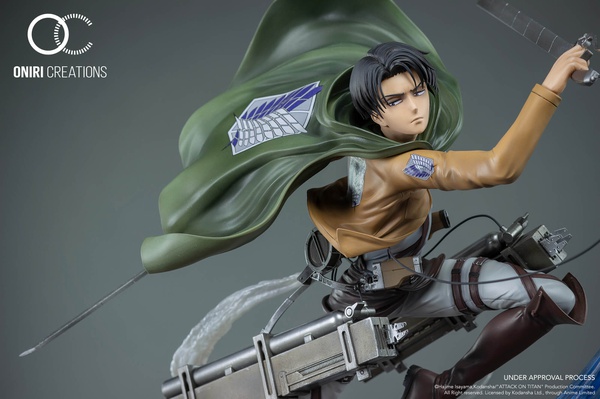 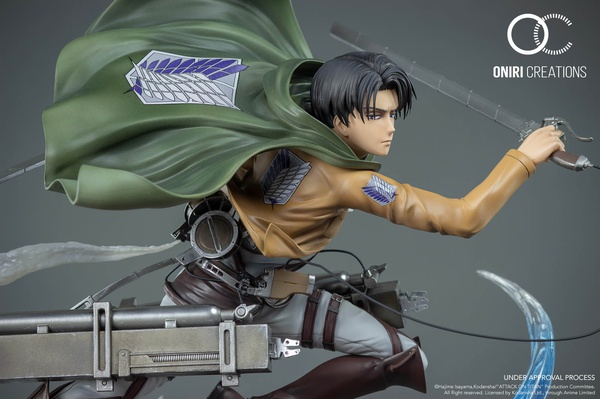 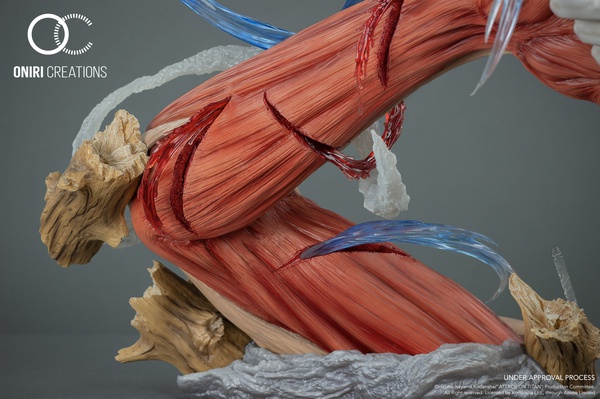 ABOUT THIS 1/6 Scale statue

This is Oniri Creation’s very first statue from Attack on Titan (Shingeki No Kyojin)!

The statue features the charismatic Corporal Levi in his fight against the Female Titan. Certainly one of the most memorable scenes of the first season of the anime where we can see all the power of the character who will quickly incapacitate his enemy by carrying blows at the speed of lightning.

Made of a whopping amount of 54 parts, this statue is a true technical challenge. This diorama is detailed to the max, and every single part of the 3D manoeuvre gear was carefully reproduced and supervised by Kodansha. The speed and blood effects are made using a transparent material. Levi as usual hasn't held back, the Titan arm presenting deep cuts with fresh blood. So as to be accurate to Female titan's design, an intricate network of translucent veins has been painted under the skin.

This difficult painting process requires over a dozen layers to achieve a realistic skin look and as per usual with Oniri Creations’ projects, PVC will only be used for the most fragile parts and as a last resort.

Attack on Titan (Shingeki No Kyojin)