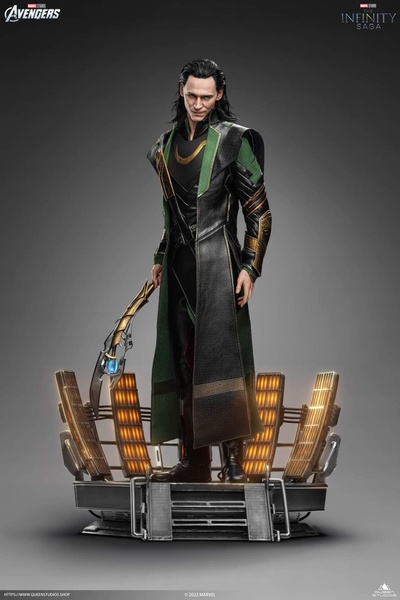 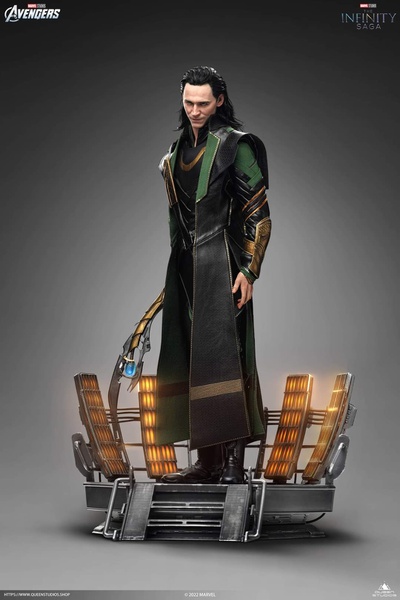 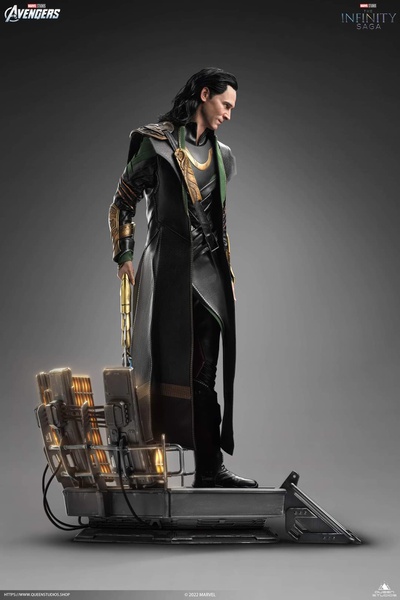 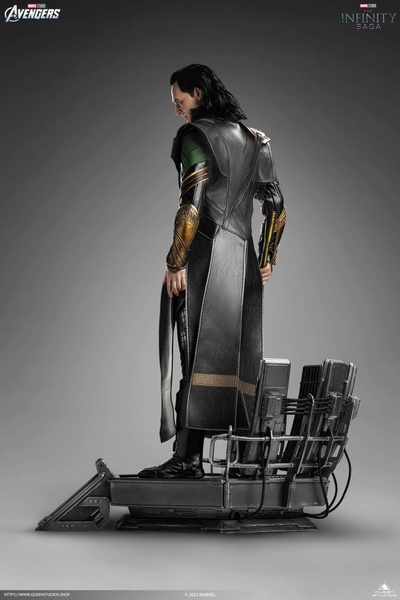 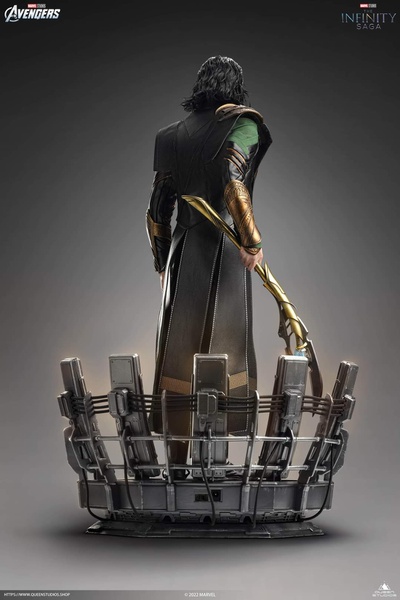 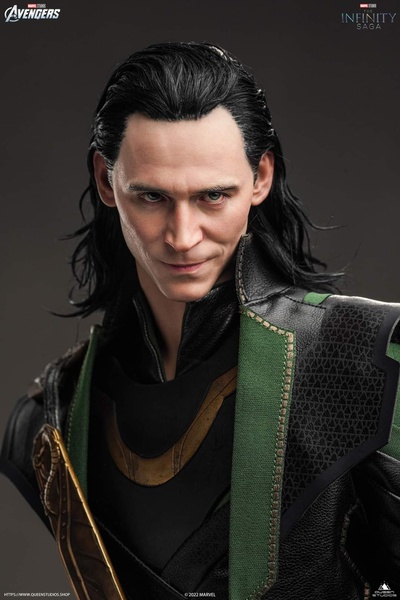 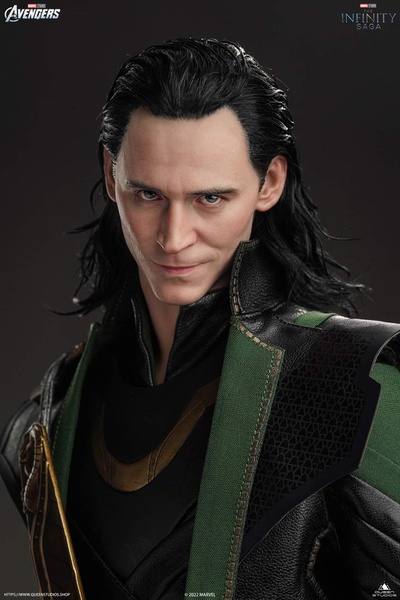 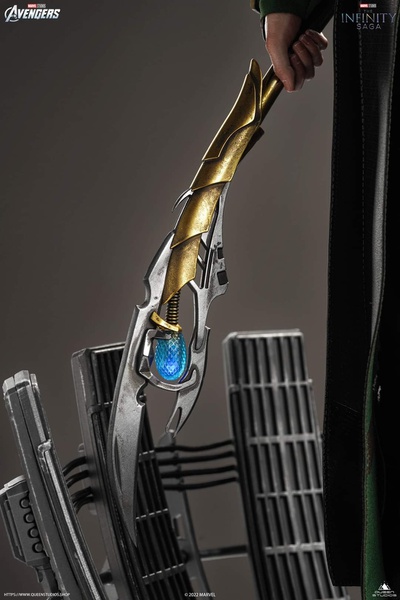 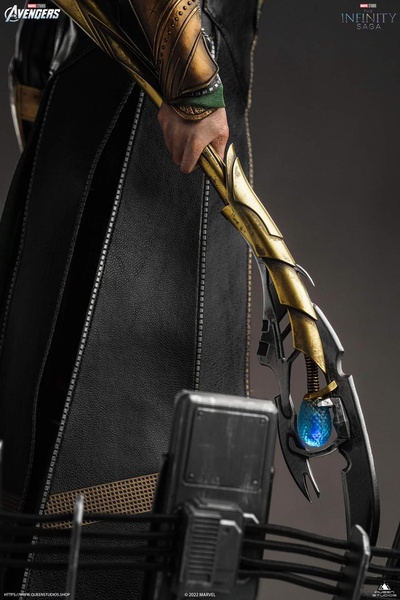 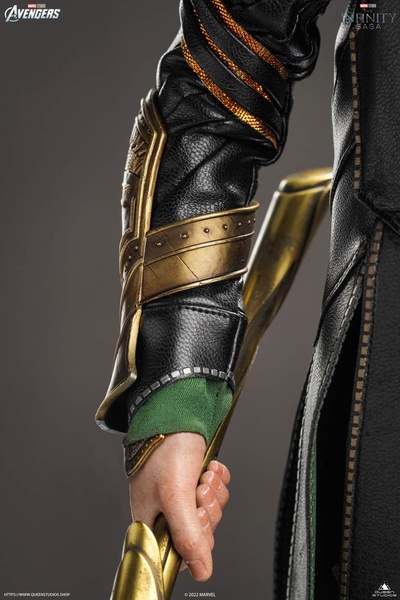 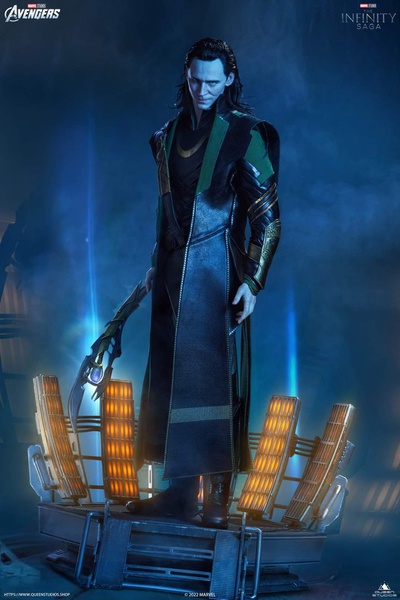 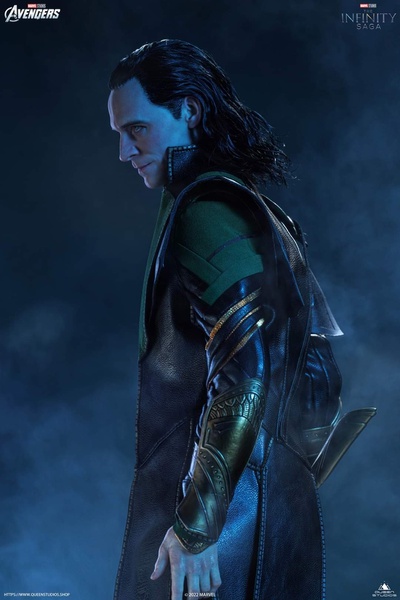 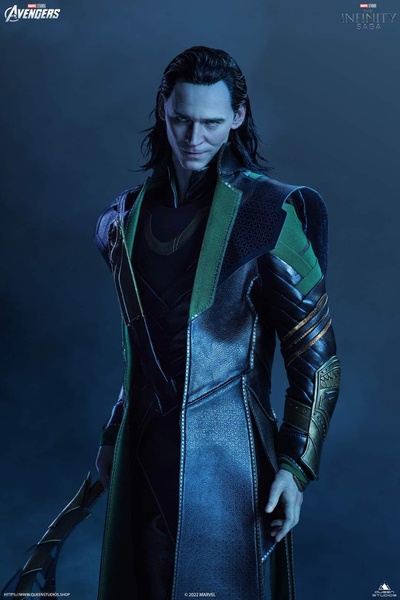 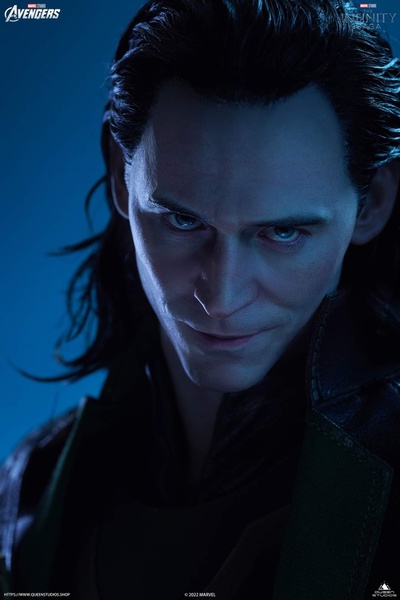 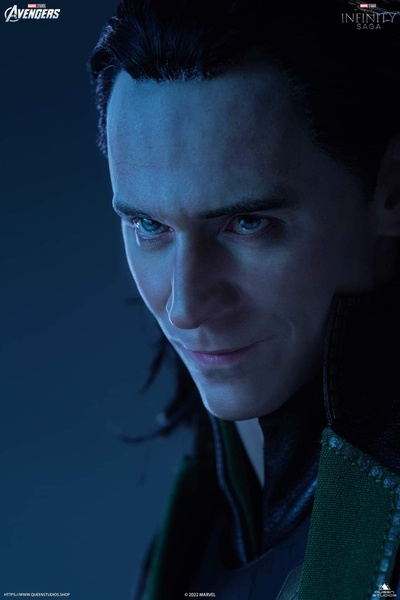 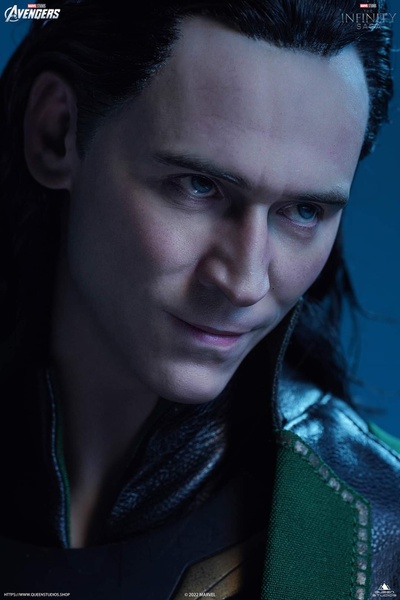 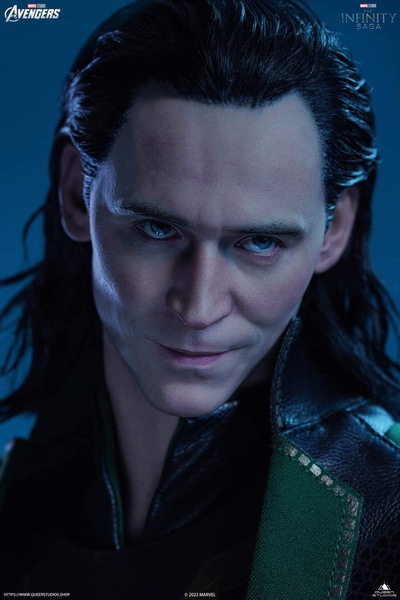 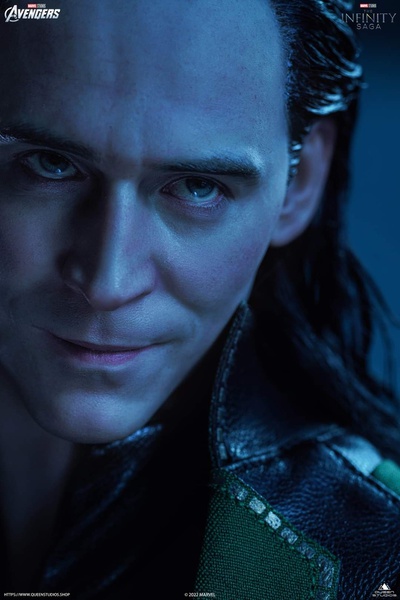 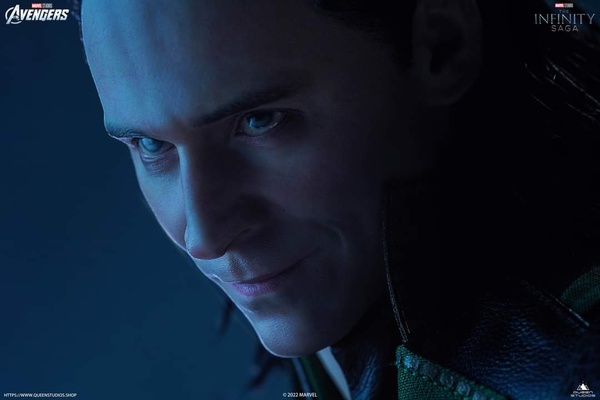 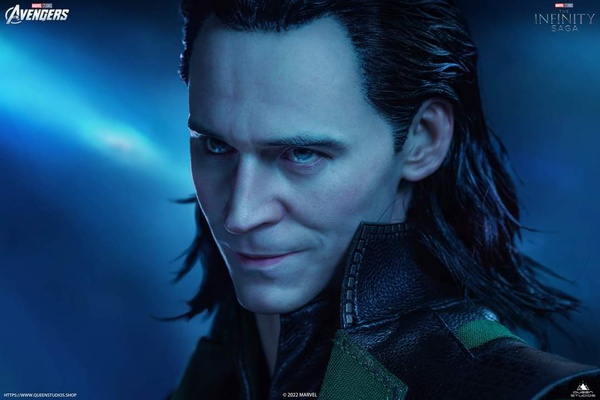 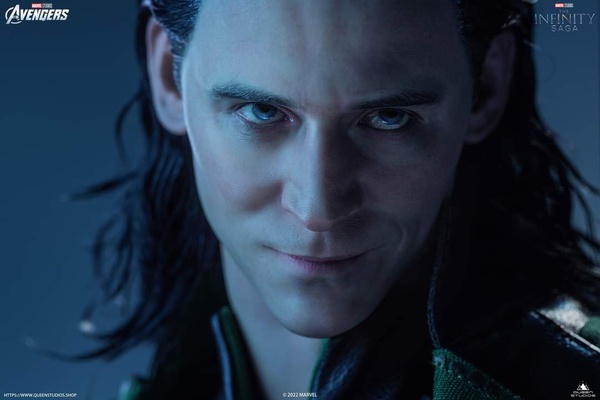 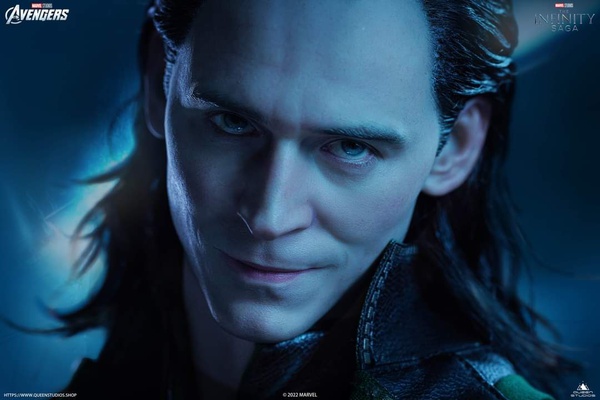 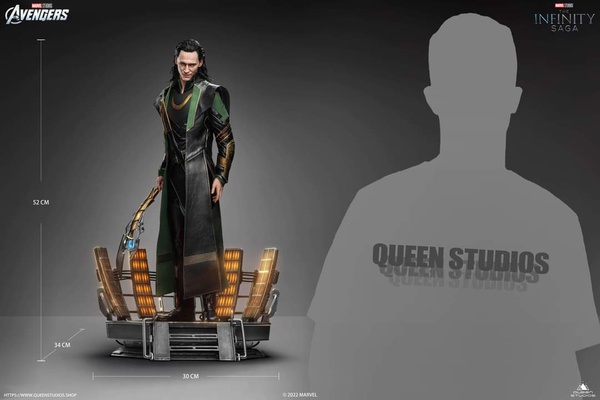 As seen in Marvel Studios'Avengers, few villains have proven themselves as charismatic and unforgettable as the devious Loki. Born in the frigid wastes of Jotunheim and raised in Asgard alongside his brother Thor, the prince of lies has always wanted it all.
With his natural gifts in deception and manipulation, Loki initiated a chain of events that would imperil the world - but which also brought together the heroic Avengers for the first time!

This Queen Studios'Loki 1/4 scale statue stands at 58cm tall and captures Loki from Marvel Studios' Avengers (2012) with incredible movie accuracy. Crafted from polystone, the head sculpt has been painstakingly sculpted to capture Tom Hiddleston as Loki.
The Queen Studios team has also used state-of-the-art technology to root his hair made of fine sheep's wool creating authenticity, unlike any other 1/4 statue.

For the body and base, the Queen Studios team have painstakingly tailored the God of Mischief's iconic black and green costume with green cape and gold trim with stunning accuracy. The movie inspired base includes led lighting that mimics the exact same lighting as seen in Marvel Studios' Avengers (2012), highlighting the fine details of this incredible statue from below, making this piece a perfect addition to your Avengers
collection.