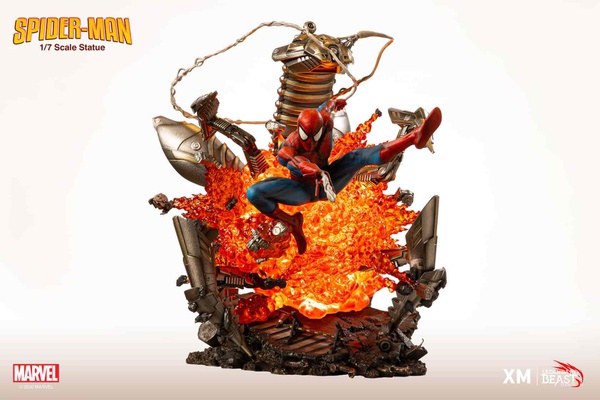 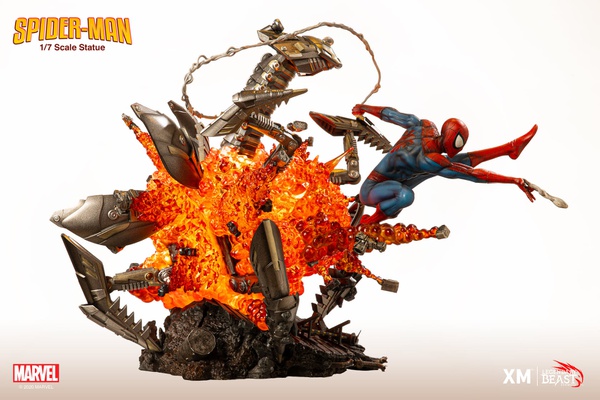 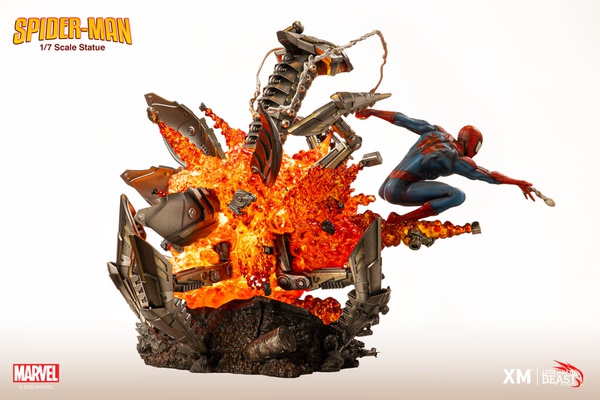 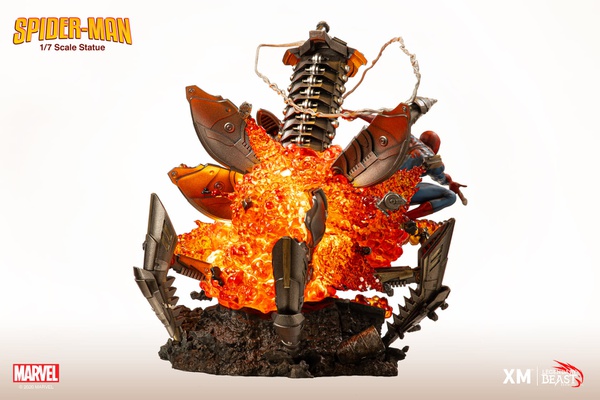 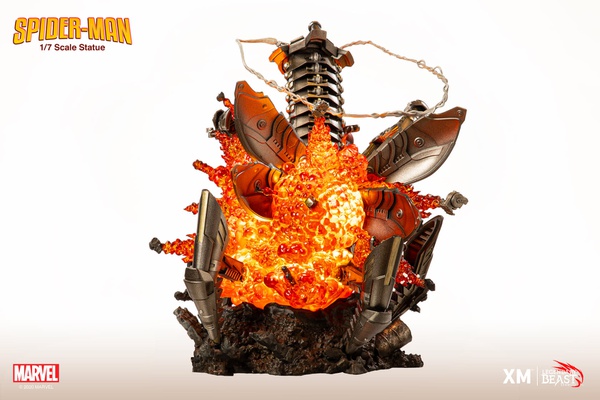 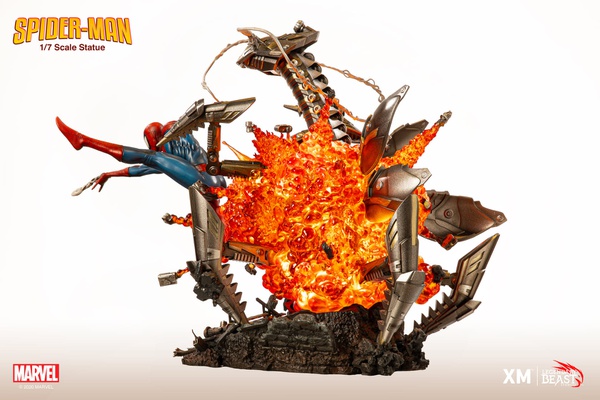 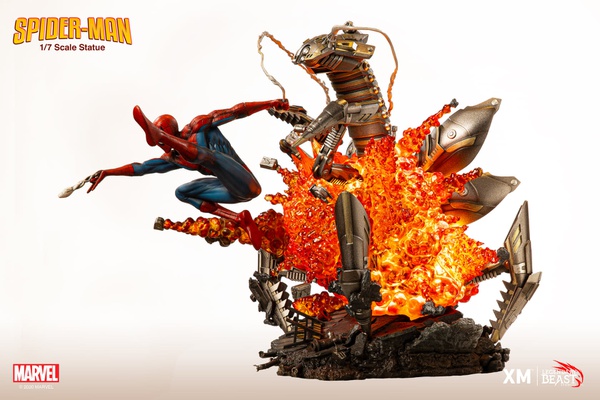 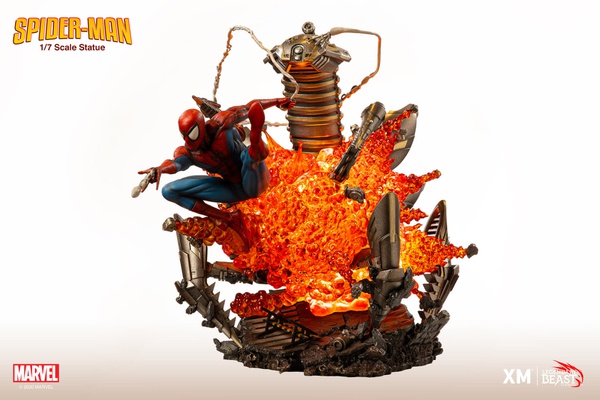 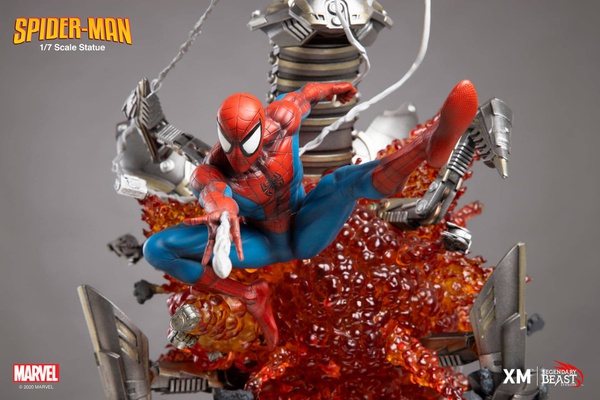 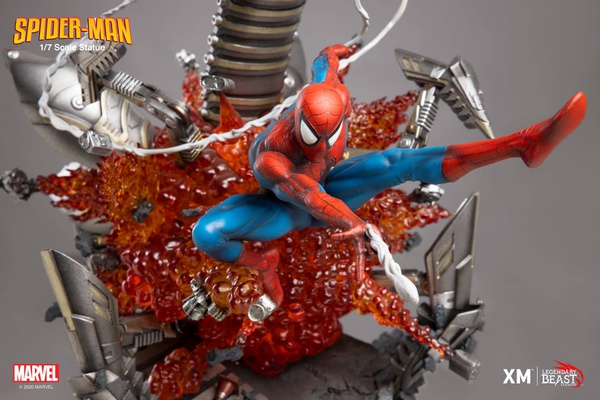 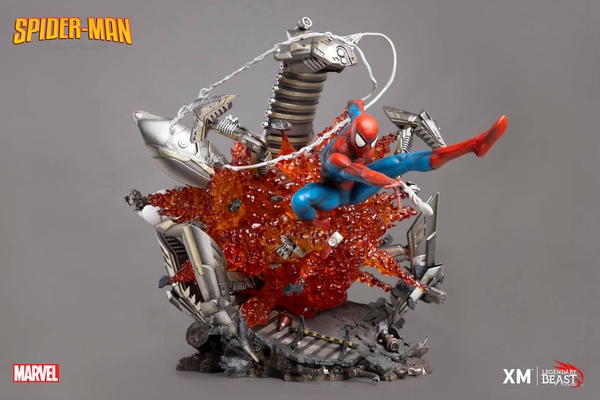 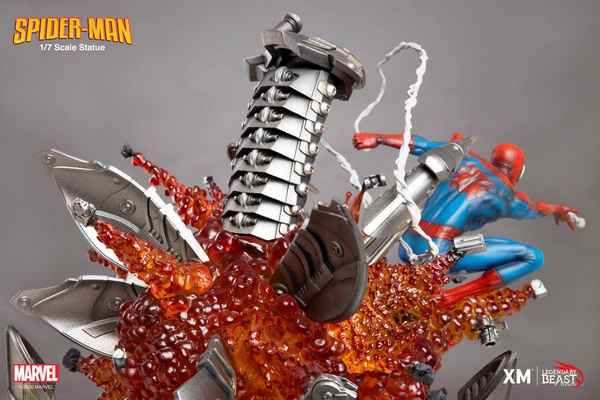 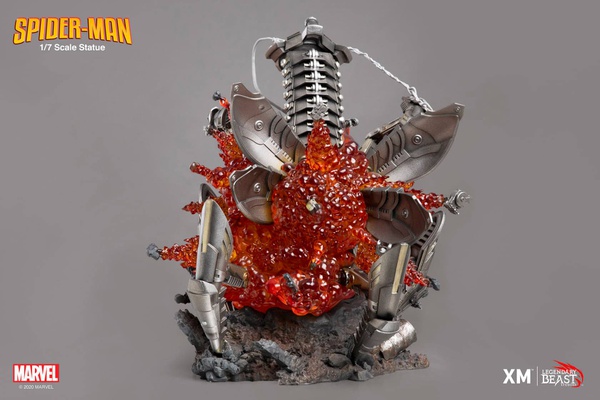 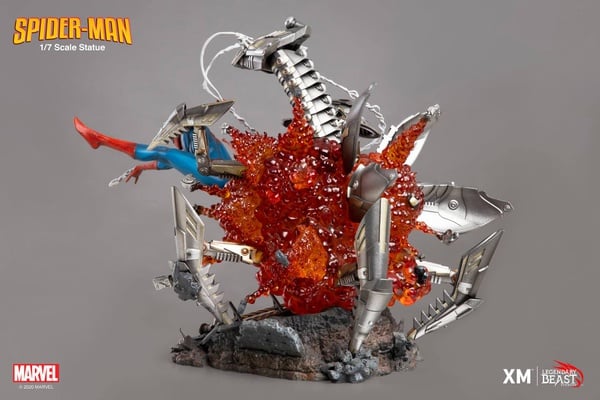 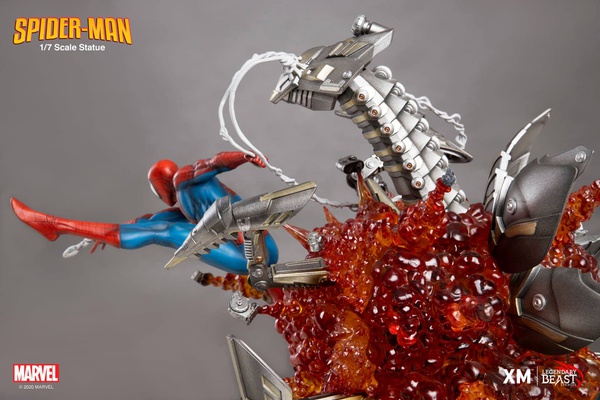 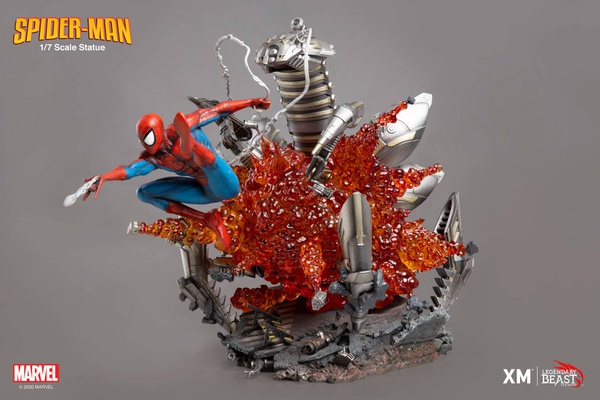 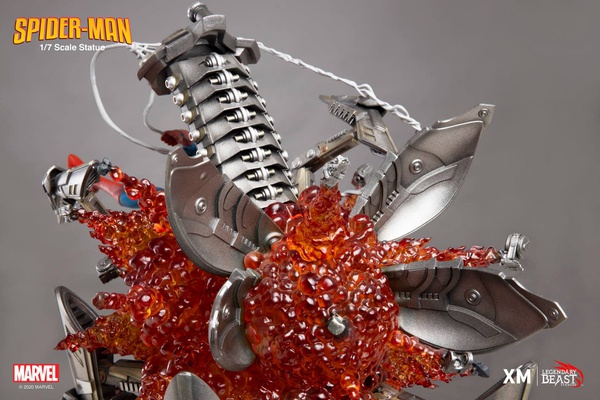 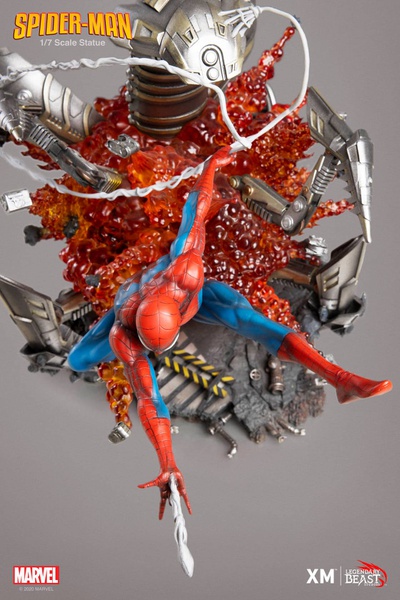 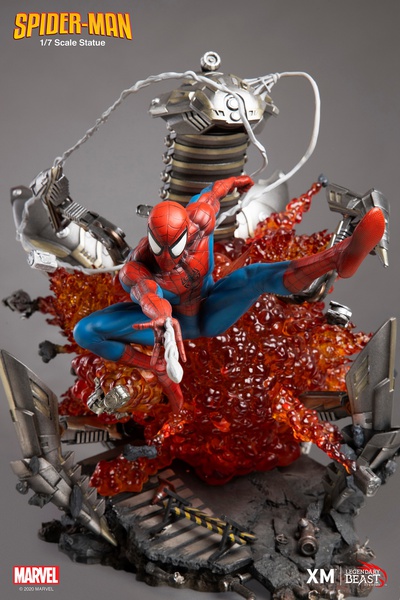 Legendary Beast Studios in collaboration with XM Studios are proud to present The Amazing Spider-Man! Our second in this explosive 1/7 Scale Impact Series. Leaping away from certain danger, our friendly neighbourhood Spider-Man uses his agile body to avoid the ferocious mechanical Spider-Bot! Showcasing a detailed explosive effect with Spider-Bot parts flying everywhere, this statue highlights our hero’s Spider-Sense at its fullest as he dodges every projectile with ease.

Bitten by a radioactive spider, Peter Parker’s arachnid abilities give him amazing powers he uses to help others, while his personal life continues to offer plenty of obstacles.

Giving collectors a choice for their collection, we have two versions available. Version A is for those of who want the clear resin version. The only version to use this brilliant resin with a light feature that will make the explosive detail stand out in a way not seen before in statues. The light up feature will bring out the reds, oranges and yellows that can be seen in detail day or night.

Version B will highlight the RESIN ONLY paint effect for the Spider-Bot explosion that many collectors are used to. This will have the high detailed paint application collectors have come to expect in their collection. Both versions are exactly the same apart from the explosive effect, so pick what your heart wants. Or even better, pick both!!

A Complex and detailed Polystone Statue featuring a destroyed street base scene with the Villainous Spider-Bot and Iconic Spider-Man featuring his wrap around web design. This Version will be CLEAR RESIN ONLY explosion effect. Featuring Light Up feature to highlight the explosion from within.