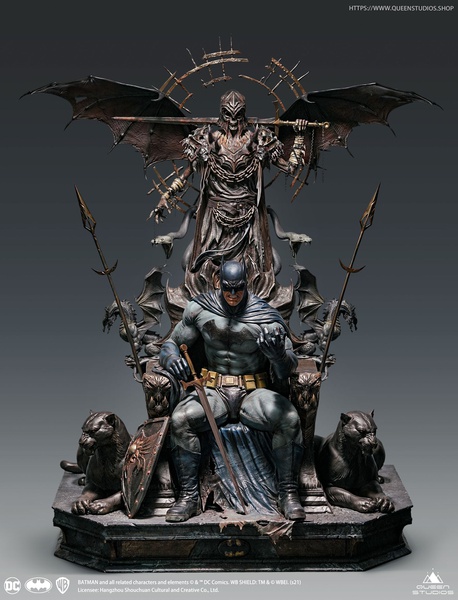 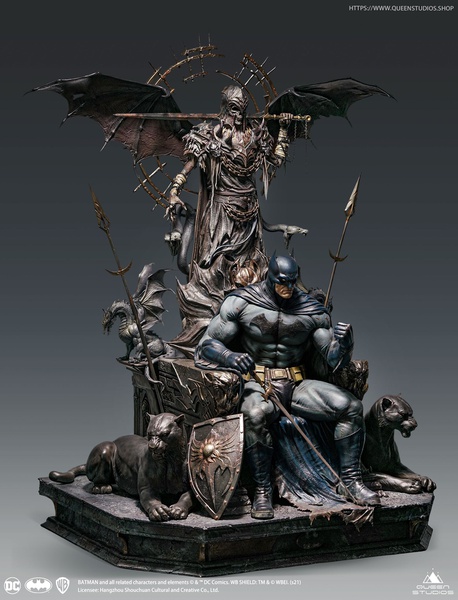 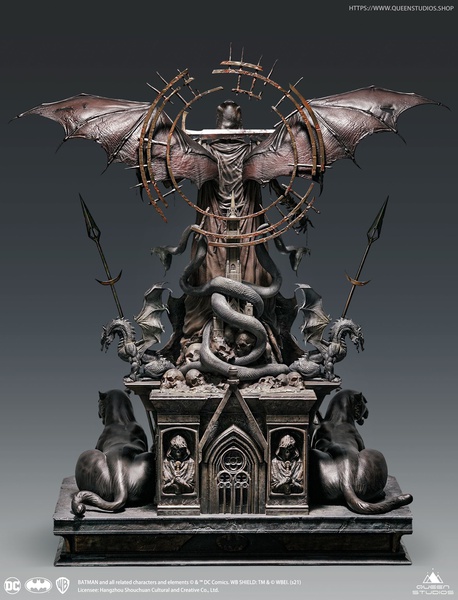 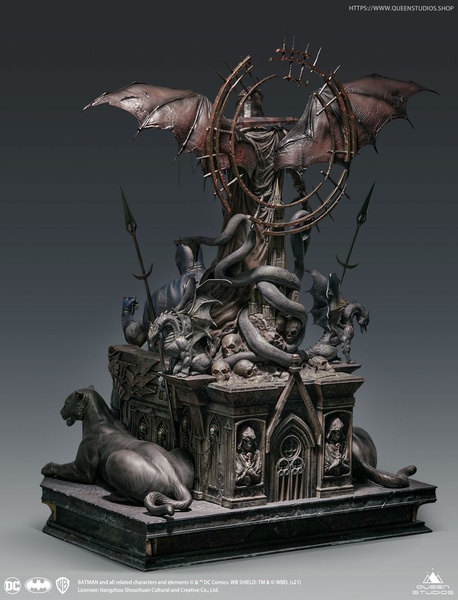 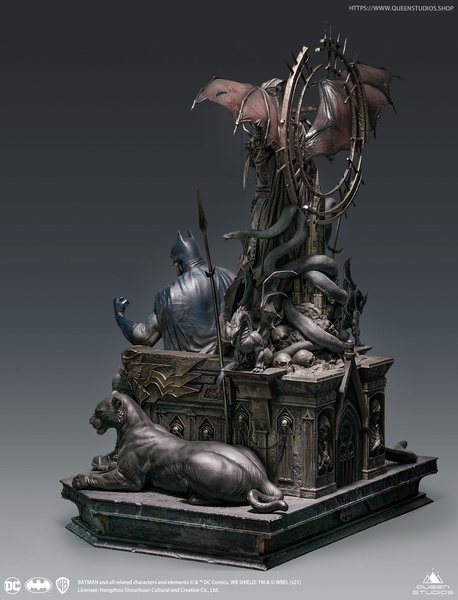 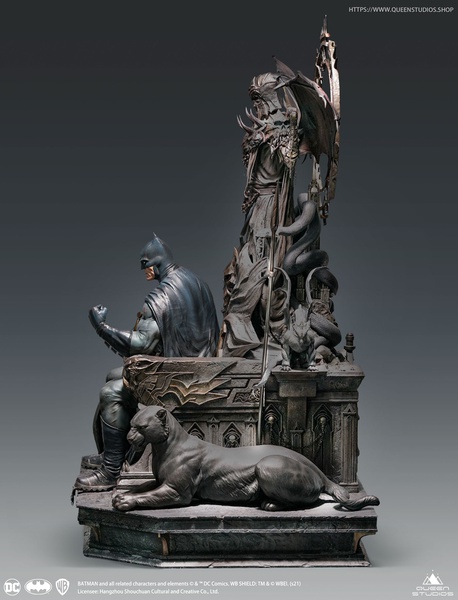 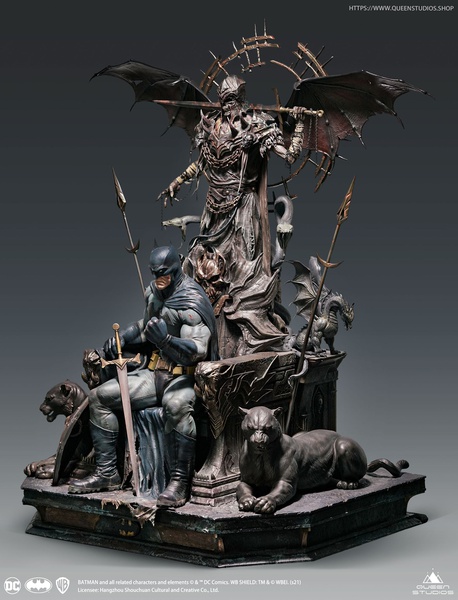 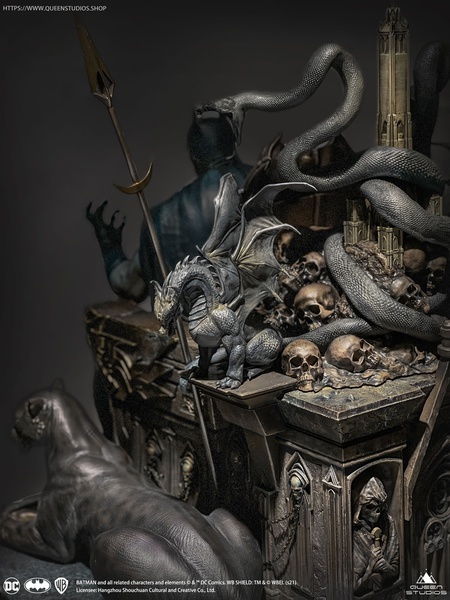 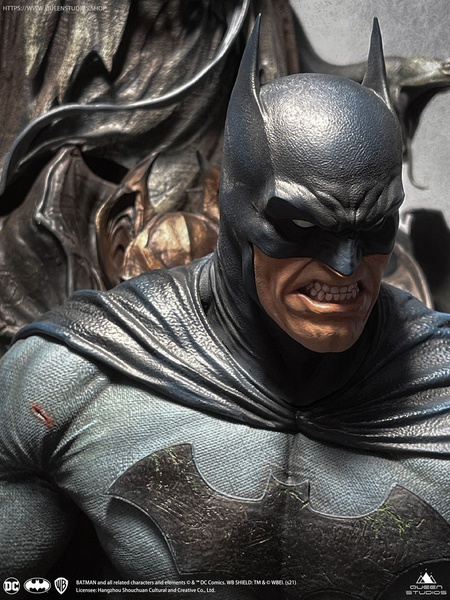 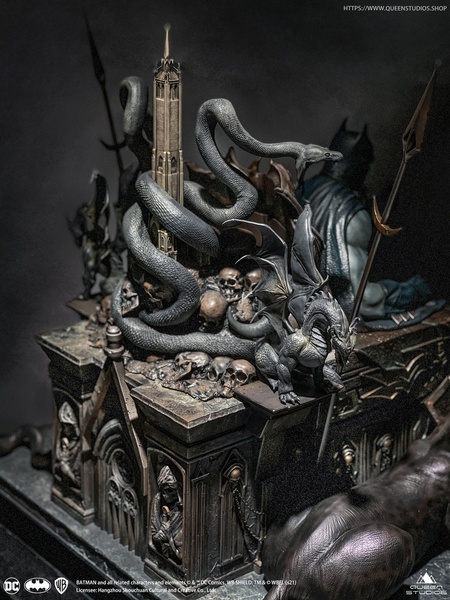 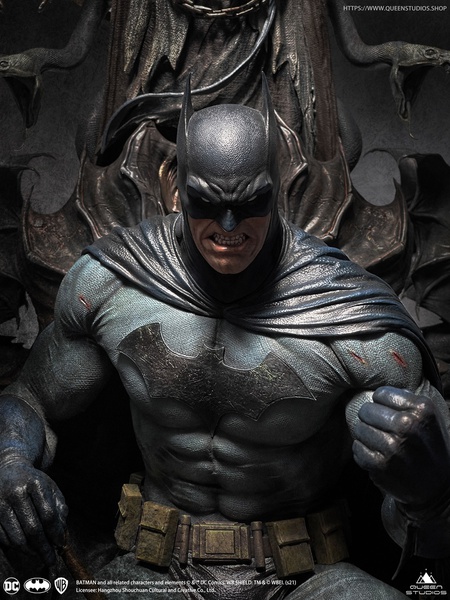 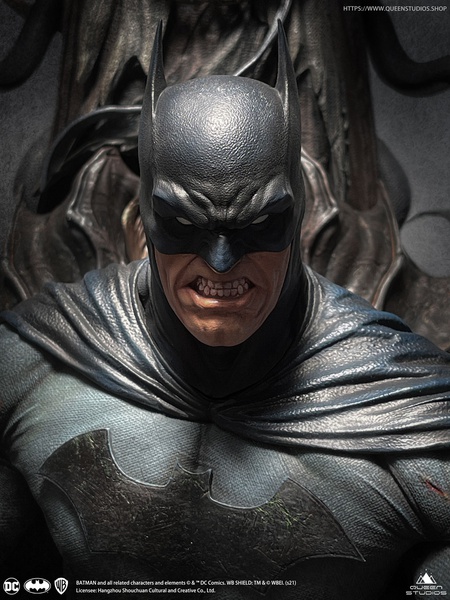 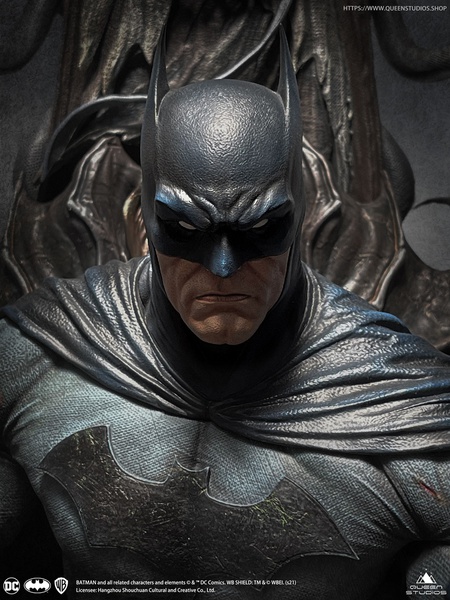 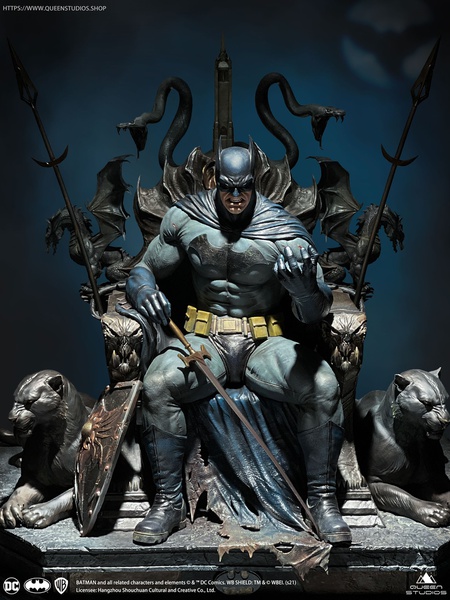 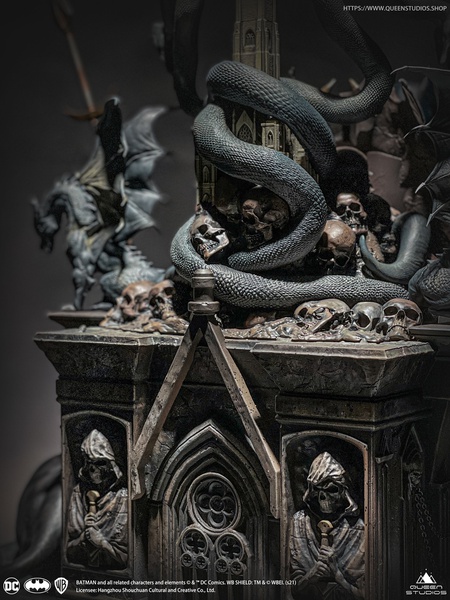 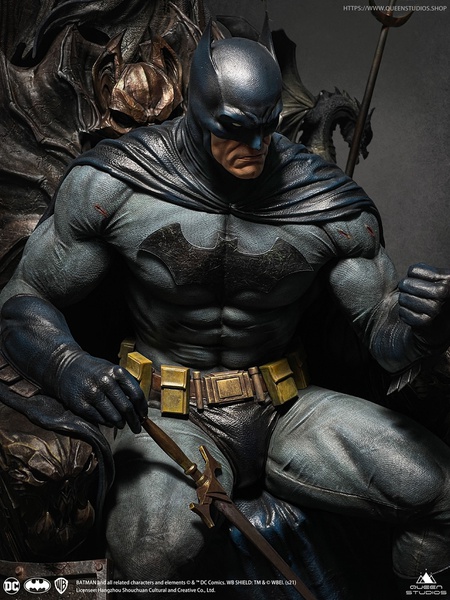 Crafted with incredible detail. This Batman on Throne 1/4 scale statue depicts the Caped Crusader facing forward. A sword is resting on his right leg, he is holding its hilt with his right hand. His left hand is grabbing the air as if he wants to enact revenge. On either side of the Bat, two panthers lay, behind them are spears. The Bat is shrouded by an ominous figure, one who looks tempted to take something away from the Batman.

A throne represents power, whether occupied by a righteous leader, or a usurper. In this case, The Bat is sitting upon a Throne shrouded by Death himself. This statue is designed after the limited variant cover of Dark Knights METAL #1 by Tim Bradstreet and created with similar intentions to the story it re-enacts. Nothing is what it seems, are we to trust the Justice League or the Dark Knights. If Batman is to take the Throne, what is the price?