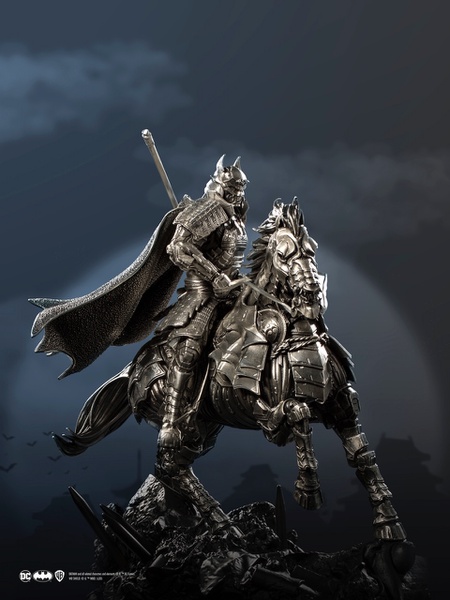 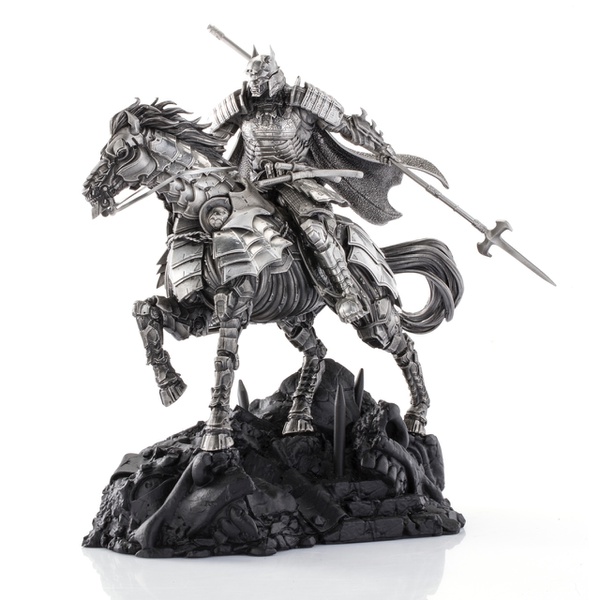 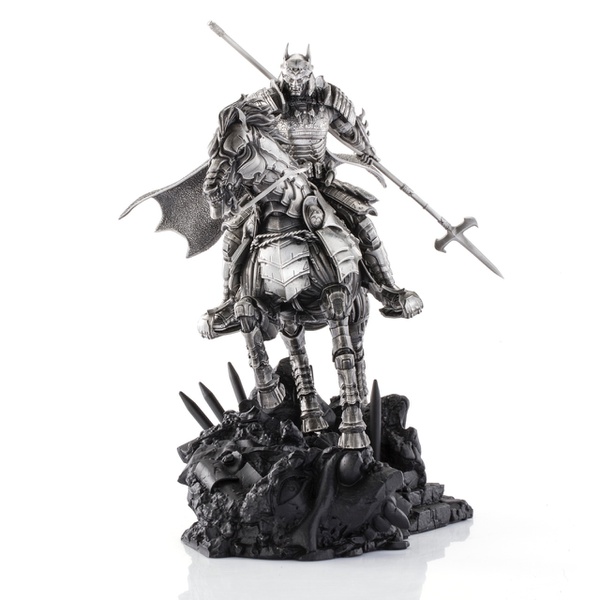 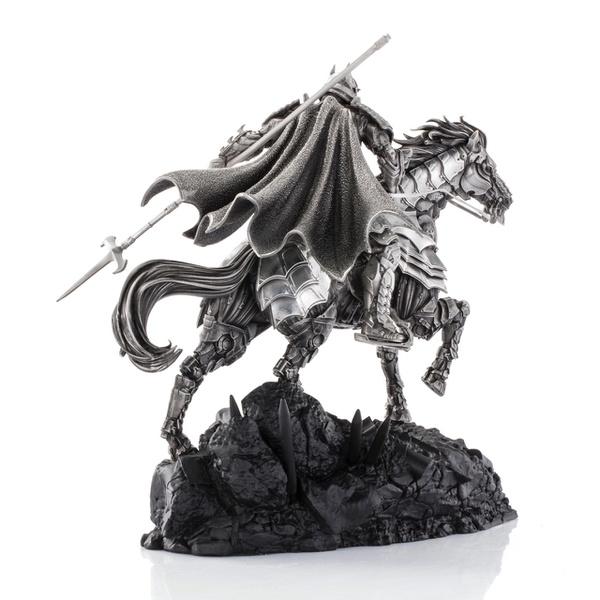 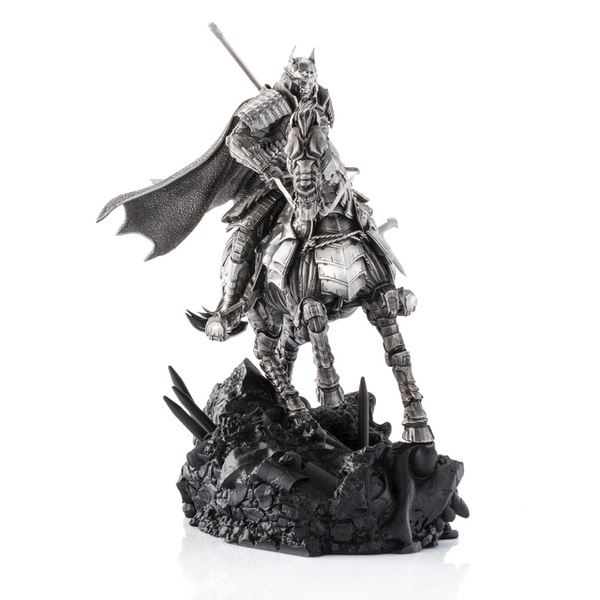 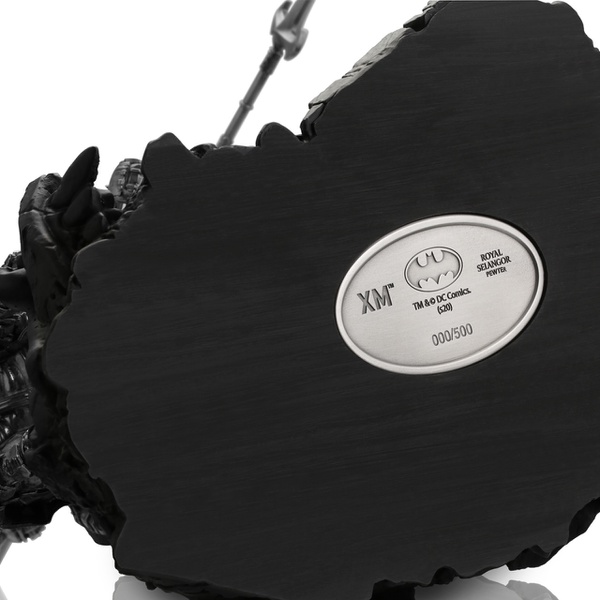 Fantasy and surrealism meet to sensational effect in XM Studios’ Samurai Series, an idiosyncratic  convergence of Neo Tokyo dystopia, advanced technology and the world of feudal Japan.  In this dramatic replica, Batman Shogun rides his war horse over the demolished effigy of his
nemesis the Joker, an explicit metaphor for the triumph of good over evil.

Whilst both human and equine armour reference a style and construction typical of the Edo period, their aesthetic speaks with a bat’s unmistakable design vocabulary. Batman and his mount are exquisitely reproduced in brushed pewter, with the Joker’s crushed
debris in bonded porcelain.

XM Studios is an award-winning producer of premium art collectibles, working with an international community of talented collaborators. Based in Singapore, XM’s franchise properties include DC Comics, Hasbro, Marvel and Star Wars.