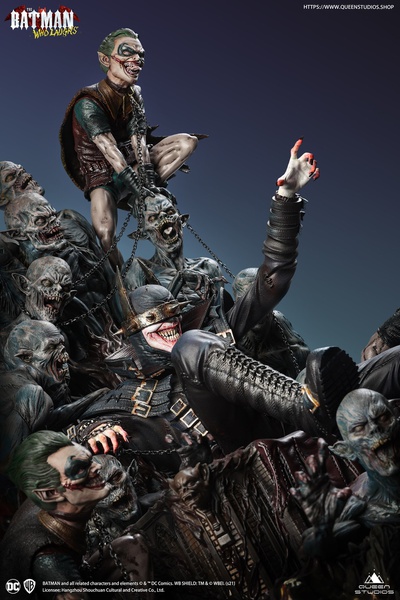 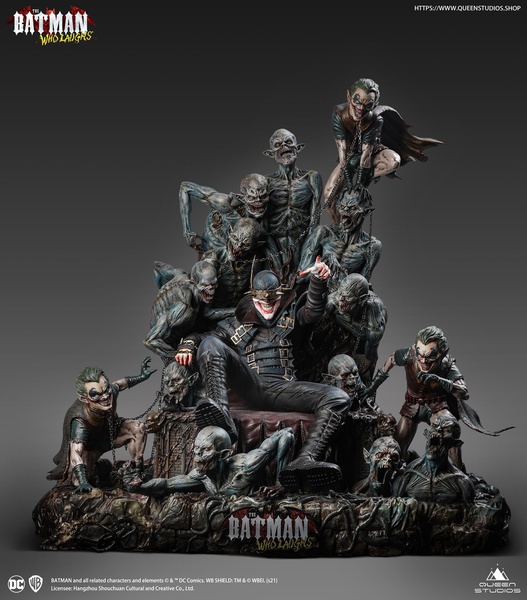 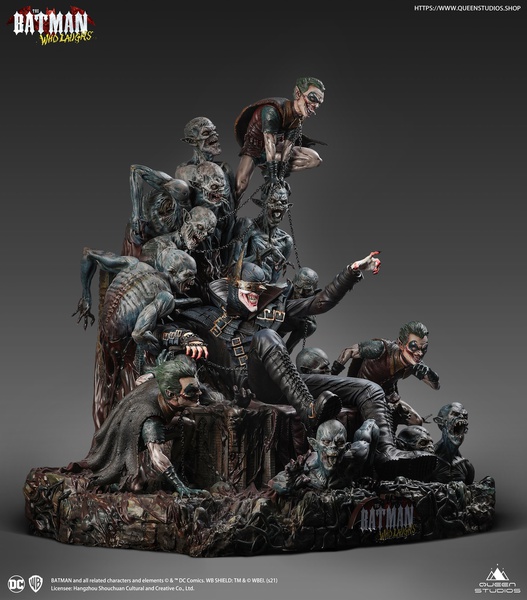 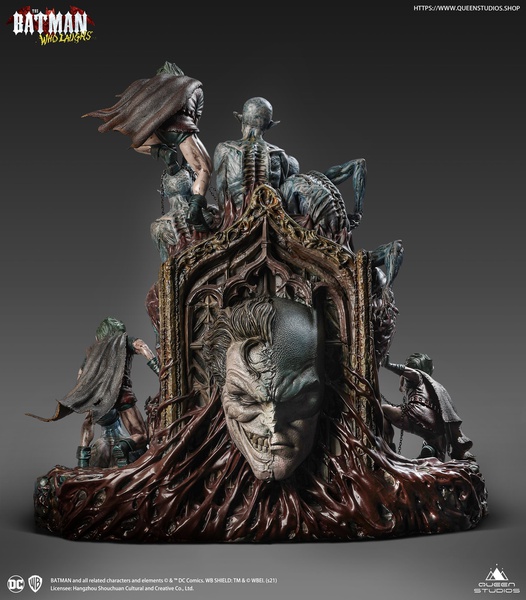 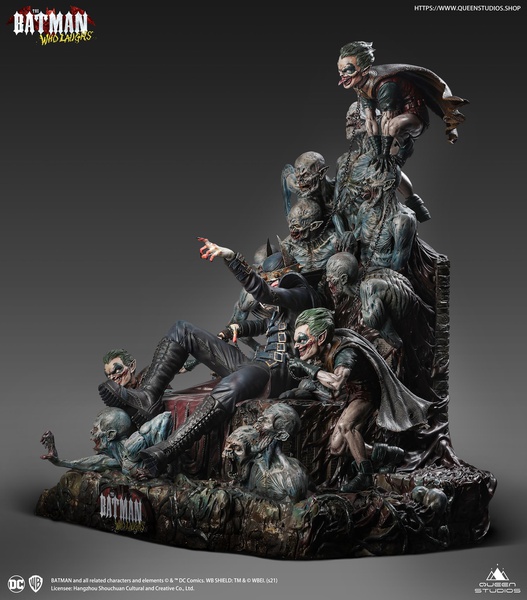 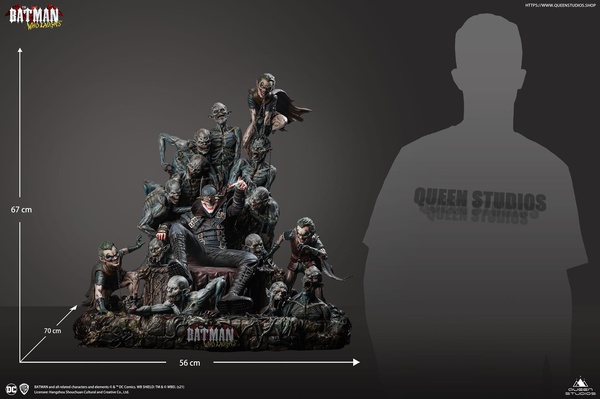 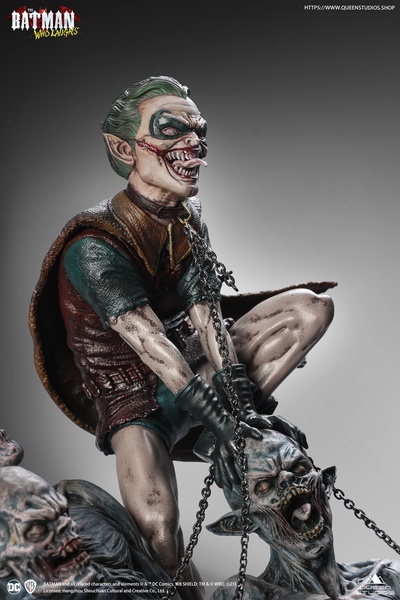 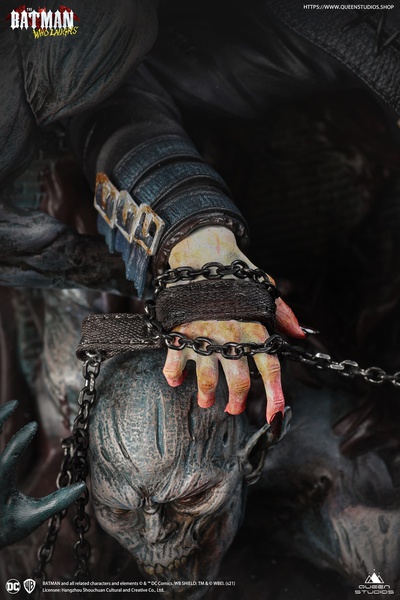 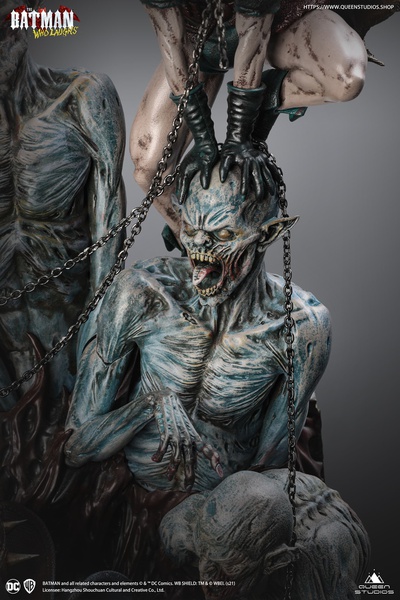 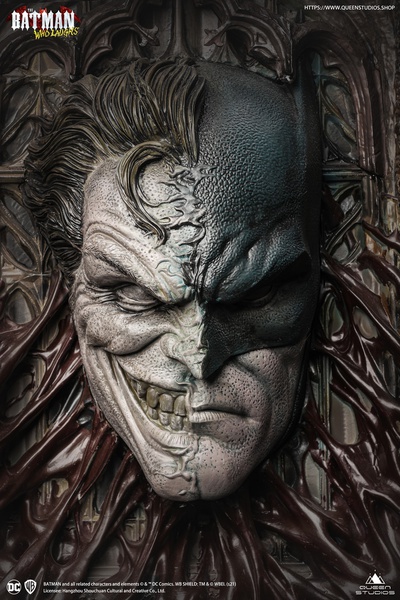 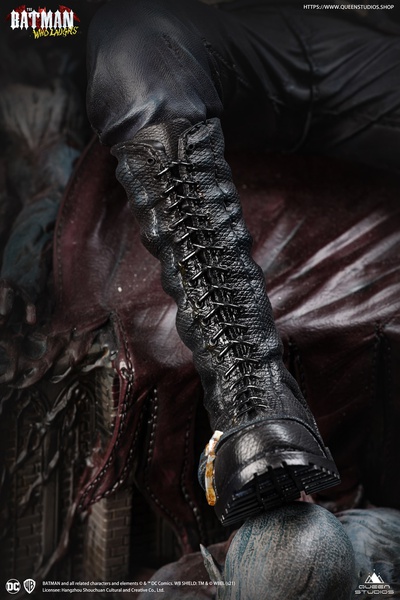 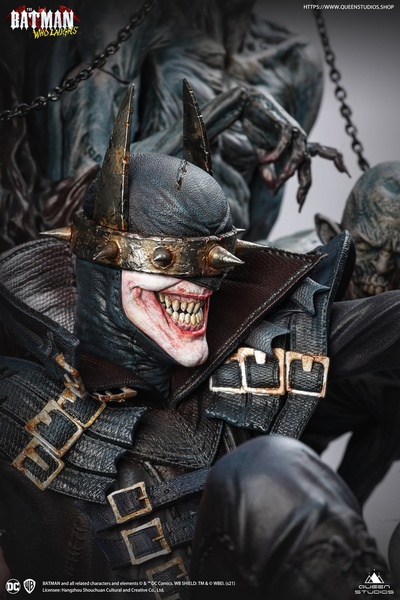 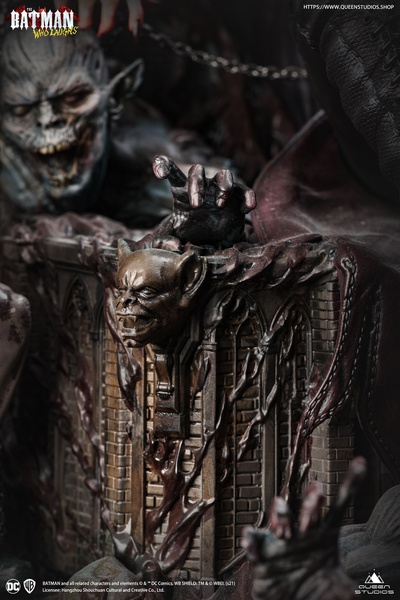 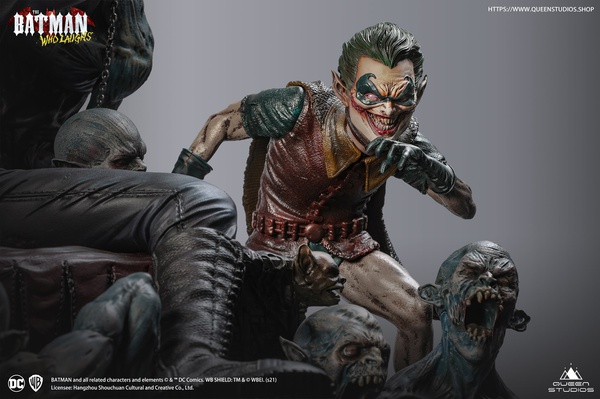 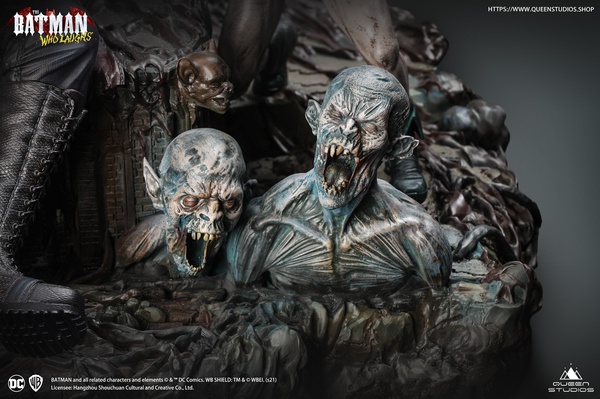 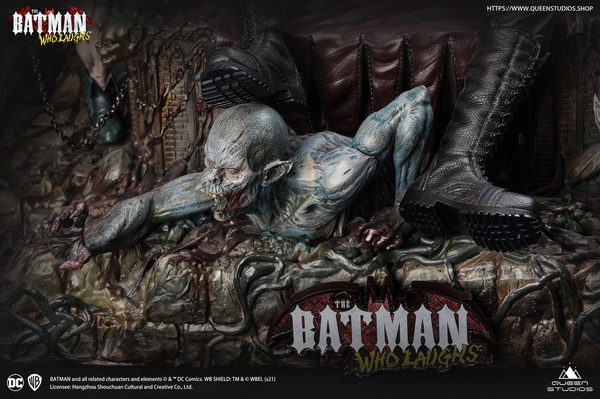 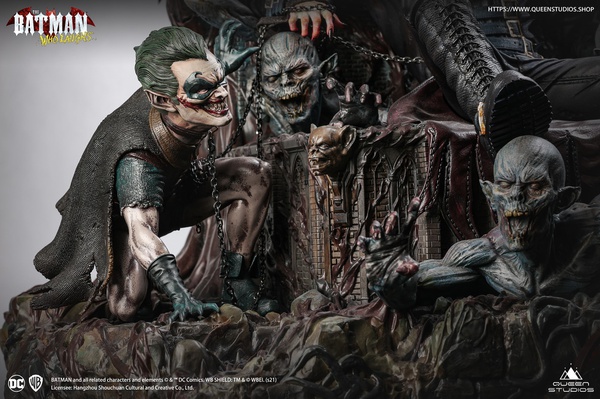 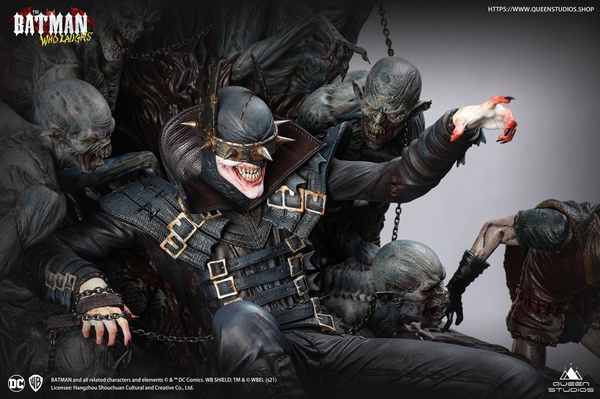 Batman Who Laughs on Throne PRE-ORDER

The Batman Who Laughs is Bruce Wayne from Earth-22 of the Dark Multiverse. A Batman who laughs is a Batman who wins. His origins are not dissimilar to any other version of the Caped Crusader. He watched his parents' brutal murder and he trained for years to become the Batman. However, this Batman has been infected with the insanity of the Bat’s greatest foe, the Joker. After a corrupted Batman finally finished massacring everything and everyone he had ever loved, he turned to his friends and destroyed them too. Finally Transforming into the Batman Who Laughs.

The Batman Who Laughs 1/4 scale statue is inspired by the character first introduced in DC Comics’ Dark Knights Metal series. This character is an evil hybrid of the Dark Knight and the twisted and warped Joker. To capture the madness, the Queen Studios team have carefully crafted two head sculpts. One head sculpt depicts the evil Bat with a wry smile, while the other shows a more sinister grin. Both options are painted to near perfection.

The awe-inspiring base for this 1/4 scale statue is inspired by a scene from the pages of DC Comics’ Batman Who Laughs Vol.1. Just like in the comic, the sinister Bat sits on his throne, flanked by his “Rabid Robins” and the undead. To the rear of the base, the team have sculpted one half of the Joker’s head, and one half of Batman’s to encapsulate the origins of the character.