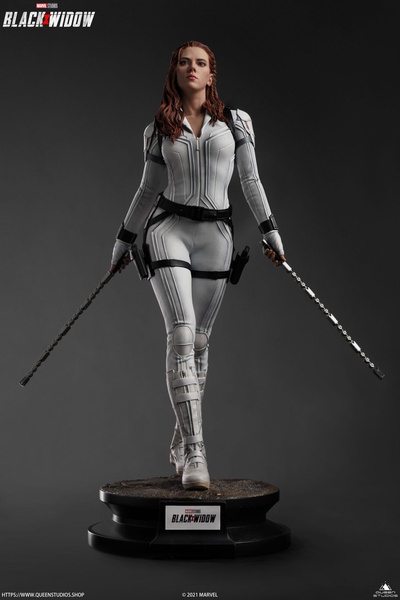 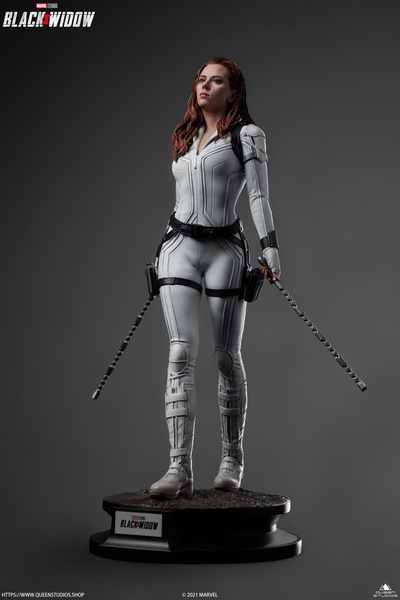 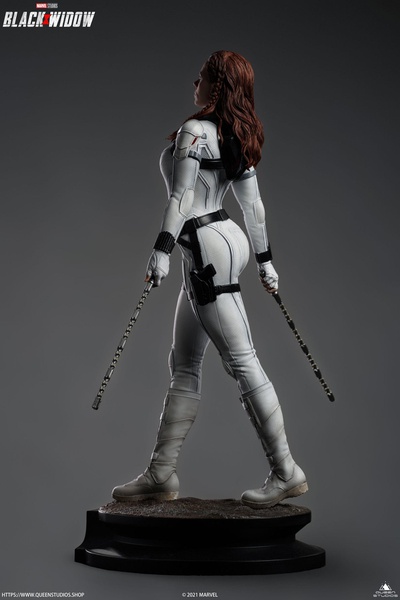 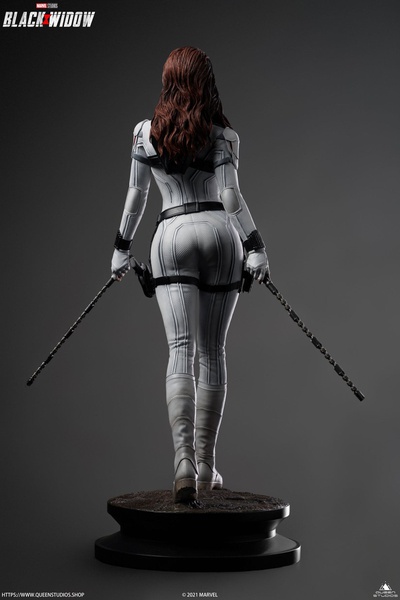 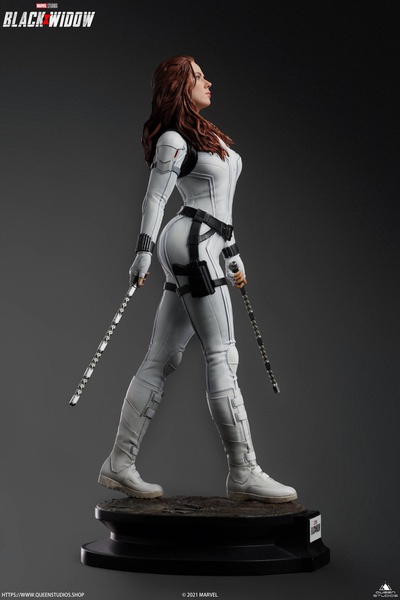 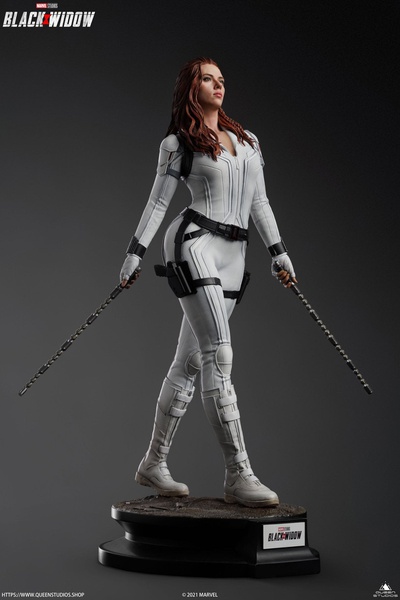 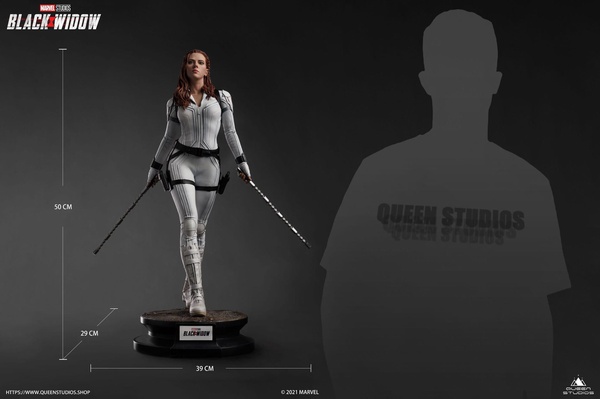 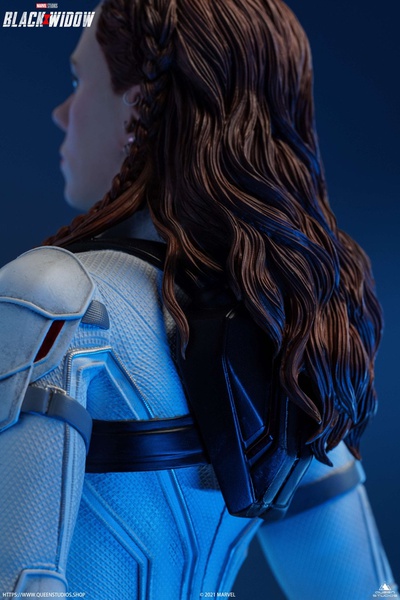 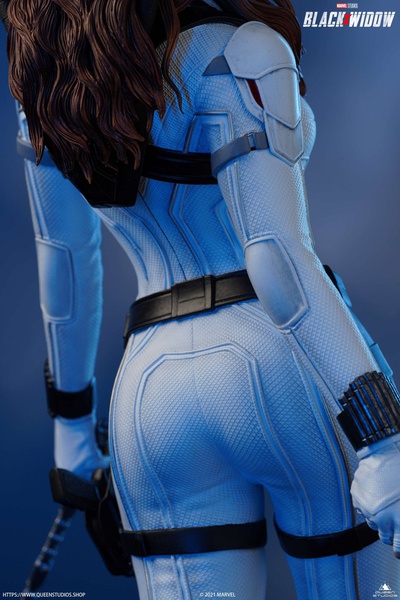 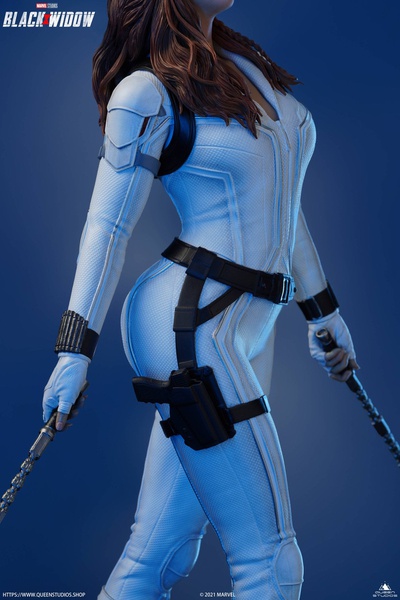 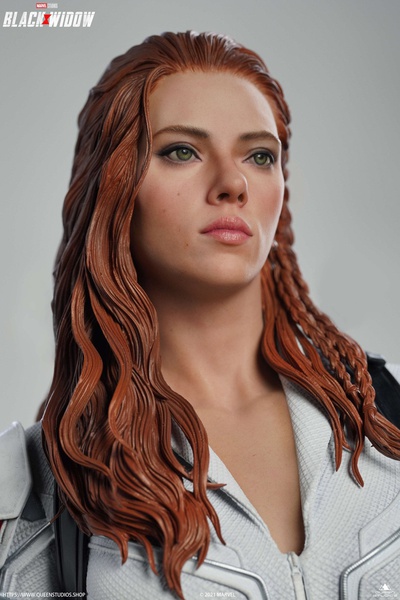 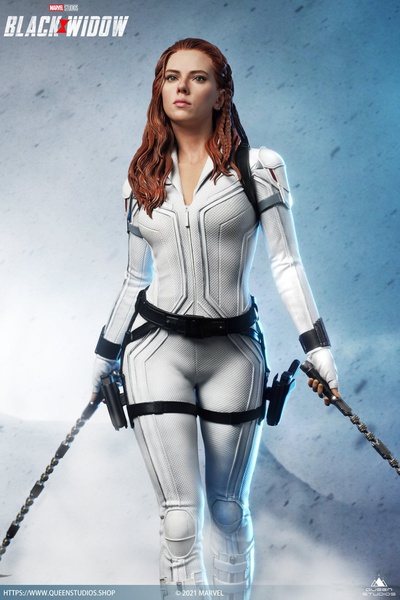 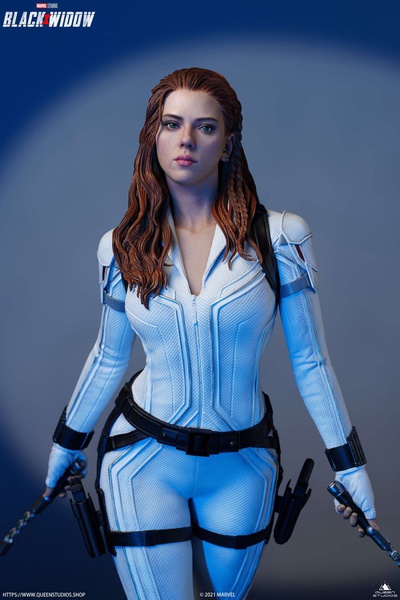 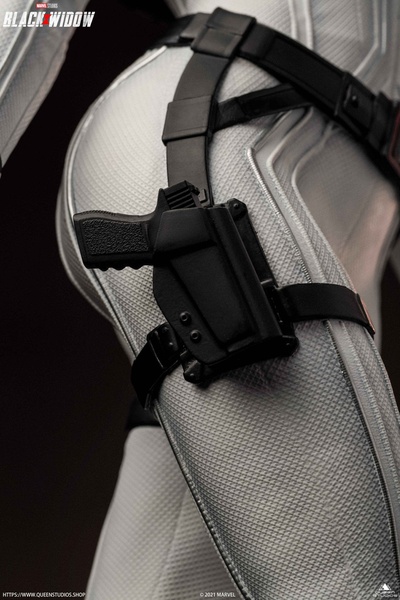 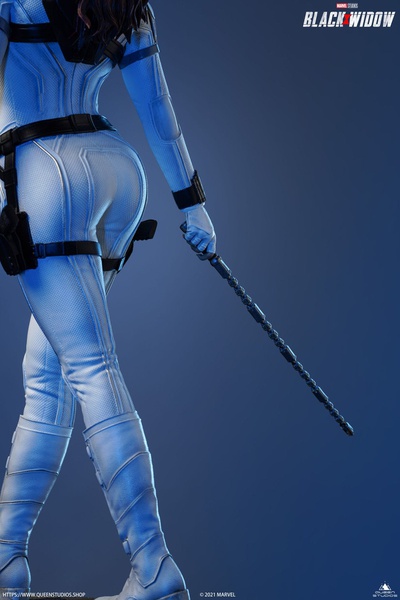 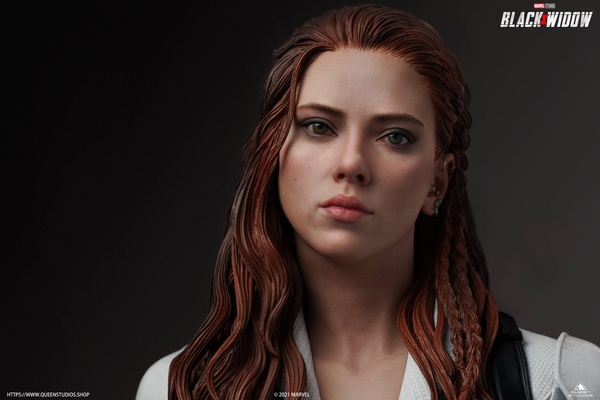 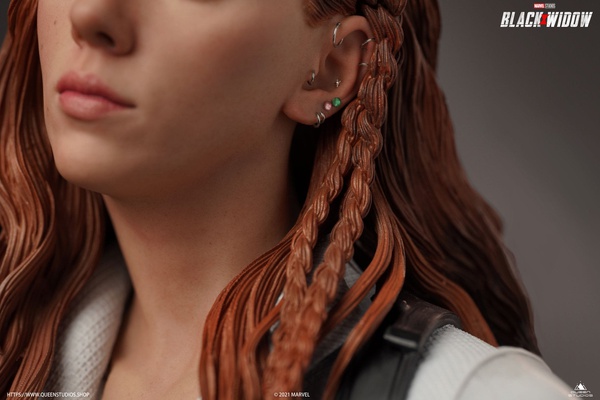 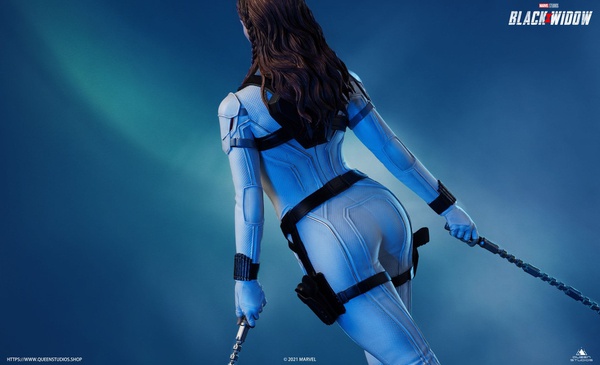 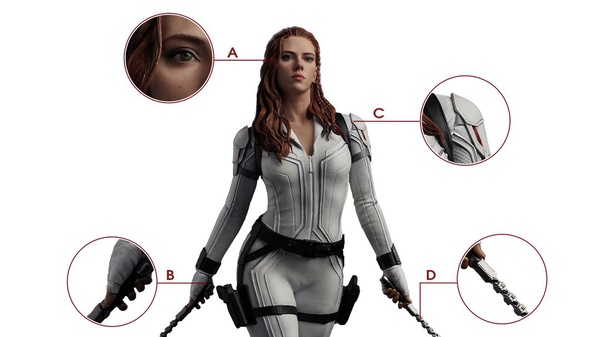 "You made a scene, didn't you?" - Natasha Romanoff

Natasha Romanoff was trained from a young age to cultivate a very specific set of skills within the red room, a top-secret spy facility. She emerged from the program as the Black Widow, a spy of the highest calibre. However, she eventually turned on her trainers and defected to the US and began working for S.H.I.E.L.D and the Avengers. Today, her vast fighting skills, intellectual cunning and unwavering bravery allow her to stand shoulder-to-shoulder with super soldiers, Asgardian gods, and enhanced individuals of immense power.

As Black Widow embarks on a secret mission to the frozen Siberian Tundra, the time calls for specialised gear in the Snowdrift. Natasha Romanoff trades in her namesake dark look for a stark minimalist, all-white appearance, perfect for maintaining the snowy environment. The Queen Studios team have painstakingly sculpted this limited edition statue to capture the snowsuit with remarkable accuracy, along with the Black Widow’s upgraded stun batons, capable of transforming into flexible whip-like weapons.