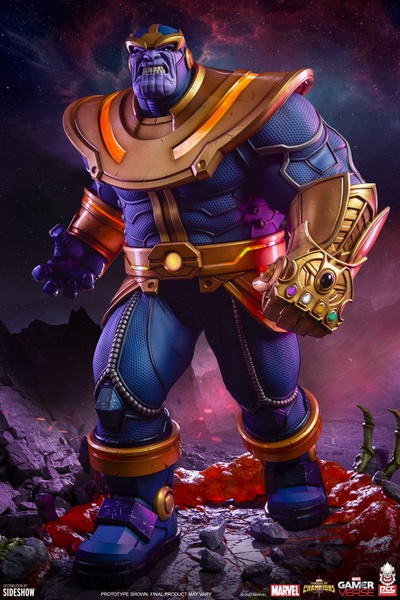 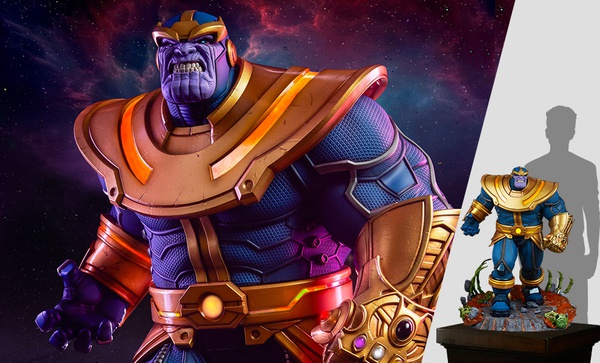 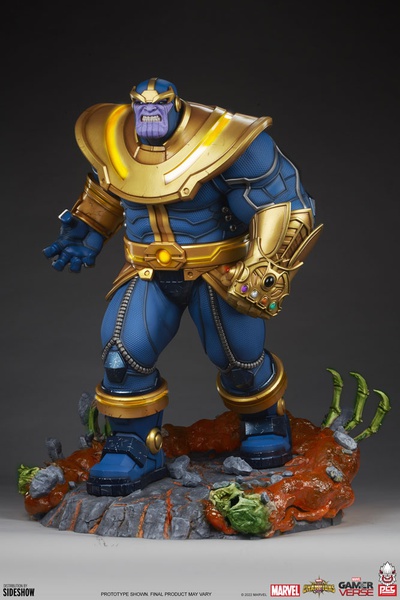 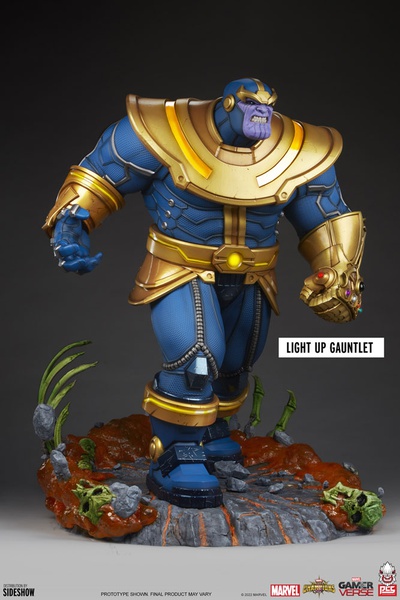 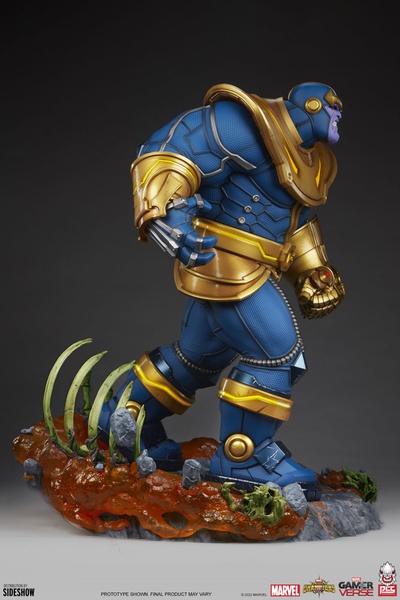 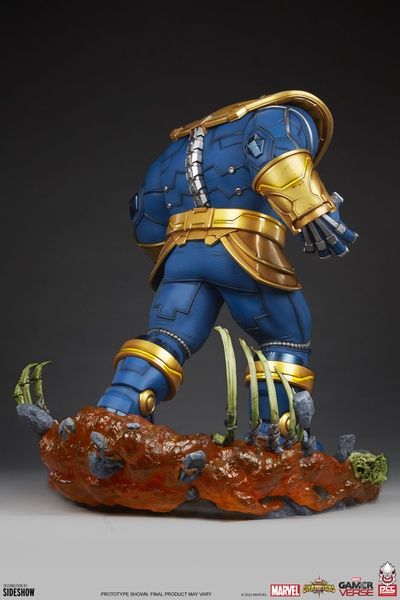 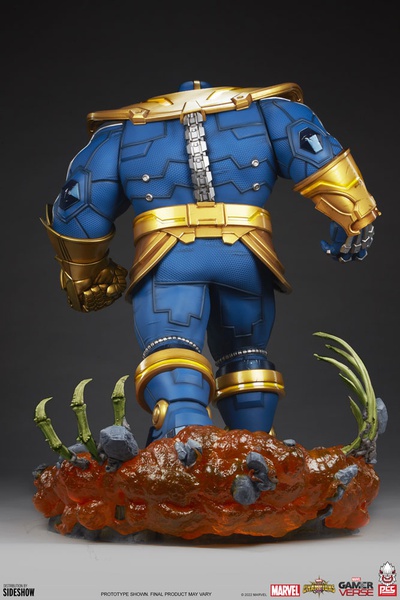 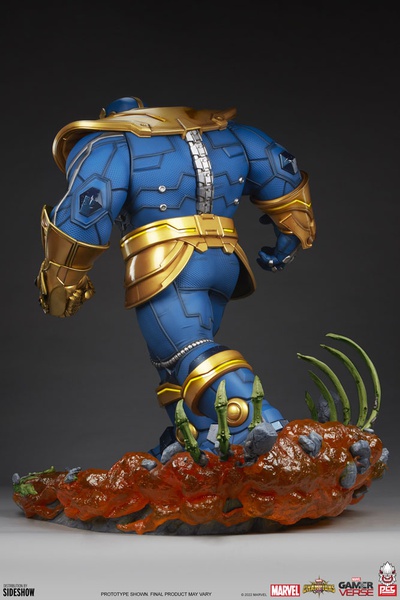 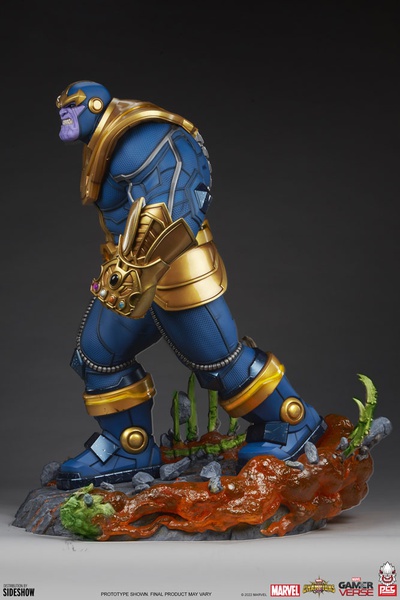 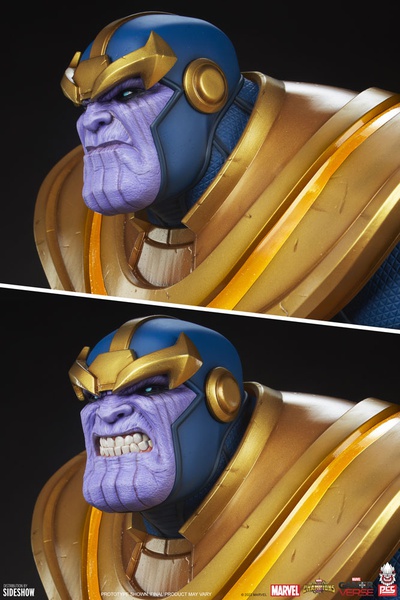 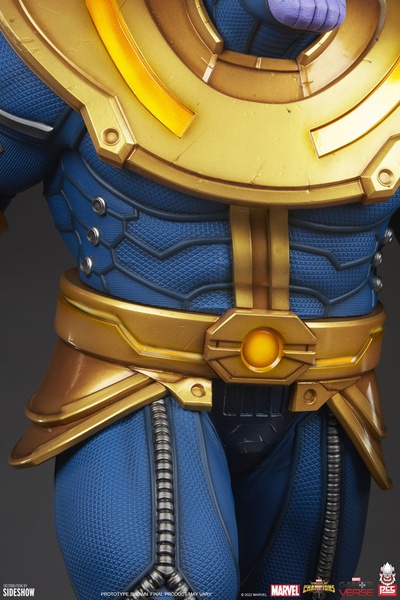 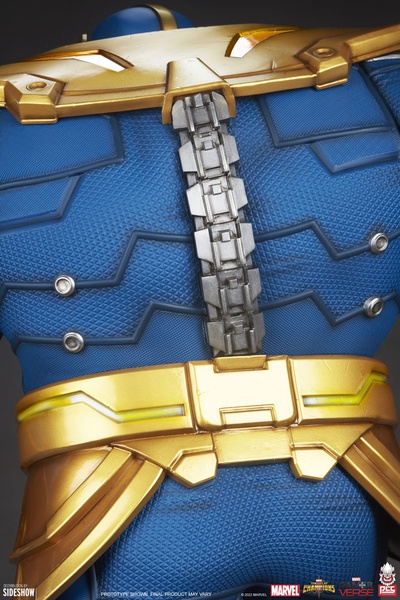 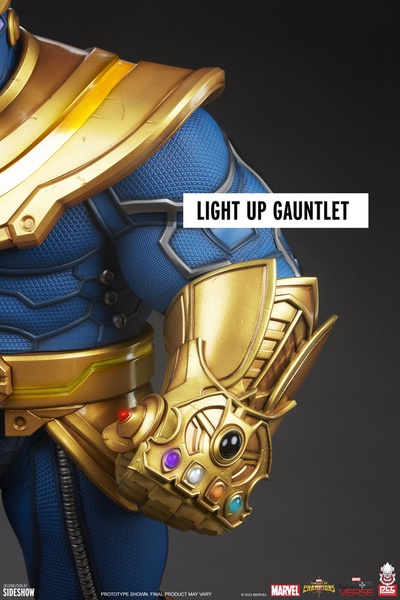 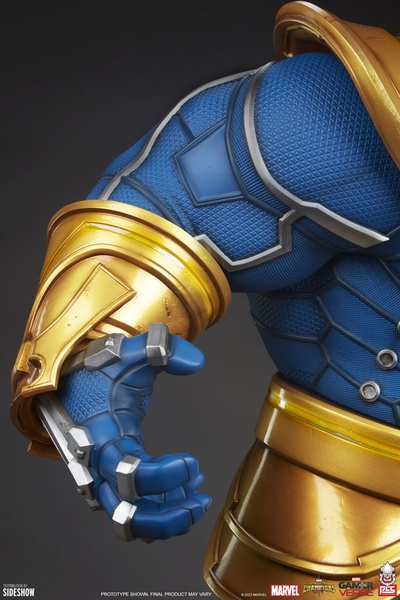 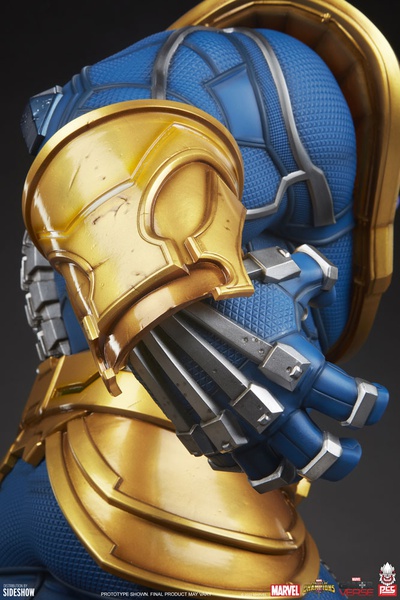 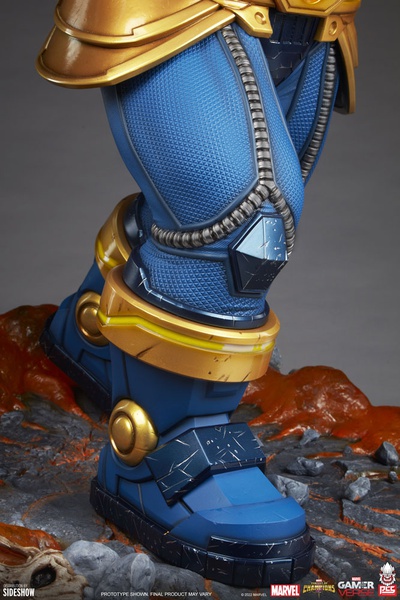 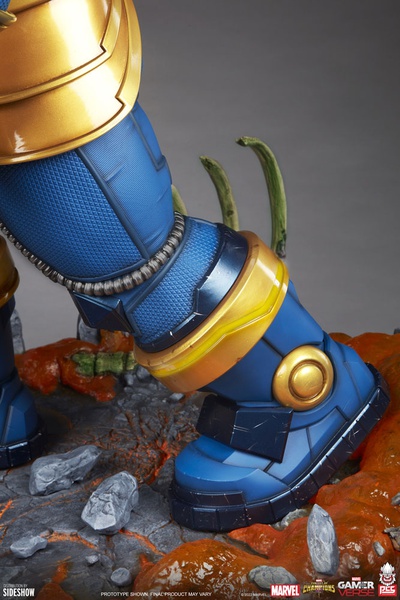 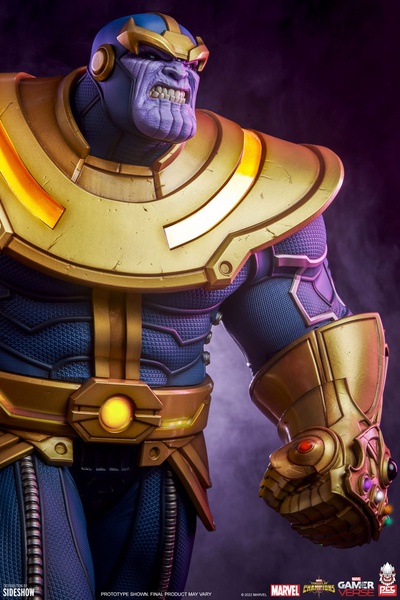 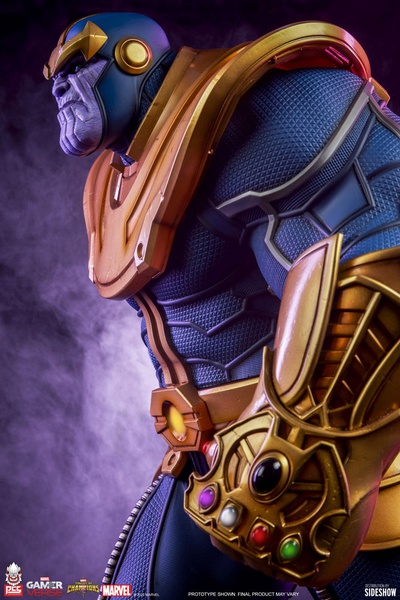 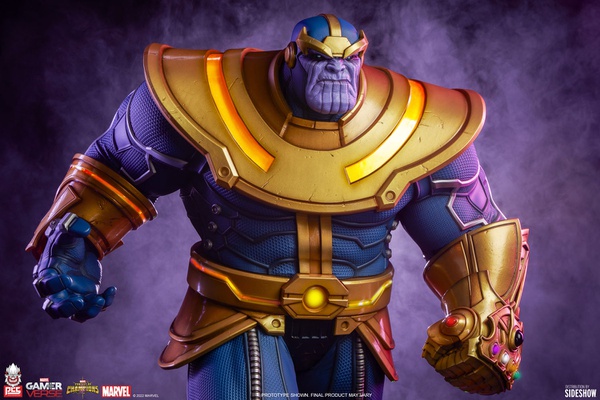 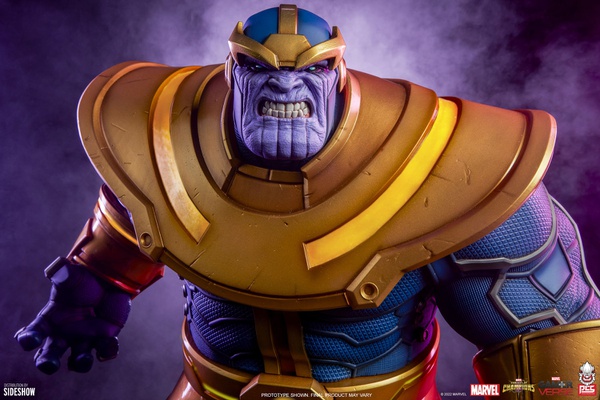 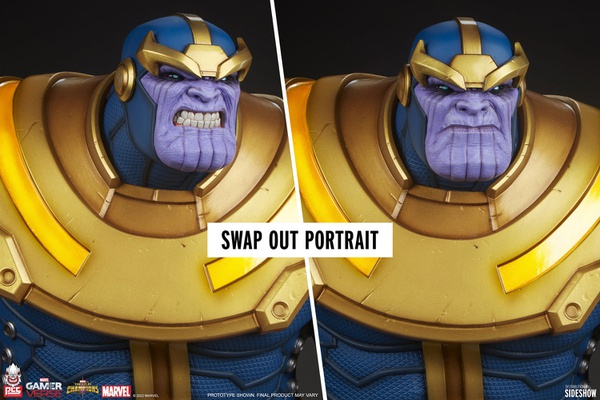 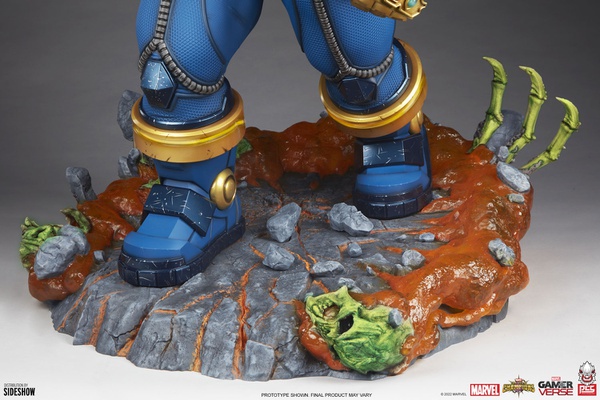 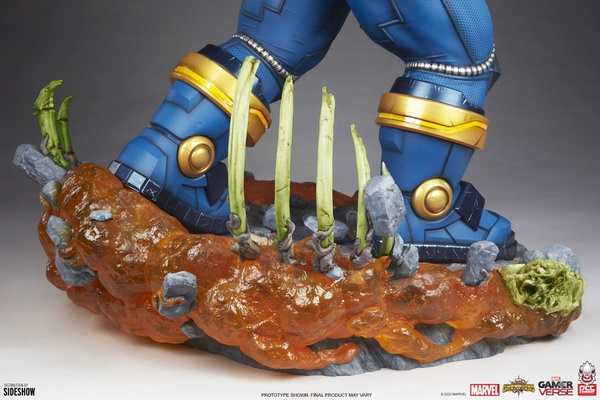 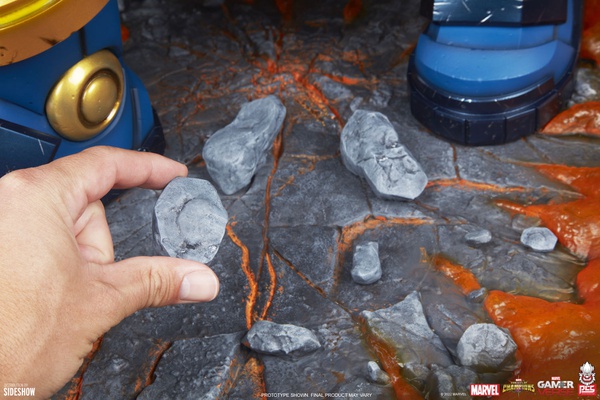 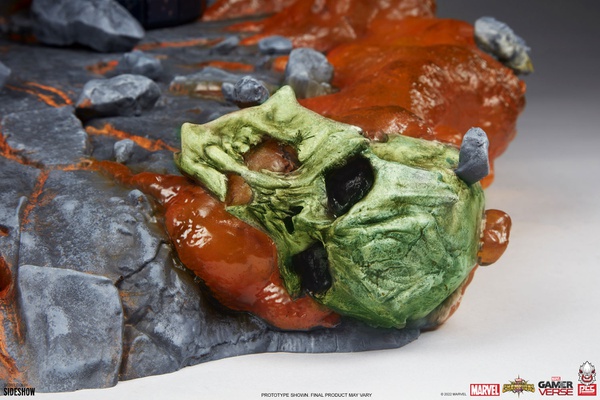 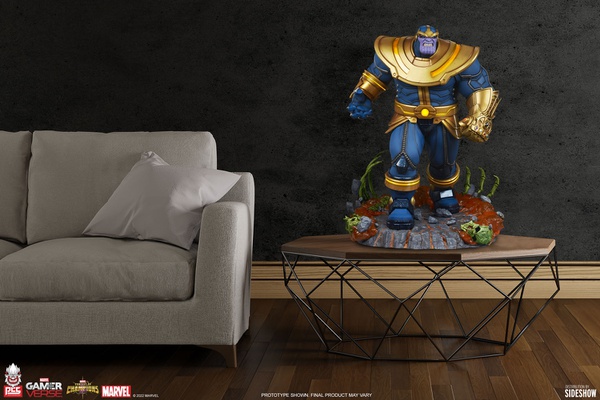 PAYMENT PLANS ARE AVAILABLE @ R1,571.42c PER MONTH OVER 14 MONTHS AFTER DEPOSIT

“Where simpler minds see only chaos, I see a divine purpose. If that’s being insane … then call me mad.”

The Thanos 1:3 Scale Statue measures 86.4 cm tall and 71.1 cm wide, with the Mad Titan standing in the centre of a Battlerealm base that has been obliterated by his immense power. Wielding the completed Infinity Gauntlet, the villain stalks through the charred remains of bones and molten moon rock towards any resistance in his path. The gauntlet stones include a light-up feature to activate the legendary strength of these artefacts of eternity.

The Thanos Statue is fully sculpted to capture the sheer might and size of the Mad Titan. Based on his in-game character model, this cosmic champion has a textured blue bodysuit and gold metallic armour elements. Battle-worn elements of distress on the armour are mere trifles compared to the scale of destruction Thanos dishes out. Silver accents run through his updated costume along his legs, arms, and spine, and the massive statue features two portraits - one stoic in his pursuit of domination, and one snarling as he wipes out the opposition with ease.