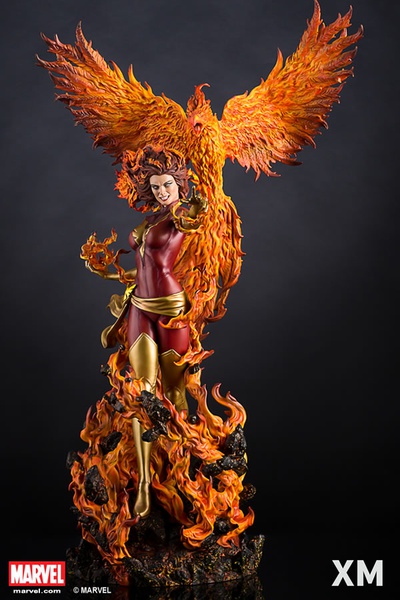 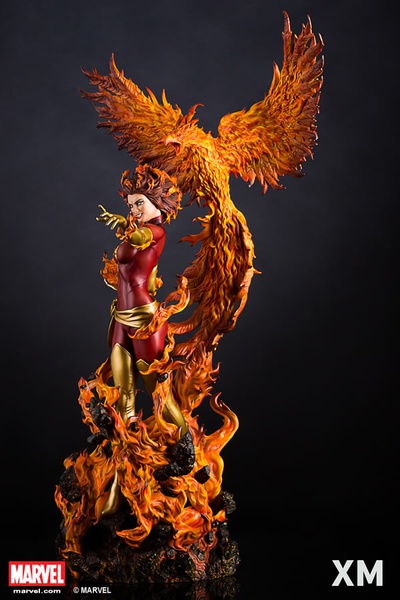 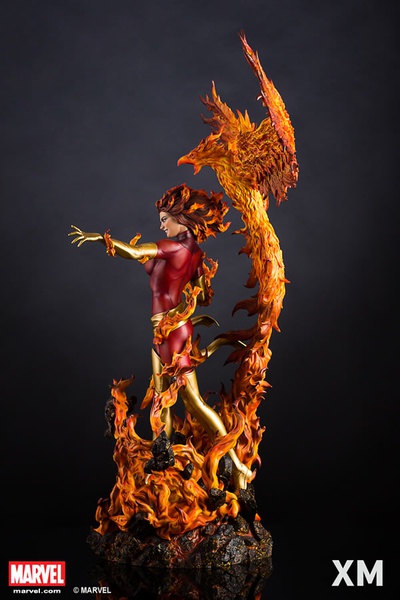 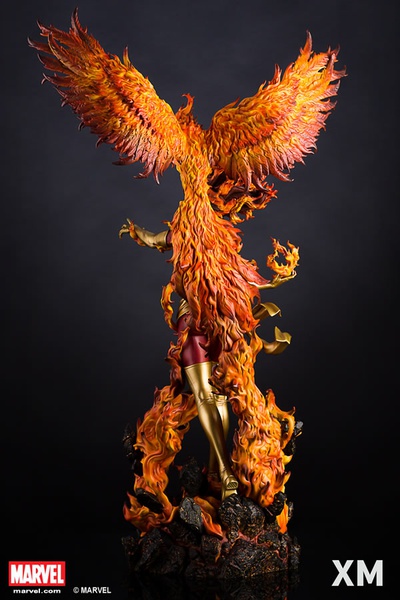 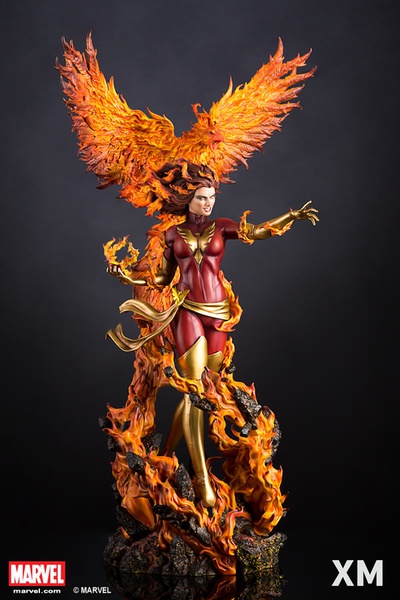 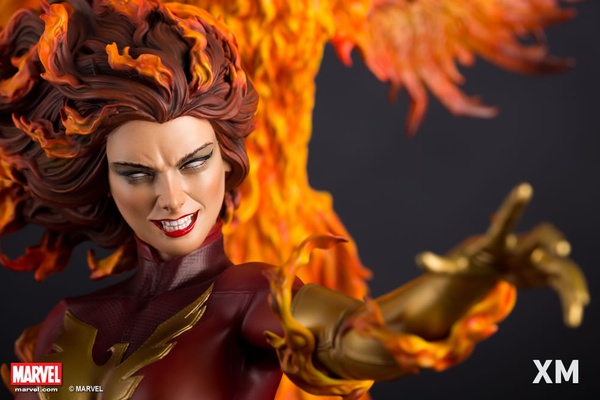 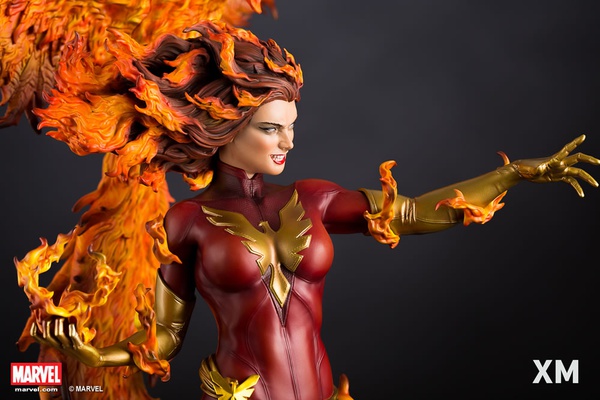 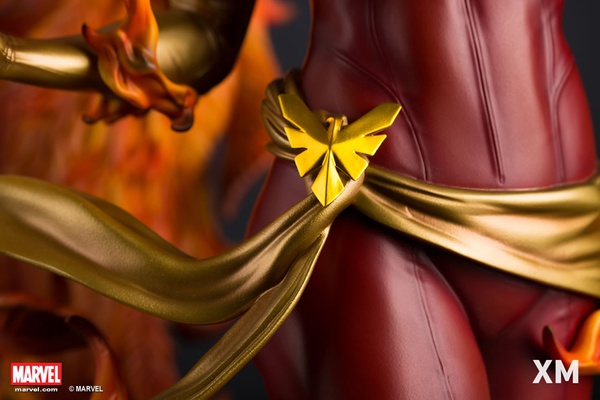 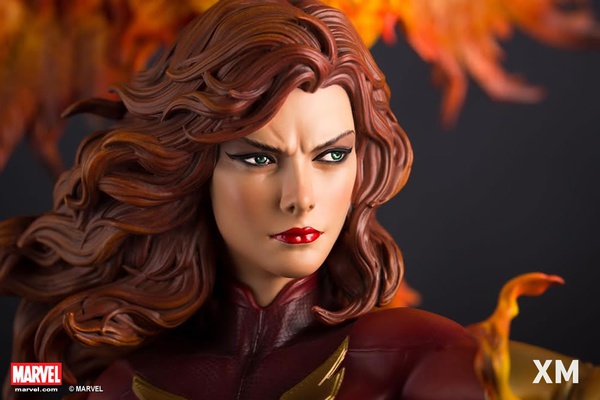 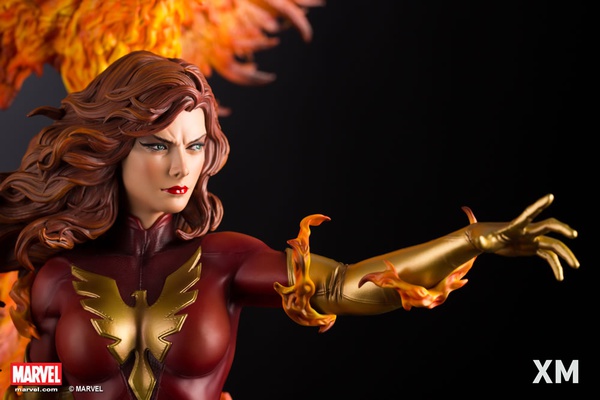 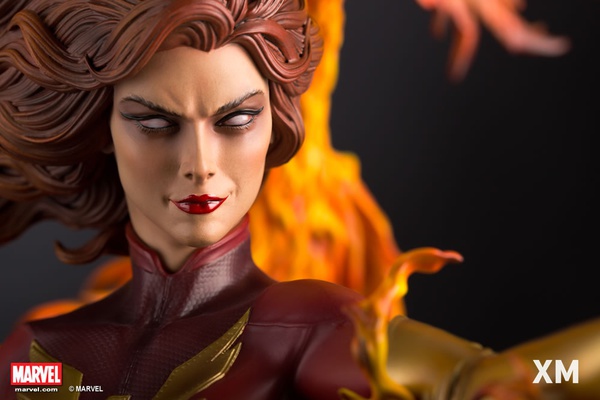 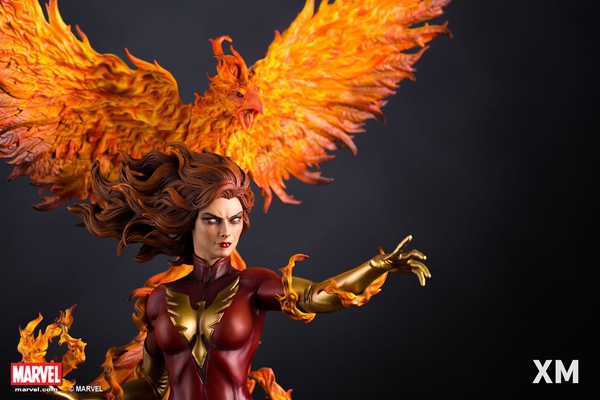 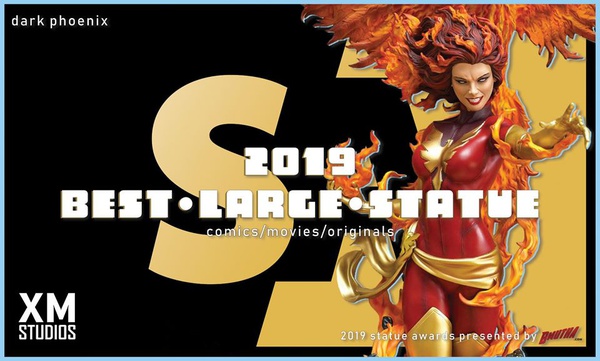 PAYMENT PLANS ARE AVAILABLE @ OVER 6 MONTHS*

“HEAR ME, X-MEN! NO LONGER AM I THE WOMAN YOU KNEW! I AM FIRE! AND LIFE INCARNATE! NOW AND FOREVER -- I AM PHOENIX!”

XM Studios is excited to present our next Marvel Premium Collectibles series statue, Dark Phoenix! The all-powerful Dark Phoenix is immortalized in amazingly detailed 1:4 scale cold-cast porcelain. Each painstakingly handcrafted statue is individually hand-painted with the highest possible quality finish. With 3 alternate display portraits, each depicting a different emotion, this incredibly intricate statue will thrill and hold all attention with its flaming Phoenix base and dark aura.

After Jean and the X-Men defeated scientist Stephen Lang and his robotic Sentinels on his space station, the heroes escaped back to Earth in a shuttle through a lethal solar radiation storm. Dying from radiation poisoning, Jean was saved by the cosmic entity known as the Phoenix Force who created a duplicate body complete with memories and personality, absorbed a portion of her consciousness and cast her into suspended animation in a strange cocoon at the bottom of Jamaica Bay. For months the Phoenix believed itself to be the real Jean and saved the universe by healing the M’Kraan Crystal. Mental manipulation by Mastermind caused Phoenix to go insane and become Dark Phoenix.