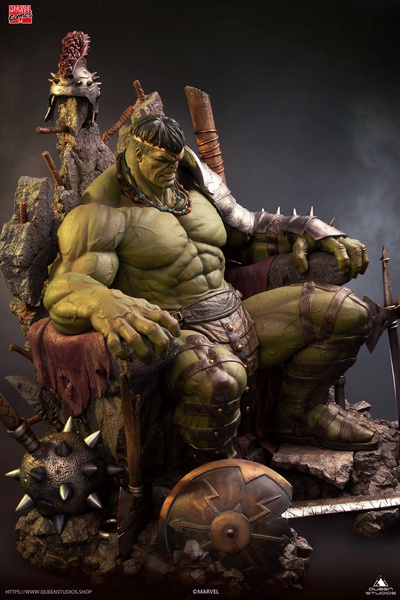 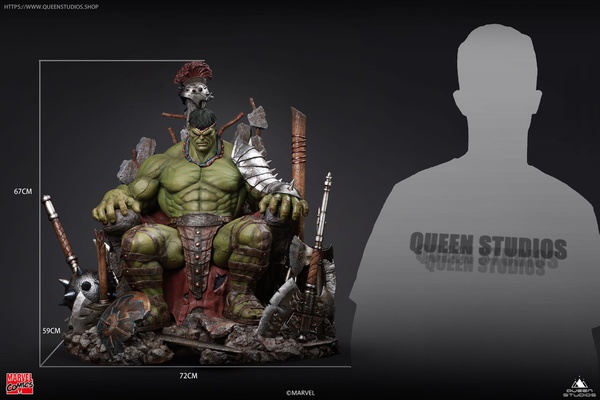 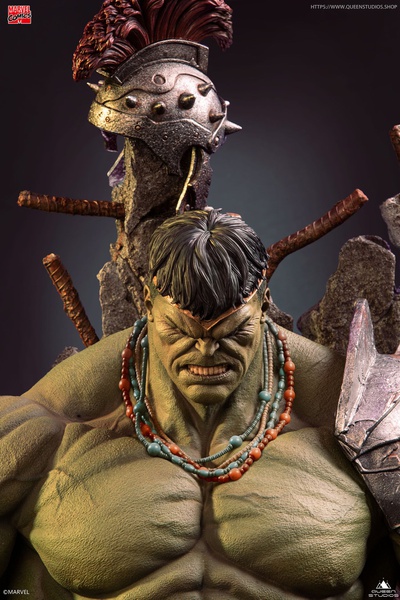 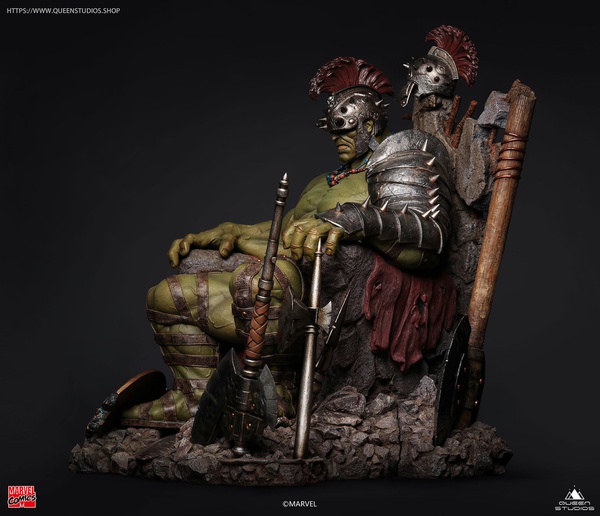 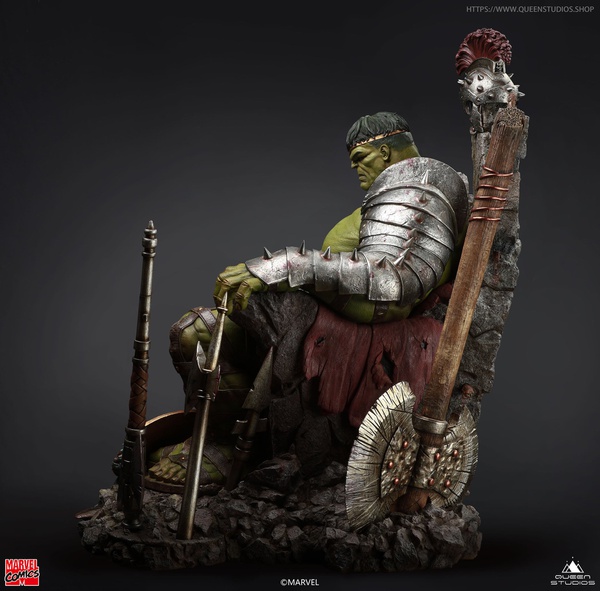 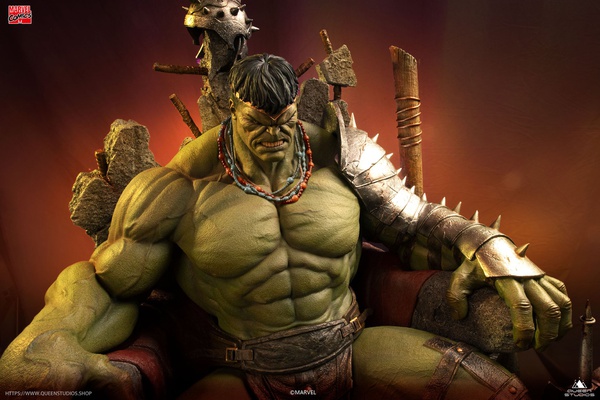 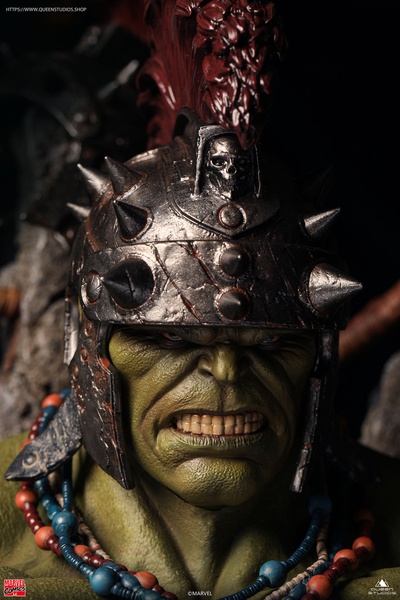 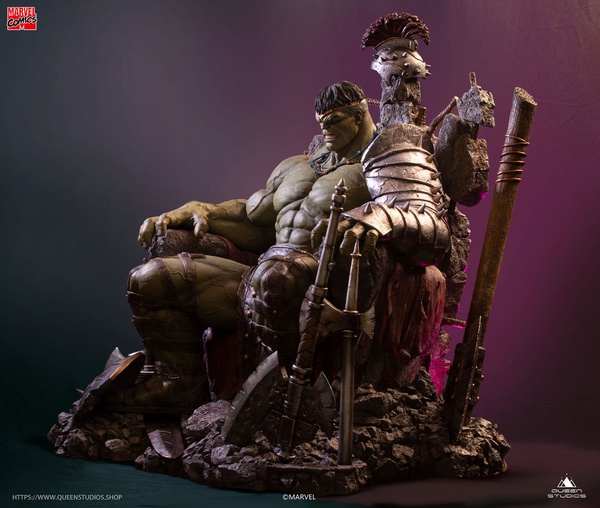 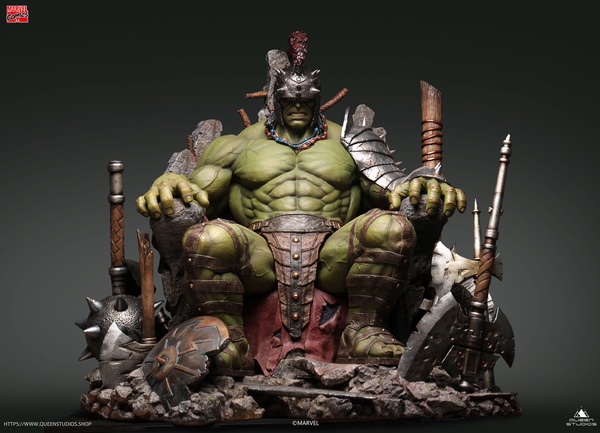 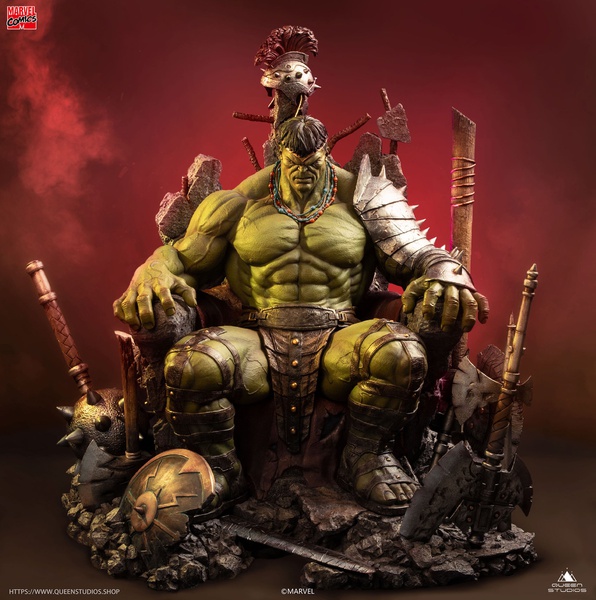 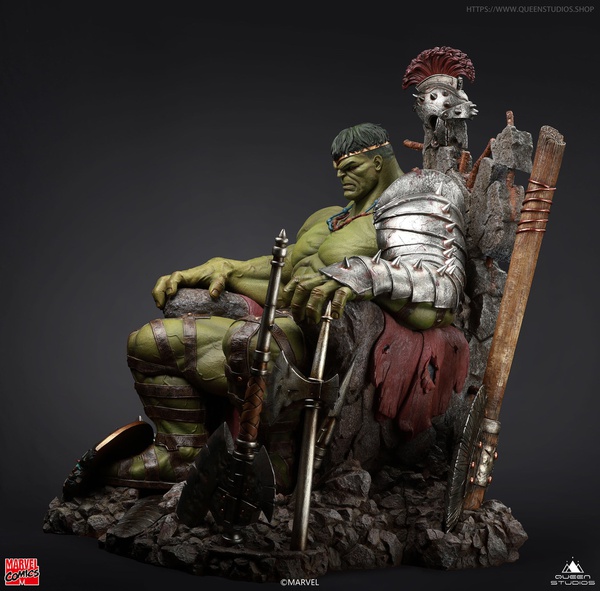 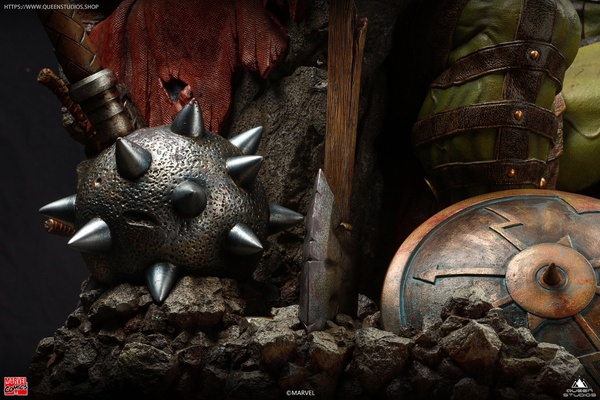 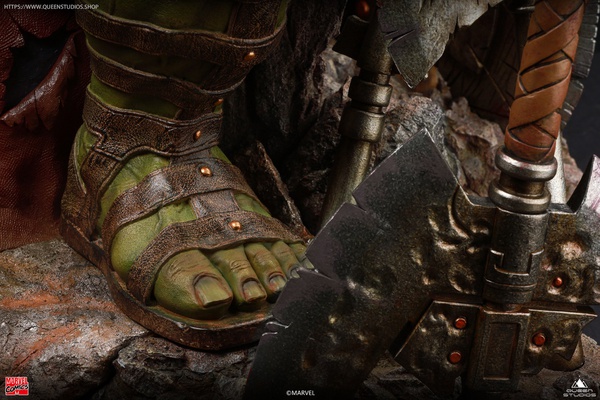 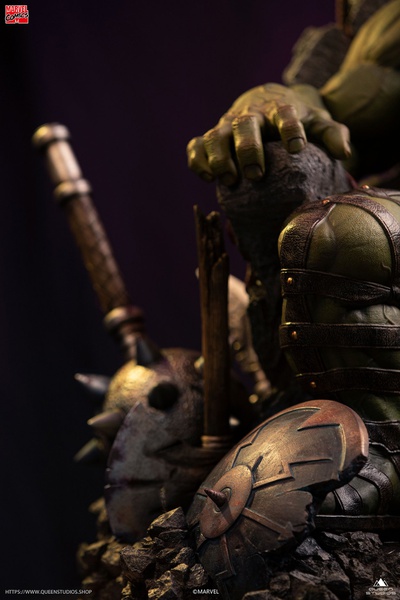 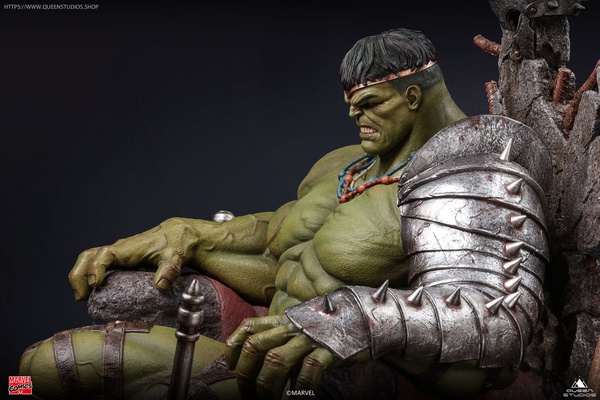 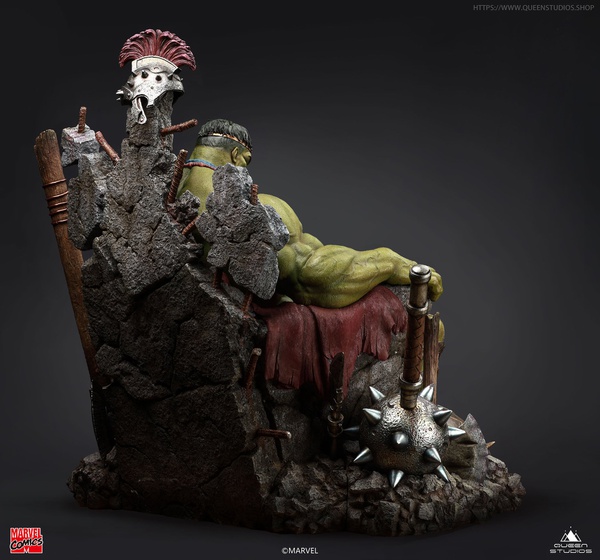 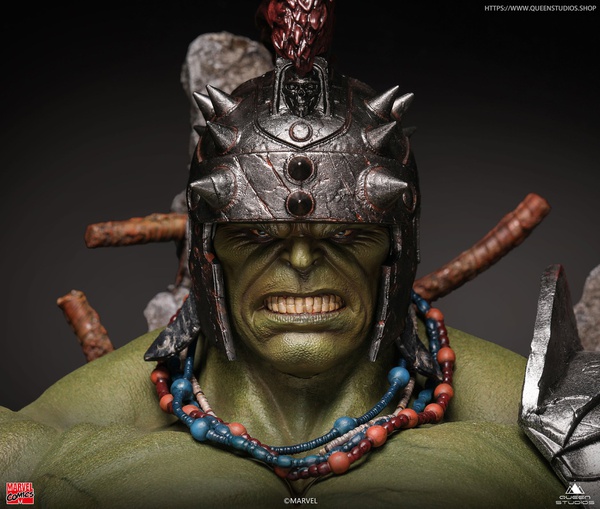 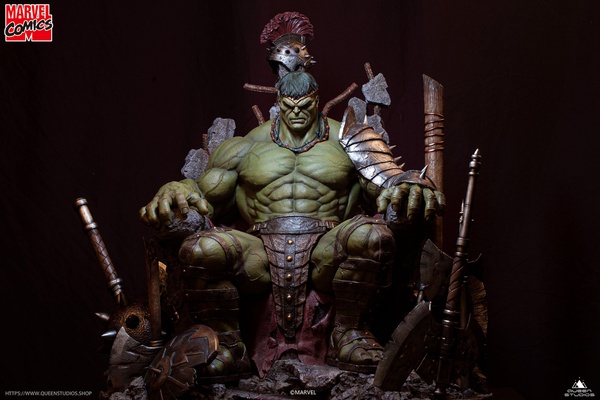 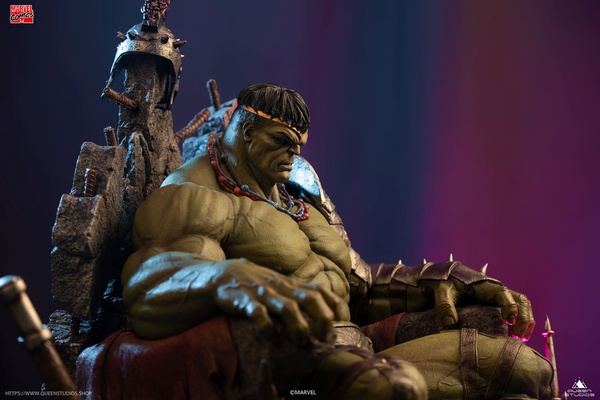 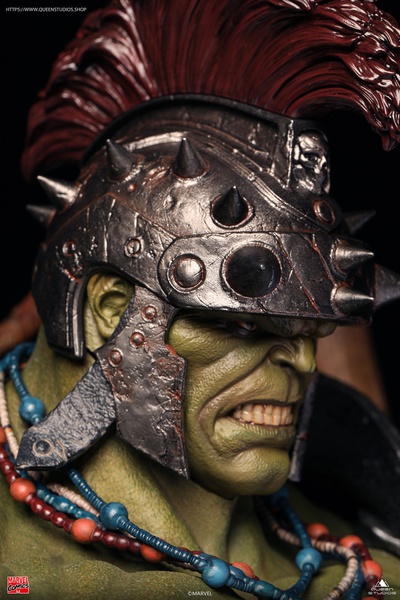 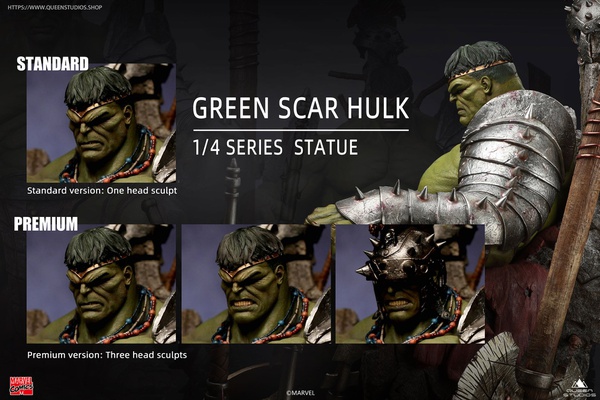 The “Green Scar” Hulk is a tragic character with origins in Marvel Comics Planet Hulk. After the Green Scar Hulk witnessed the death of his family and friends, he wages war to enact revenge against the suspected culprits. The Queen Studios 1/4 statue is based on the Green Scar Hulk from the cover of World War Hulk (2007) #4, which many recognise as the iconic character that inspired Gladiator Hulk from Thor Ragnarok.

The Green Scar Hulk is a tortured character with a tragic past. To capture the character’s inner demons, this 1/4 Hulk statue includes three unique head sculpts. Each head sculpt features the Green Goliath looking forward menacingly as he grips his throne. The Regular Edition sees the Hulk with his lips pursed together. While the Premium Edition features the same head sculpt with two additional sculpts. One gritted teeth no helmet. The other with gritted teeth and his gladiator helmet.

This limited edition Green Scar Hulk depicts the Comic Book character with remarkable detail. Queen Studios’ artists have worked hard to capture his ripped physique and pulsating veins, as well as the weathered and worn weapons surrounding his throne of stone. Painted to perfection, the final statue encapsulates the essence of the Green Scar Hulk that we see on the classic comic book cover. Brooding and plotting, there is no doubt, the Hulk is ready to smash!