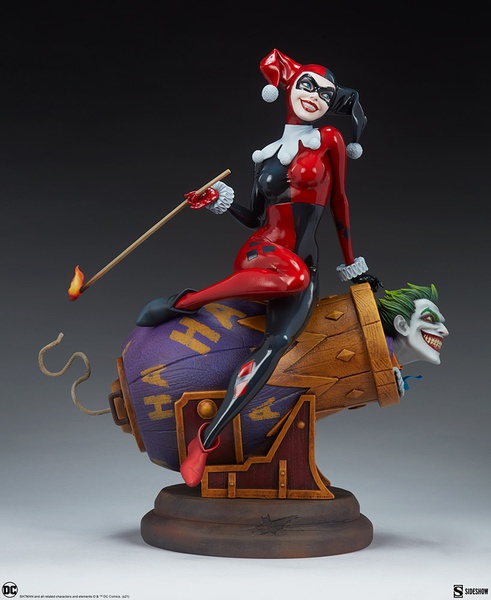 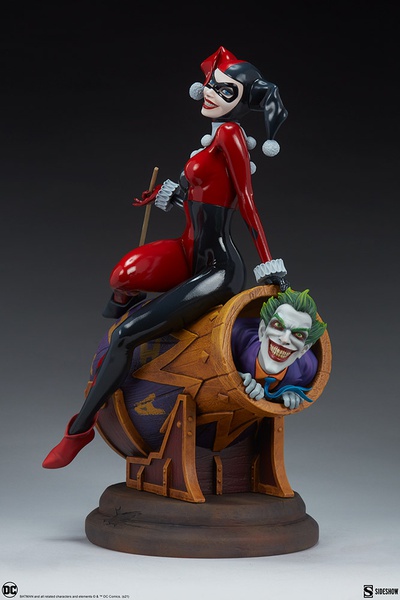 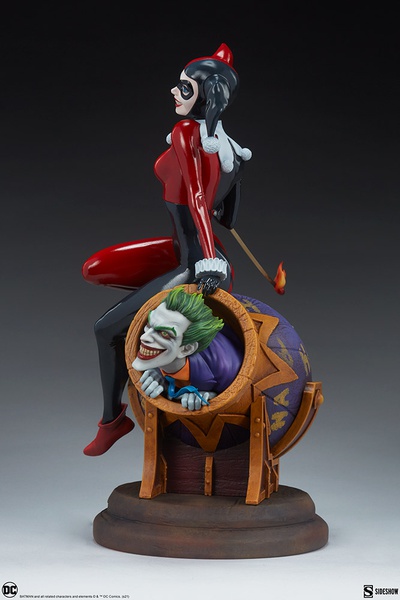 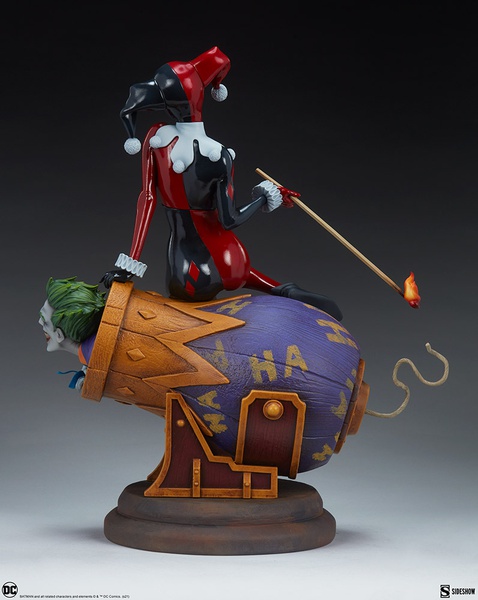 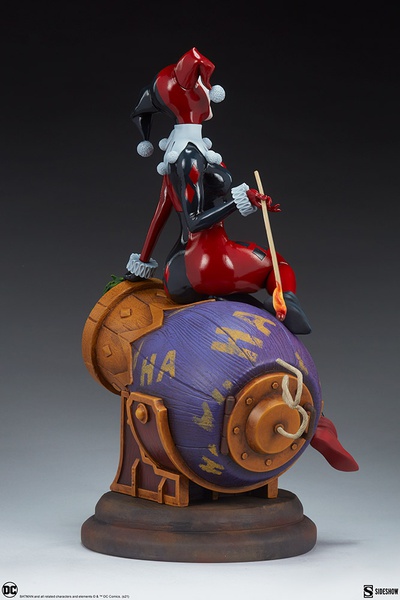 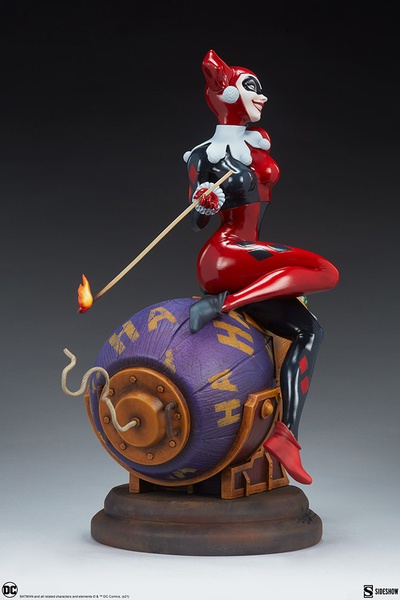 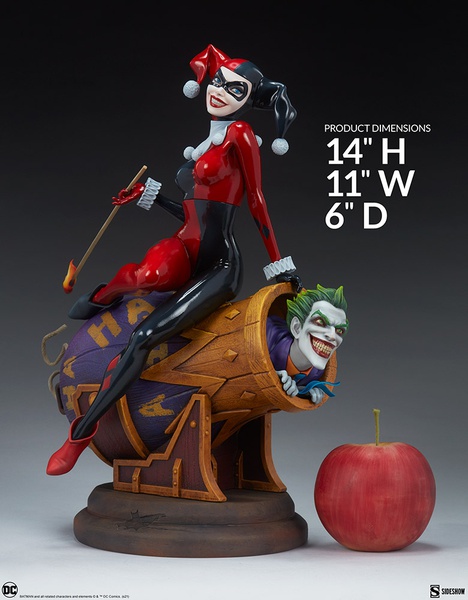 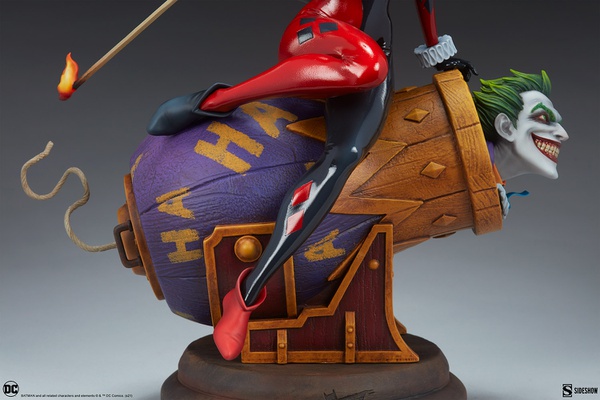 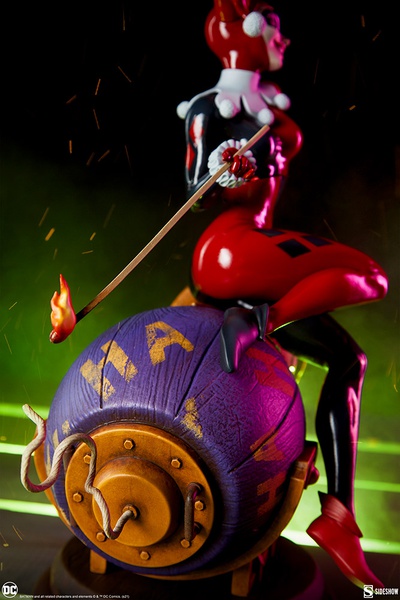 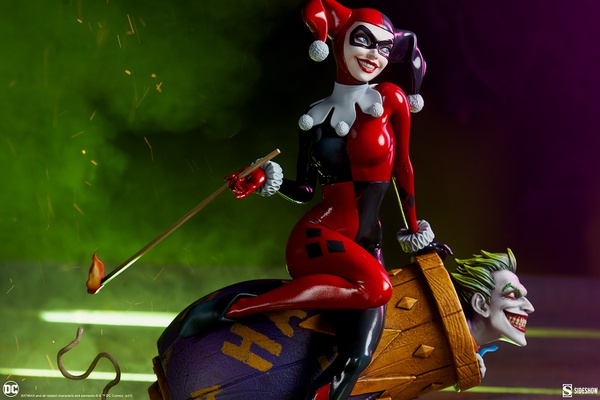 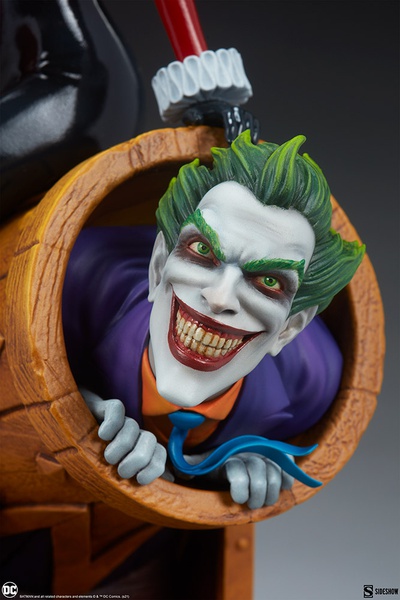 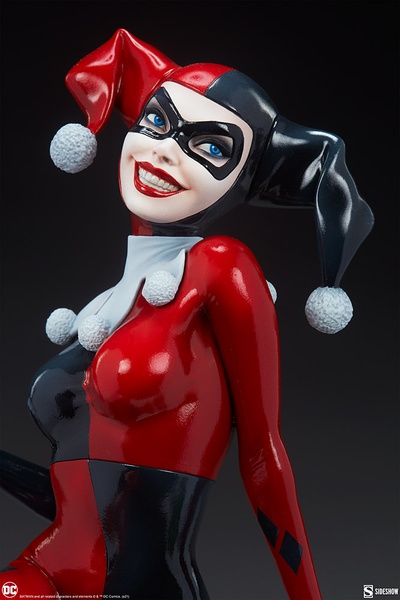 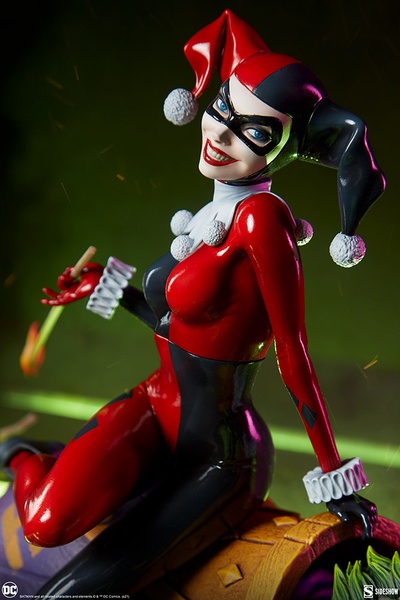 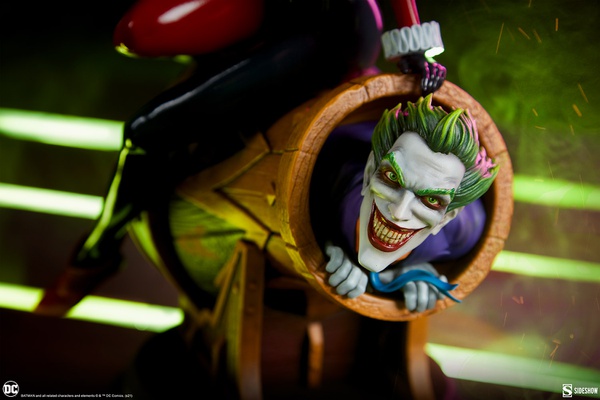 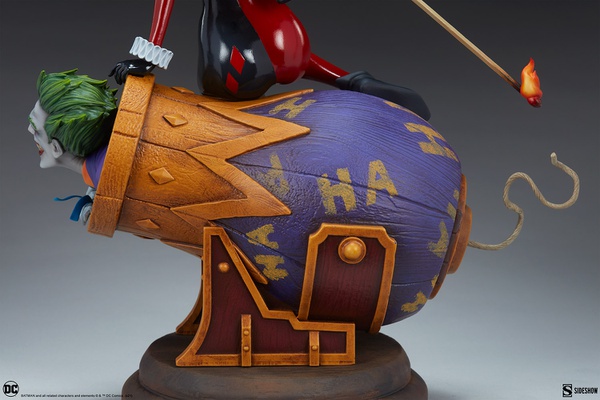 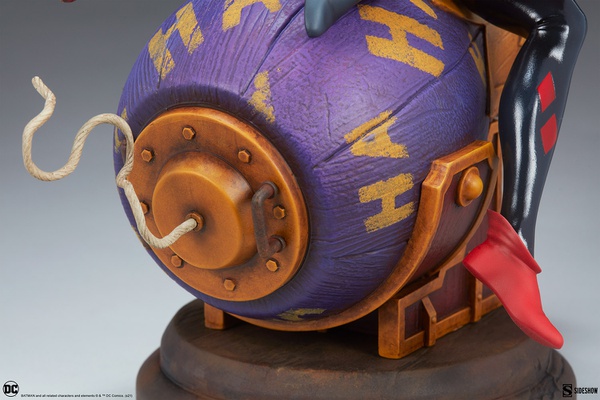 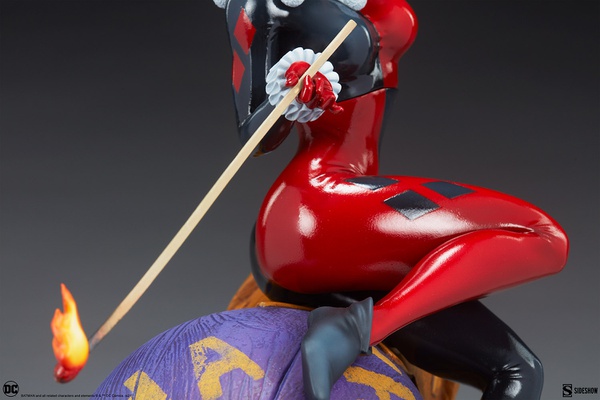 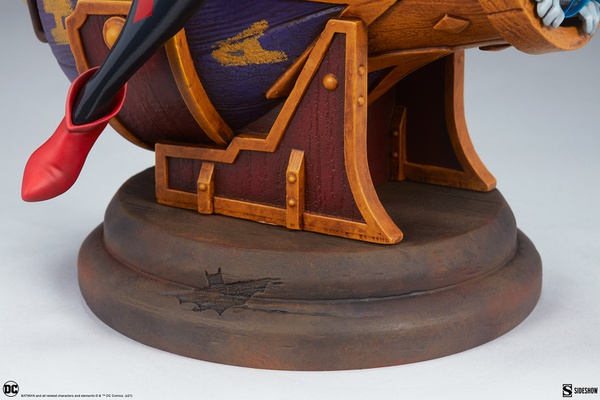 PRE ORDER DEADLINE: 5 MAY 2021 OR WHILE STOCKS LAST

Sideshow presents the Harley Quinn and The Joker Diorama, launching into your line-up of DC Comics
collectibles.  When it comes to clowning around in Gotham, Mistah J and his best girl Harley always make sure that the joke lands- even when it’s shot out of a cannon! The Harley Quinn and The Joker Diorama measures 35.56 cm tall and 27.94 cm wide as the two criminal lovebirds prepare to take their partner act up a notch. Sitting on a purple and orange coloured cannon base, Harley Quinn holds the match that will send the Clown Prince of Crime sky-high, while inside the barrel, The Joker can’t help but smile as he plots the punchline to his next prank on Batman.

The polyresin Harley Quinn and The Joker Diorama is fully sculpted, practically exploding with personality (and that’s not just because Harley’s about to light the fuse). Inspired by their classic comic book appearances, Harley Quinn and The Joker make a colourful, clownish duo. Harley wears her iconic two-toned red and black jester costume with white accents, and The Joker’s purple suit, orange dress shirt, and blue necktie can be seen as he peers out of the cannon. The base is sculpted with realistic wood-like textures and is patterned with “Ha Ha Ha” text. A hidden Bat-symbol is weathered into the circular pedestal below these fan-favourites in the Batman Rogues Gallery, proving that Gotham’s Caped Crusader is never far behind when trouble strikes.

Liven up your collection with a little laughter and bring home the Harley Quinn and The Joker Diorama for your Batman collection today- it’s sure to be a blast!