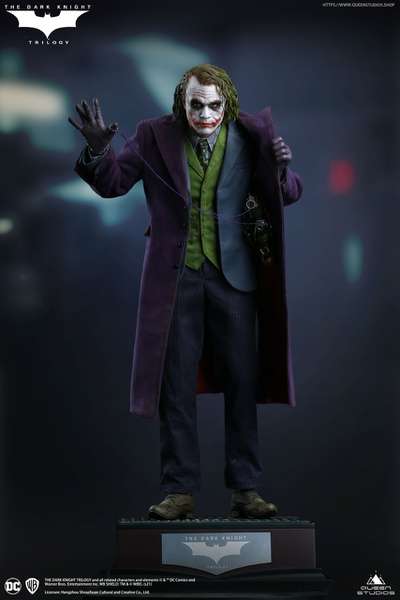 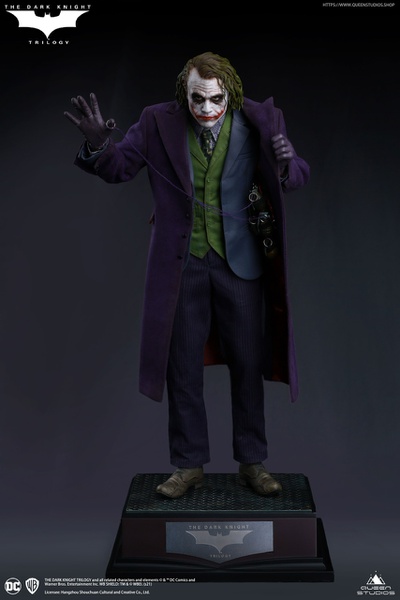 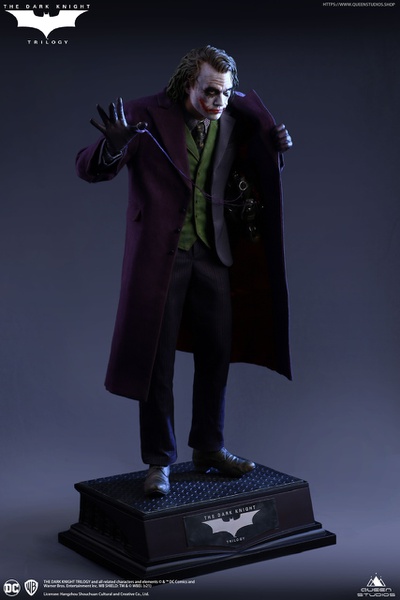 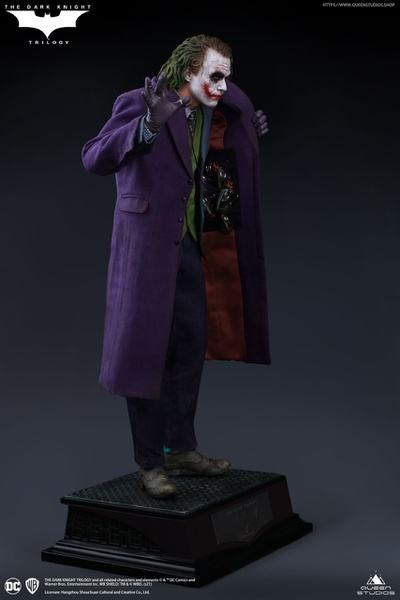 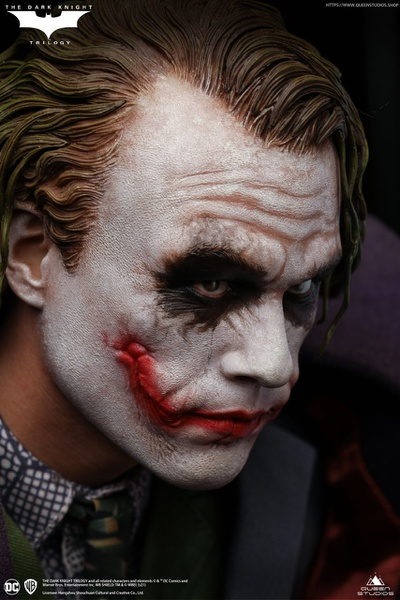 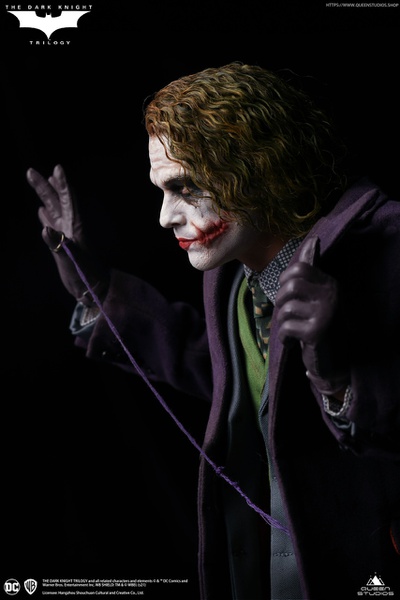 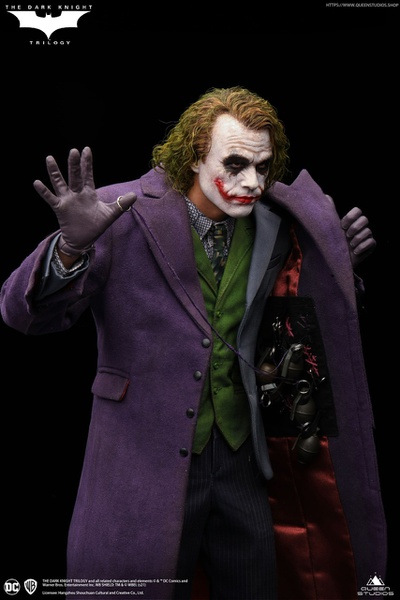 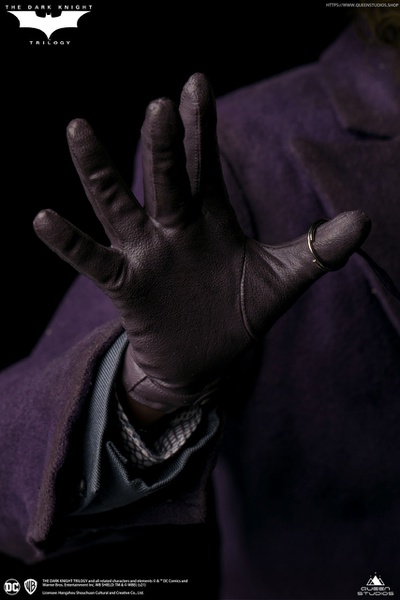 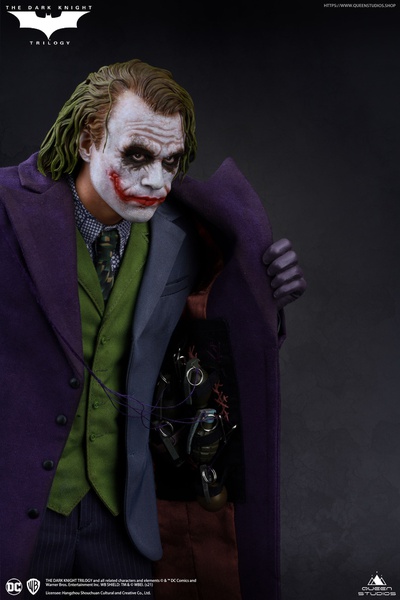 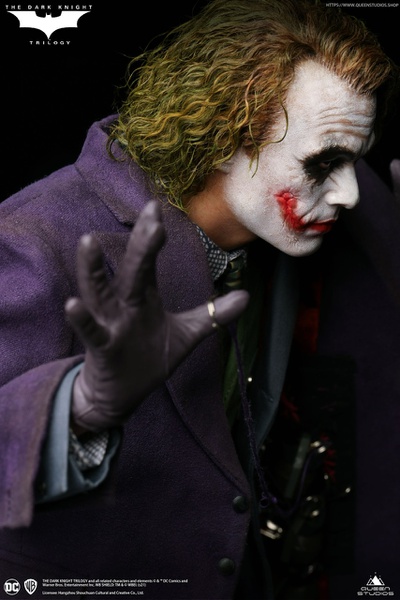 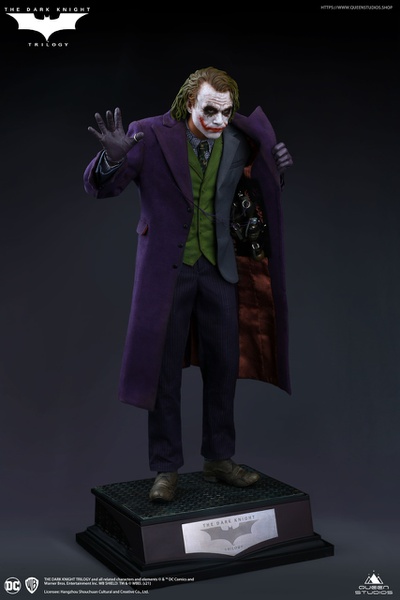 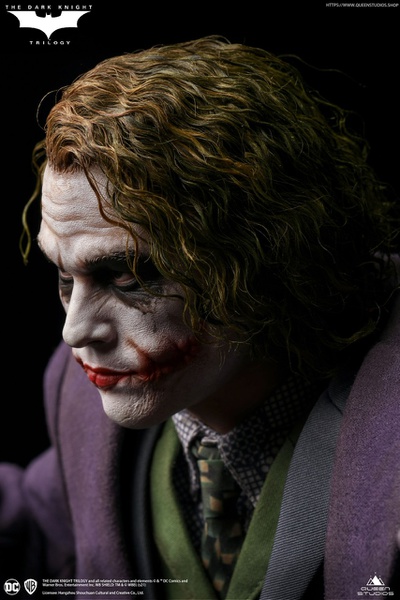 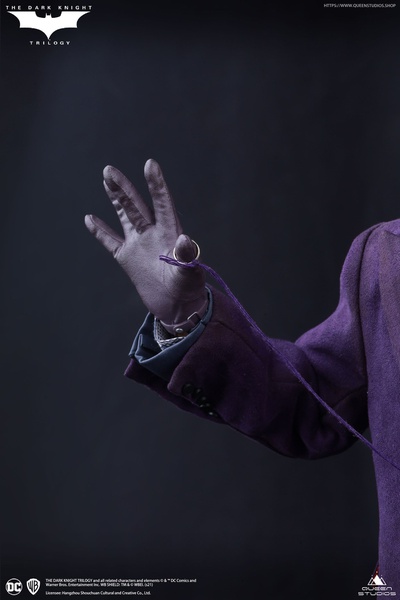 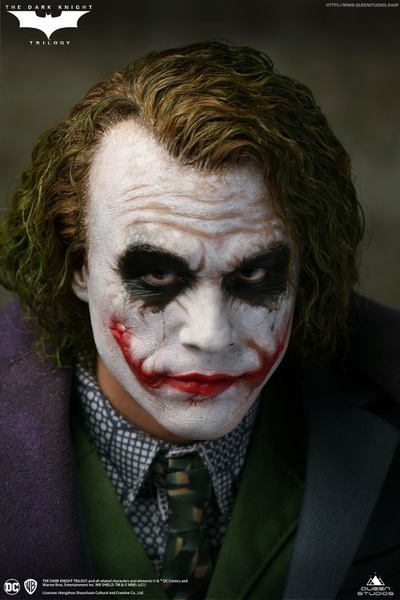 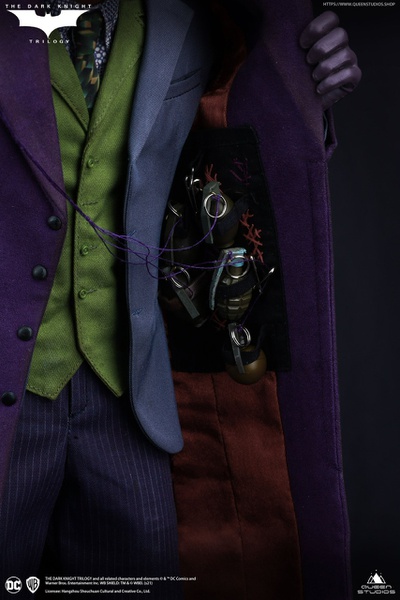 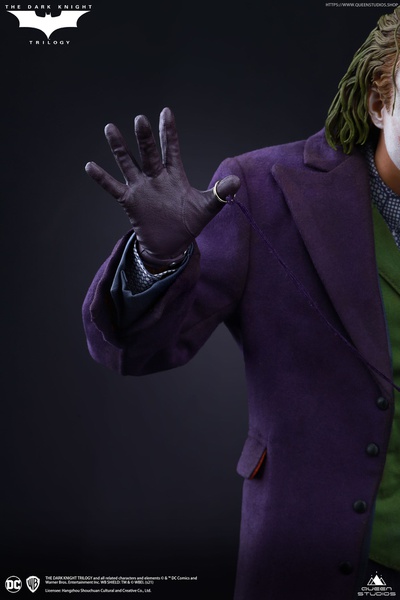 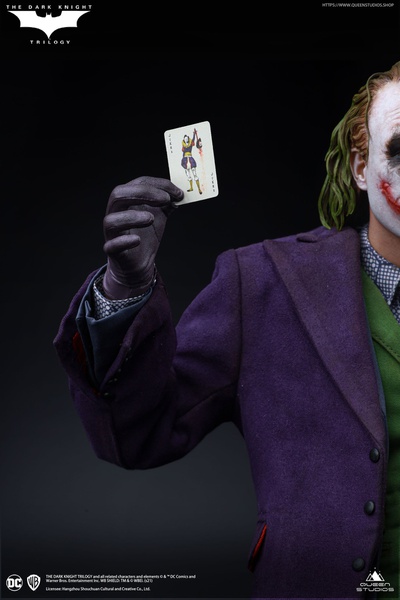 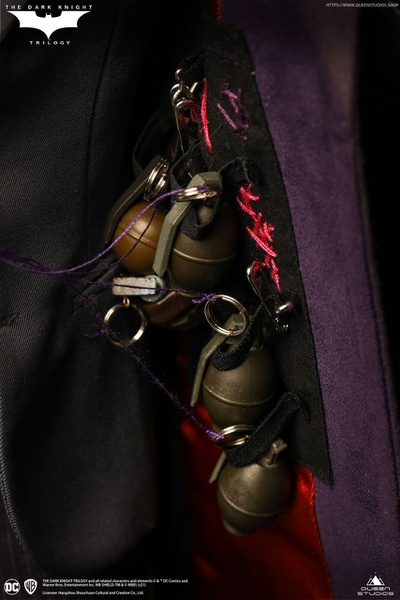 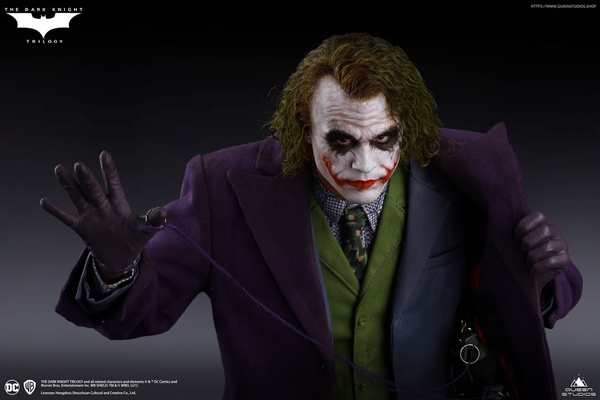 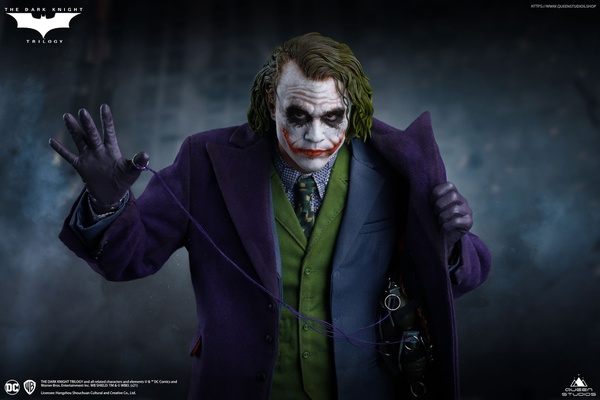 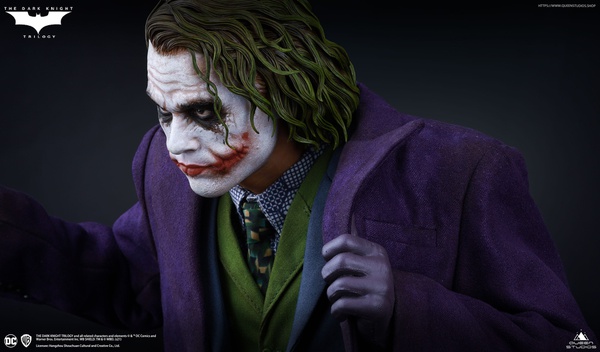 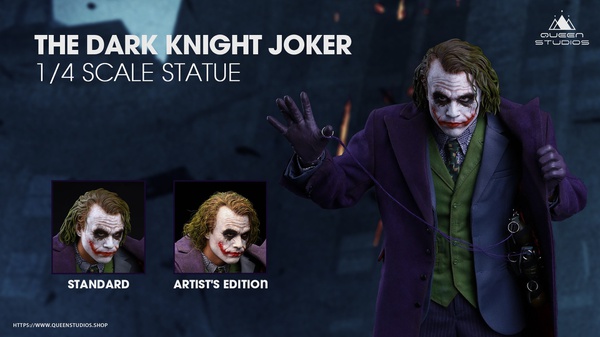 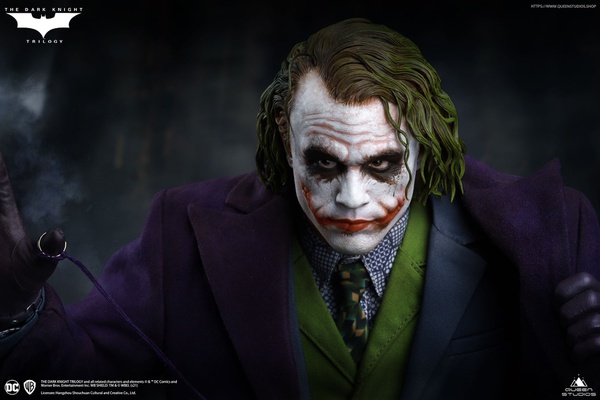 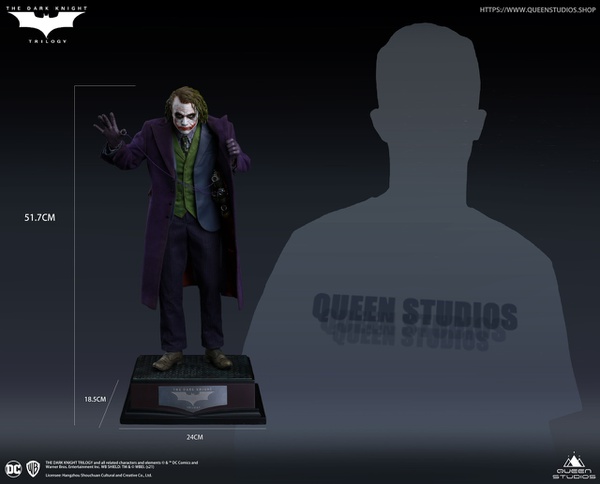 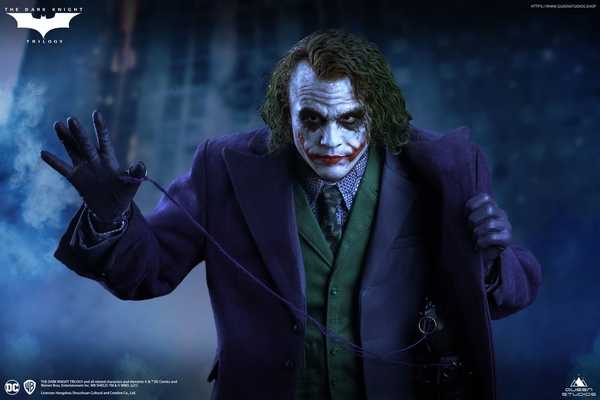 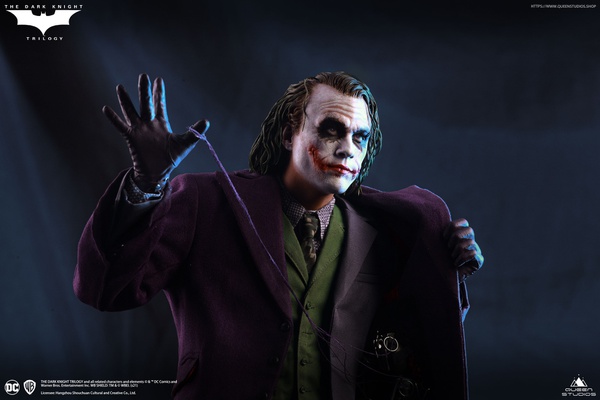 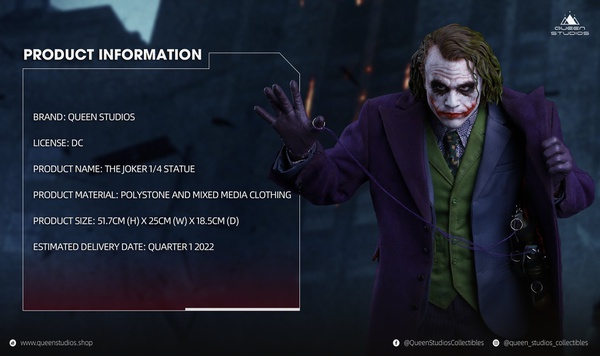 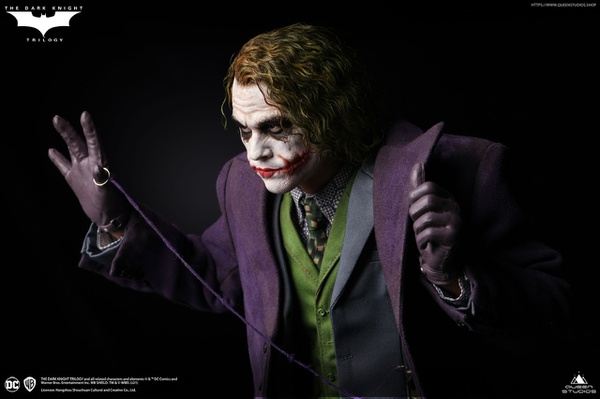 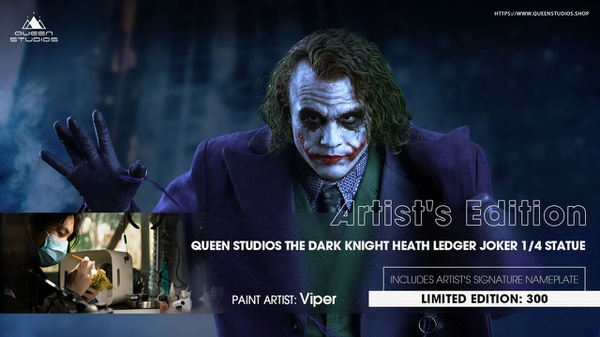 The Joker has become a cultural phenomenon. Since the 1940s, the Clown Prince of Crime has been one of the most popular villains both on-screen and off. And While we've seen many iconic actors bring their own interpretation of the role, few have been as legendary as the late great Heath Ledger's performance in The Dark Knight.

Ledger described the Joker as a psychopathic, mass-murdering schizophrenic clown with zero empathy”, and in the movie, he captured this perfectly. In the Dark Knight, we see many examples of this, but none quite as powerful as the "magic trick” from the mob scene. Here we see the many layers of the character, his ability to perform unspeakable acts without flinching, his ability to outsmart his counterparts and stack the chips in his favour with grenades hidden in his coat. And finally, leaving a
single playing card, walking away unscathed.

The Queen Studios Heath Ledger Joker 1/4 statue is based on one of our favourite scenes from The Dark Knight. As the Joker presents his plan to the crime bosses of Gotham City, he reveals that he has one more trick up his sleeve (or to be more accurate, inside of his overcoat). To recapture this iconic scene, our artists have created scaled-down movie-accurate grenades that fit inside a hand-tailored overcoat. Each statue also includes high-quality tailored fabric clothing, from his multi-coloured socks to purple pinstripe pants and green vest and hexagon shirt.

As with any Joker statue, it’s the head sculpt that brings the character to life. To capture the essence of Heath Ledger, our artists have created a hyper-real portrait with incredible detail. To nail the likeness, they have started with a sculpt, focusing on the scars in his "Glasgow grin", the fine lines around his eyes and the deep expression lines in his forehead. They've then followed up with The Joker's signature make-up applying, expertly applying the paint to produce what we believe is our best head sculpt yet.

As a bonus, both the Special Edition 1/4 Joker and the Regular Edition come with two switch-out hands and miniature playing cards. These hands allow you to recreate two iconic moments from the movie. One with the IED and tripwire, and the other with The Joker presenting a playing card.