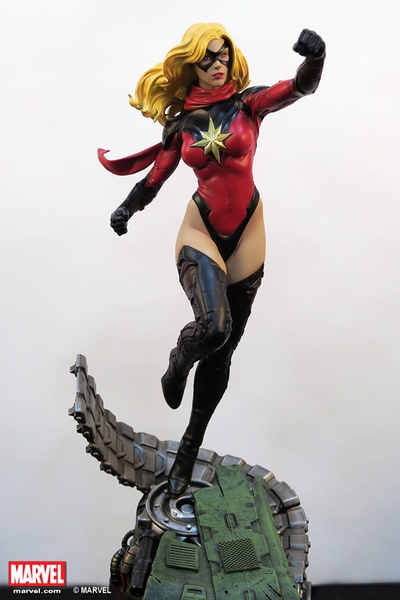 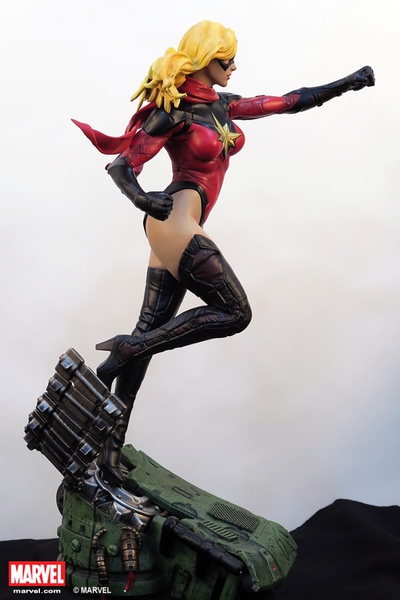 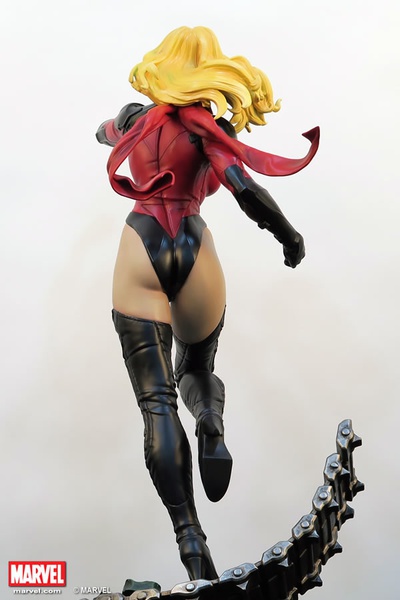 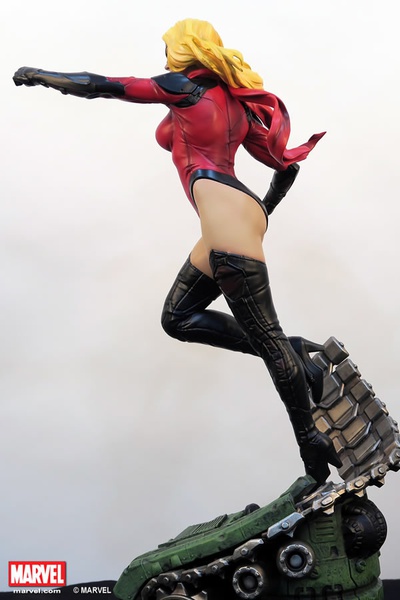 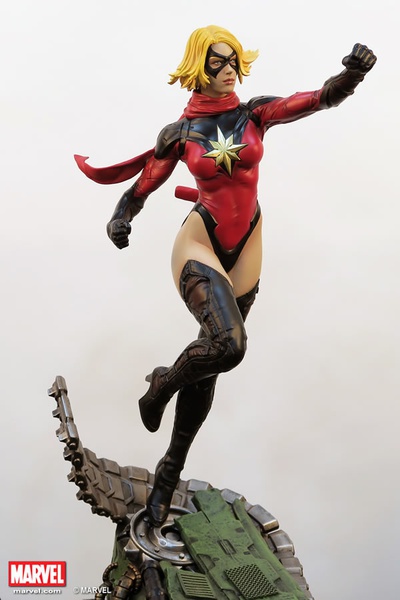 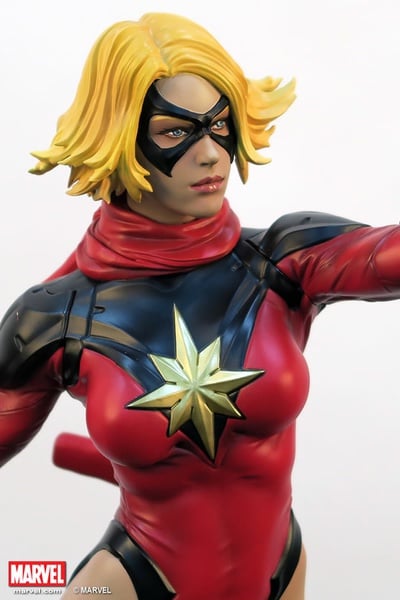 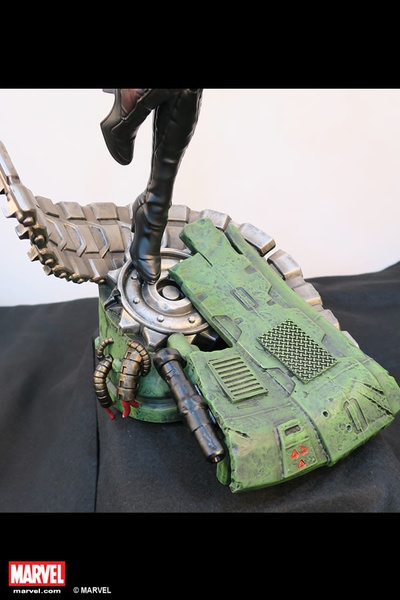 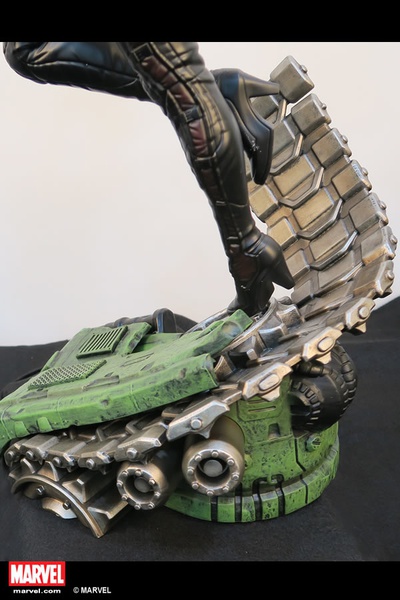 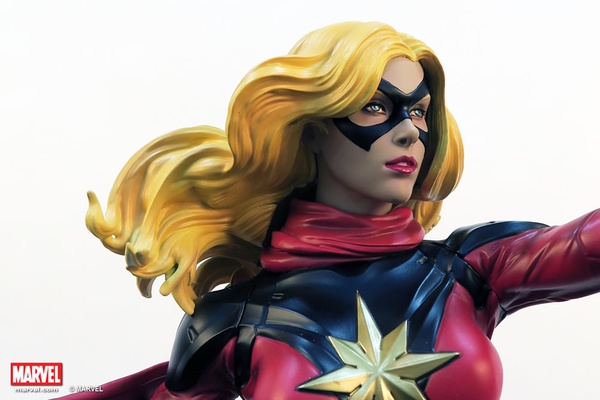 In an action pose bursting out of a battle-ravaged tank debris which is designed to go well with our upcoming She-Hulk, you can also switch between Classic Crop or Luscious Long Golden Locks for the Ms Marvel look you prefer!

Carol Danvers is a Major in the United States Air Force who worked alongside Dr. Philip Lawson in a special satellite base in Colorado. After an attack by a 459 Sentry, Lawson revealed himself to be a Kree warrior/scientist known as Mar-Vell. During the battle, an explosion caught both Marvel and Danvers in the middle, causing Danvers to be exposed by the cosmic energy flowing around Mar-Vell, imbuing her with cosmic powers from the exposure. Following her recovery, Carol becomes Ms. Marvel and later second-in-command to the S.H.I.E.L.D. Extra-Terrestrial Division known as S.W.O.R.D.