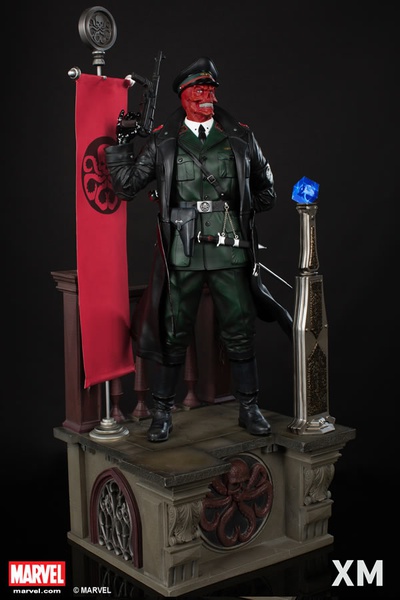 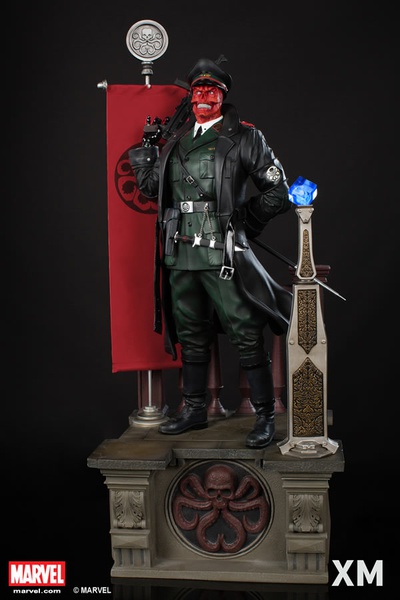 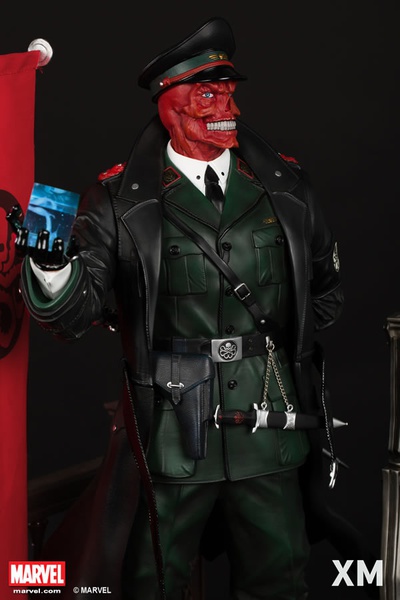 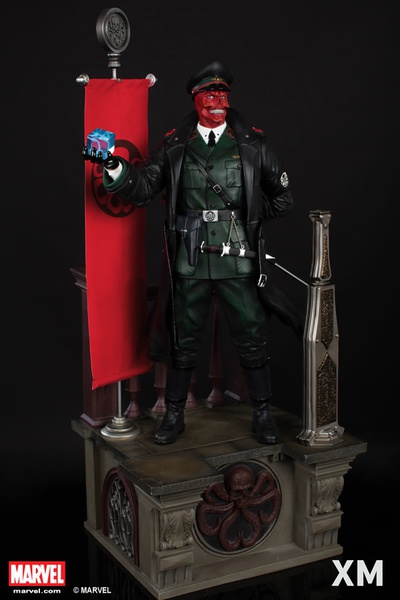 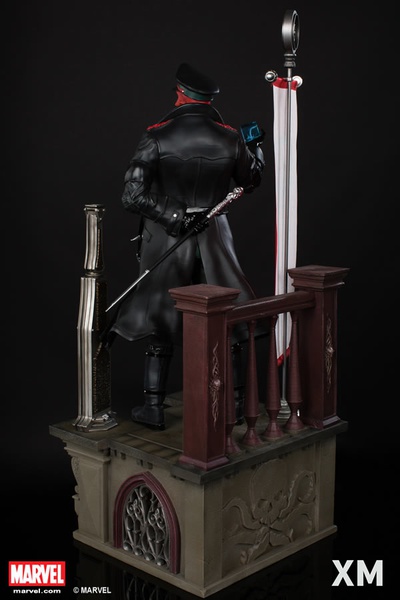 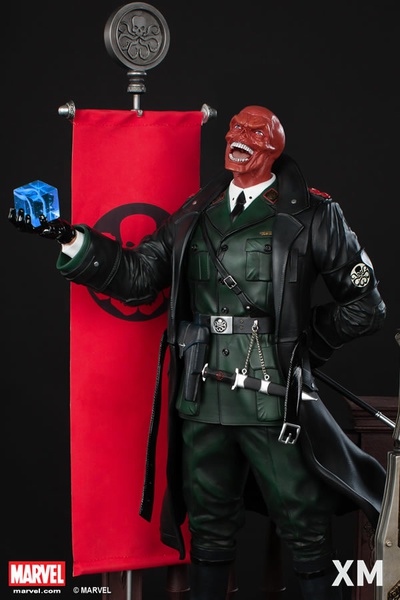 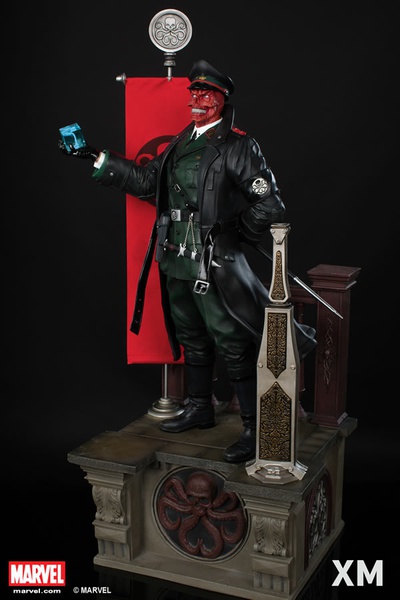 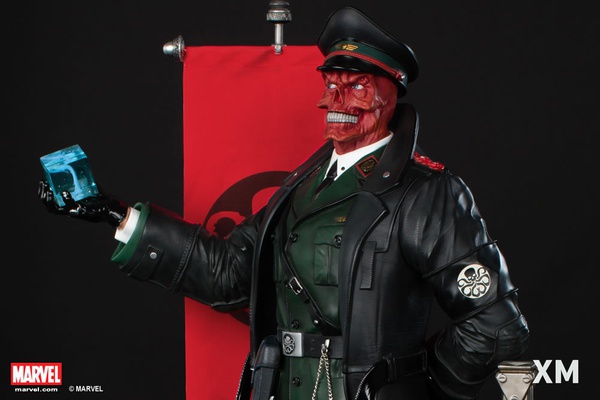 "EVERYTHING IS GOING ACCORDING TO PLAN."

The arch nemesis of Captain America since the beginning of time, Red Skull plagues the world with schemes of world domination and genocide. A must have for any Captain America fans and perfect companion piece to XM's Captain America and Winter Soldier.

Trained personally by Hitler, Johann Shmidt was awarded a unique uniform with a grotesque red skull mask, and he emerged as the Red Skull. His role was the embodiment of Nazi intimidation, while Hitler could remain the popular leader of Germany. The Red Skull was appointed head of Nazi terrorist activities with an additional large role in external espionage and sabotage. He was spectacularly successful, wreaking havoc throughout Europe in the early stages of World War II. The propaganda effect was so great that the United States government decided to counter it by creating their own equivalent using the recipient of the lost Operation Rebirth, Steve Rogers, Captain America. The two counterparts soon clashed in what would be a series of engagements throughout the war, ending with a final battle that left the Skull buried under the rubble of a bombed building. Because he was immediately exposed to an experimental gas there, he remained in suspended animation for decades. Johann was eventually rescued in modern times by the terrorist organization, HYDRA. The Skull quickly subverted a HYDRA cell to his own ambitions of world conquest and the death of Captain America.