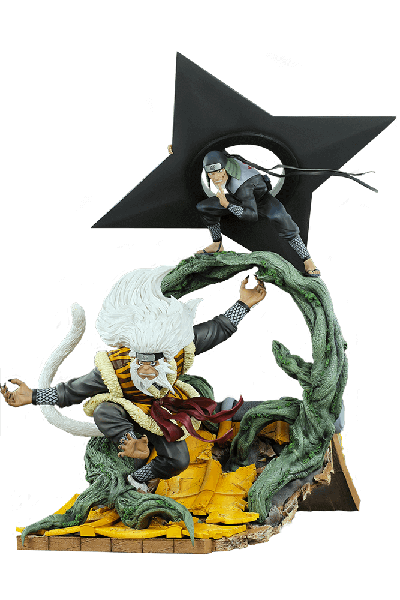 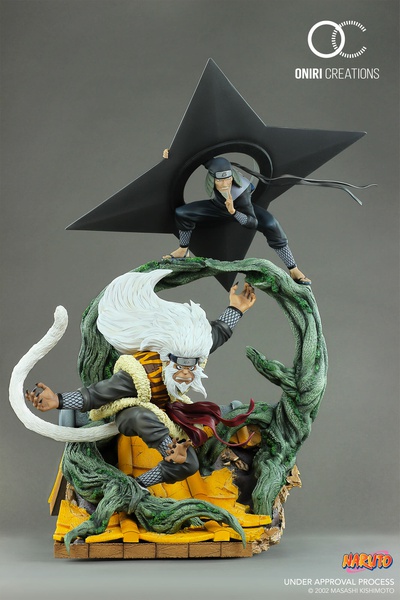 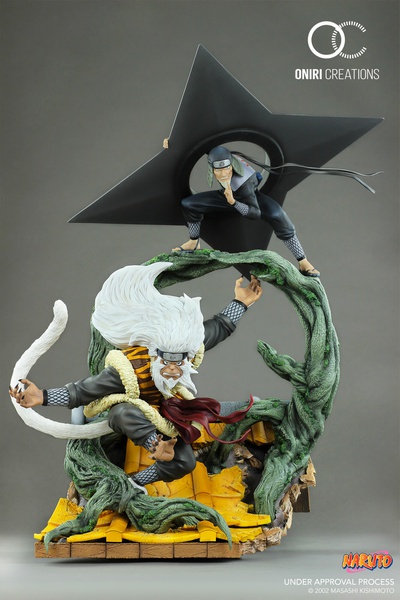 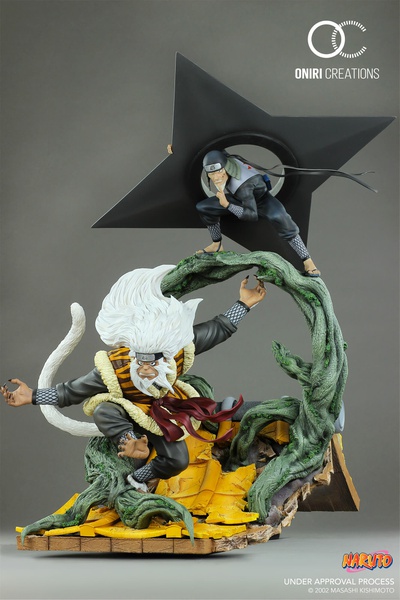 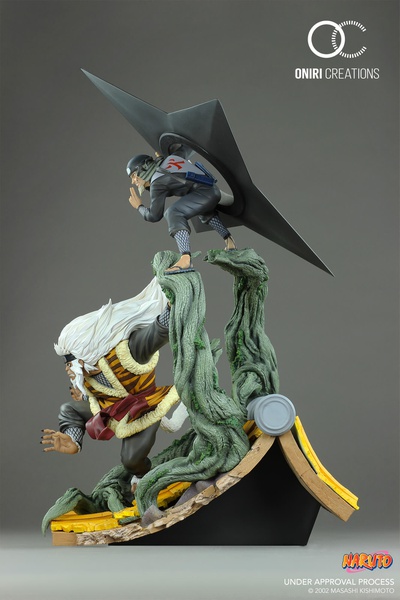 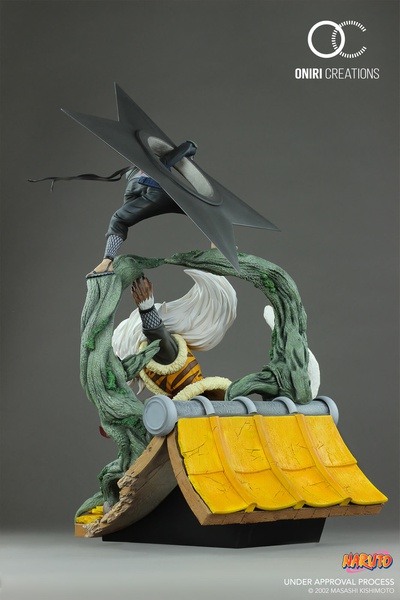 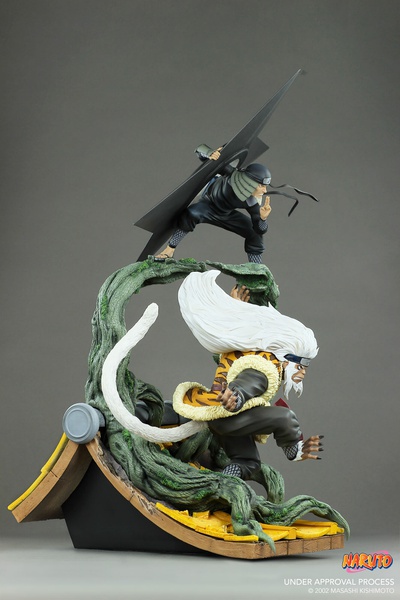 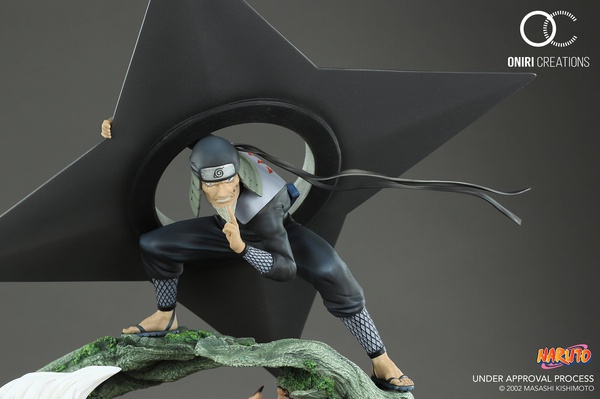 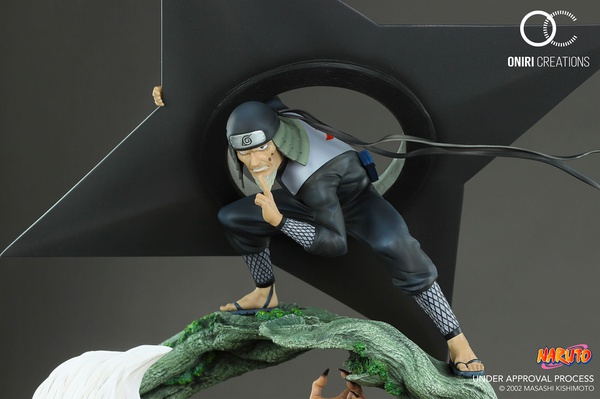 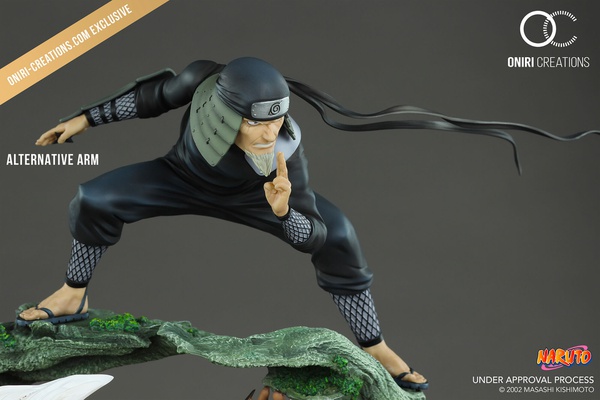 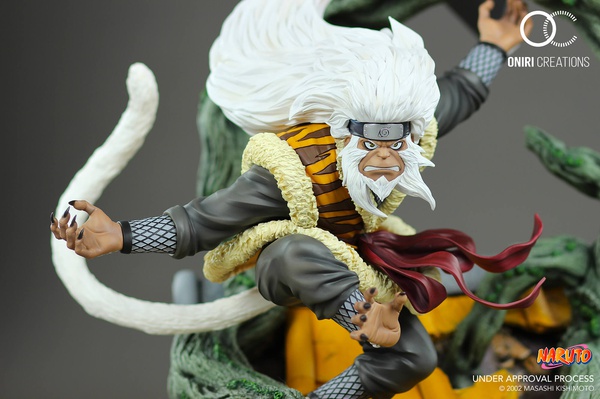 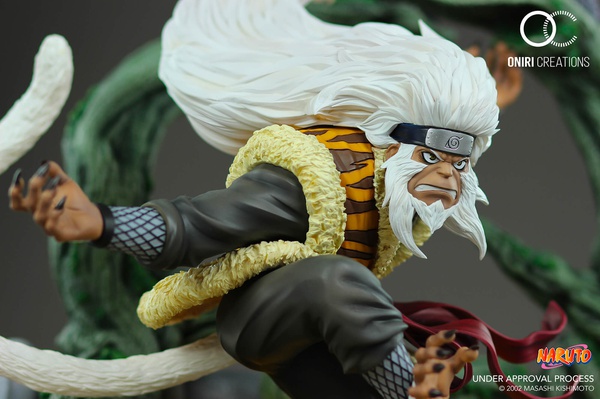 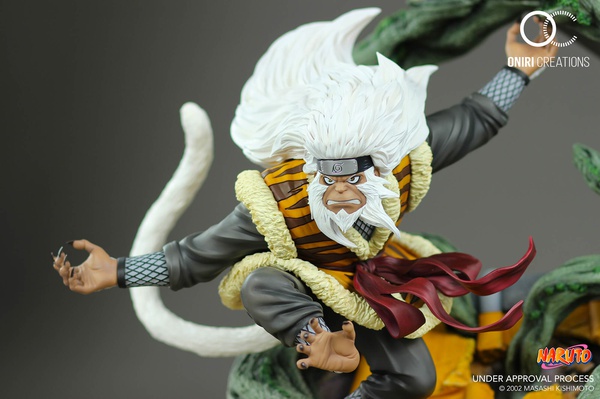 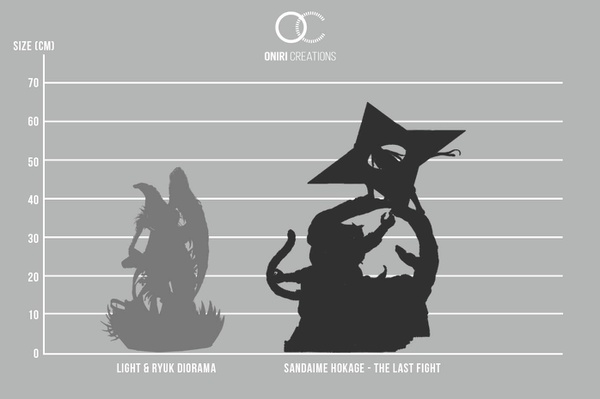 ABOUT THIS 1/6 Scale statue

This is Oniri Creation’s very first statue based on the amazing Naruto licence!

Student of the first two Hokage, the one they call “the Professor” or “the god of the Shinobi” will give his life to save Konoha from the Orochimaru threat.

With this statue, Oniri Creations wanted to pay tribute to one of the most memorable scenes from the anime. The diorama depicts Sandaime, joined by the mighty Monkey King Enma, during his final battle against his former student, Orochimaru.

Sarutobi wears his battle outfit, and holds in his hand a truly massive shuriken. Sandaime towers over the scene, perched on two giant tree roots resulting from the first Hokage's attack. Enma is depicted in his most classic and iconic pose when he is summoned. The base is also made of roof tiles that were heavily damaged by Hashirama's Mokuton