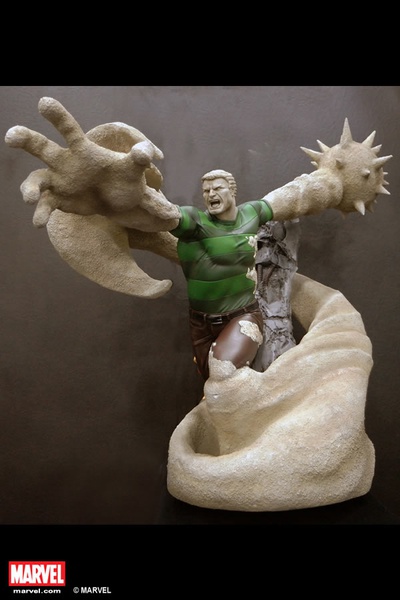 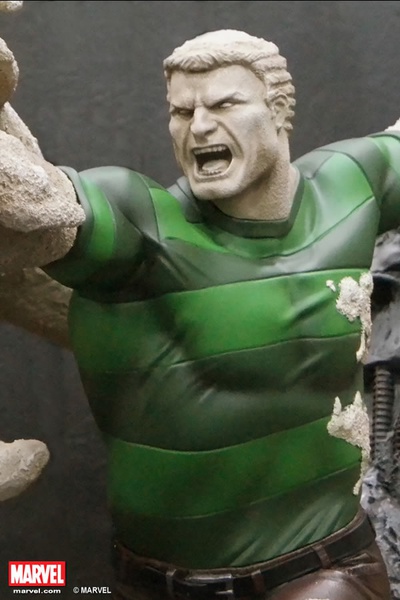 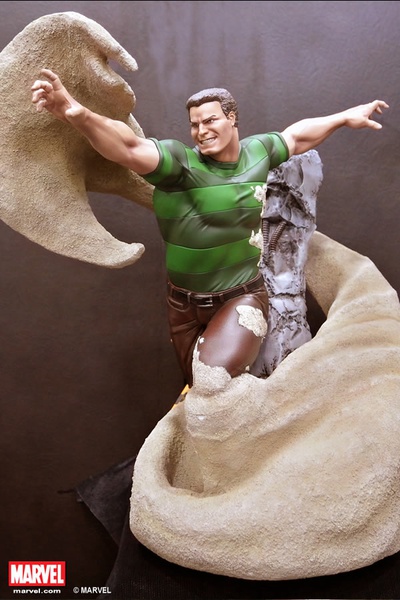 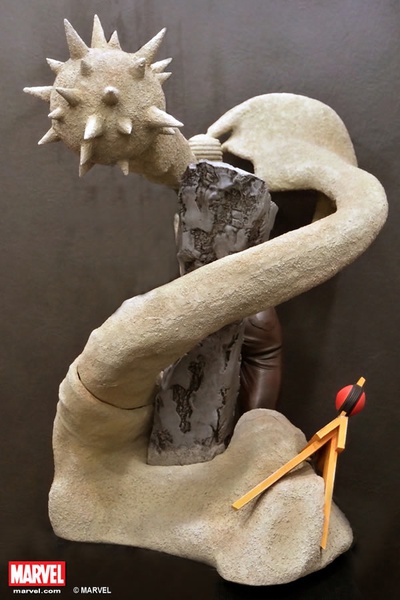 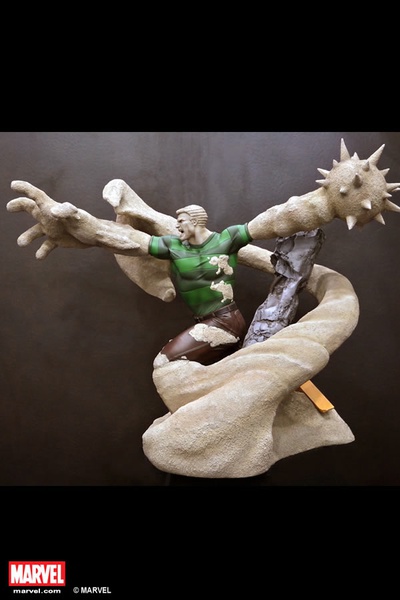 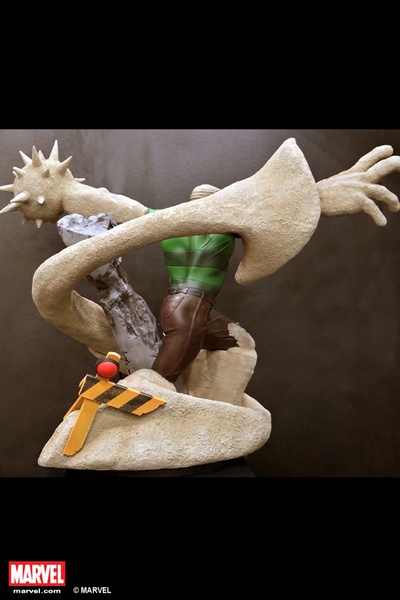 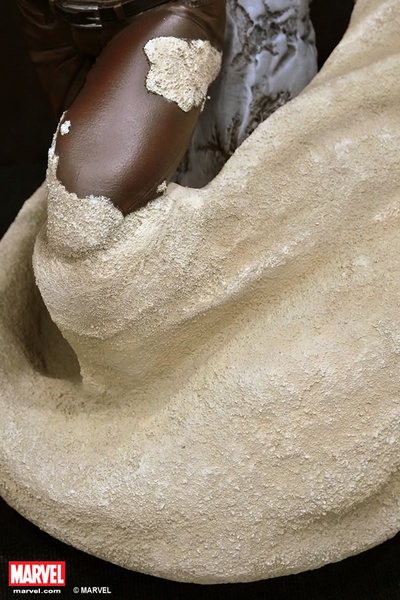 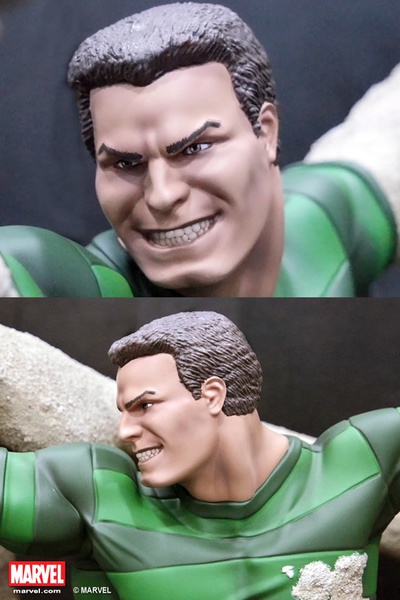 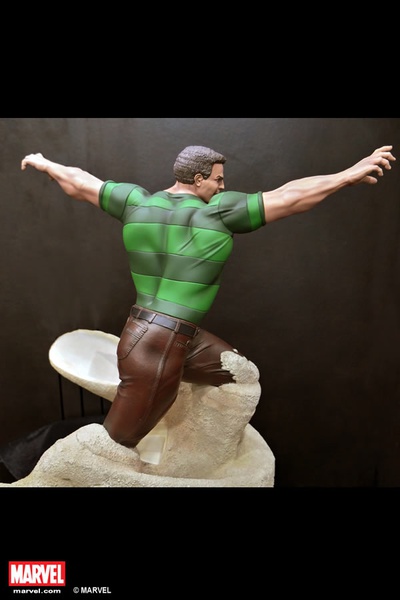 With the ability to transform and manipulate sand, the statue form allows various display options from human to Sand form. The two large Sand arms demonstrate just 2 of the various destructive weaponry Sandman has at his disposal. The Sandman possesses superhuman strength several times more than Spider-Man's, on par with the Thing's and is an important member of the Sinister Six – collect them all!

William Baker was born in a rough neighborhood in New York. Abandoned by his father when he was three-years old, William stole and cheated his way through adolescence and adopted an alias as Flint Marko. He soon became very successful in the New York criminal underworld, but was eventually  captured and placed in a maximum-security wing at Ryker's Island prison. Marko escaped through an unguarded drainage tunnel. With the FBI and police on his tail, Marko traveled south and sought refuge in a place where he was unlikely to be found: an atomic testing site near Savannah, Georgia. As he rested on a nearby beach, the experimental reactor's steam system exploded, bombarding him with a massive dose of radiation and apparently bonding his body with the sand. Awakening after a brief period of unconsciousness, Marko discovered his newly acquired ability to transform into a sand-like substance he could manipulate and reshape at will. Now easily able to elude authorities, the Sandman was born.