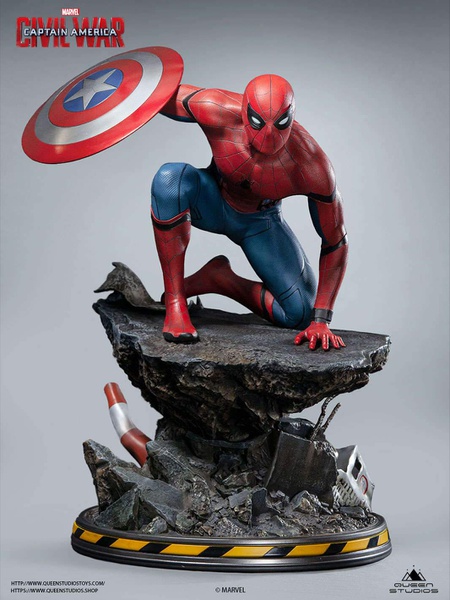 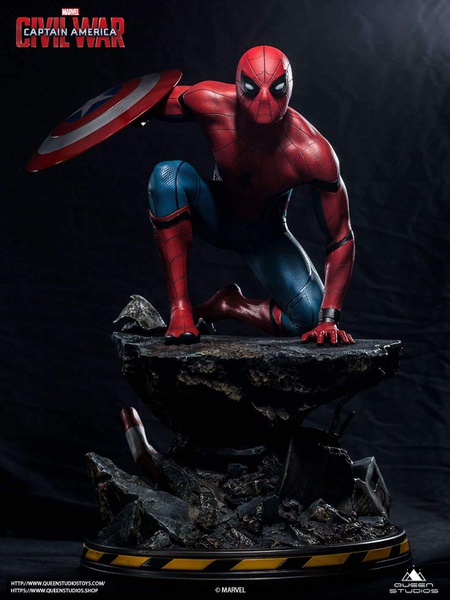 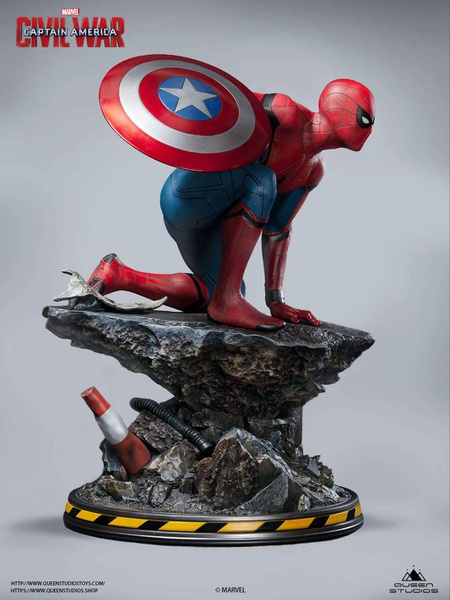 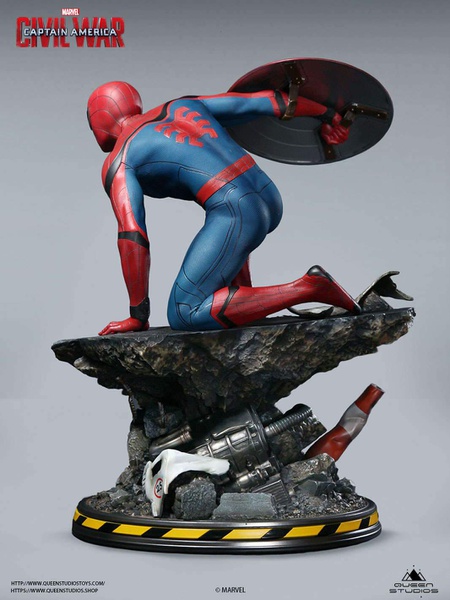 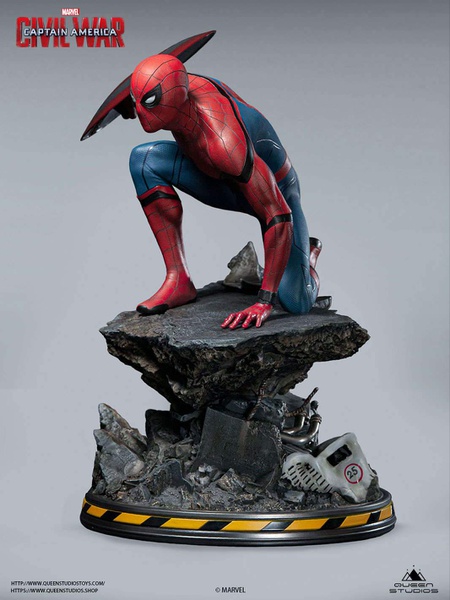 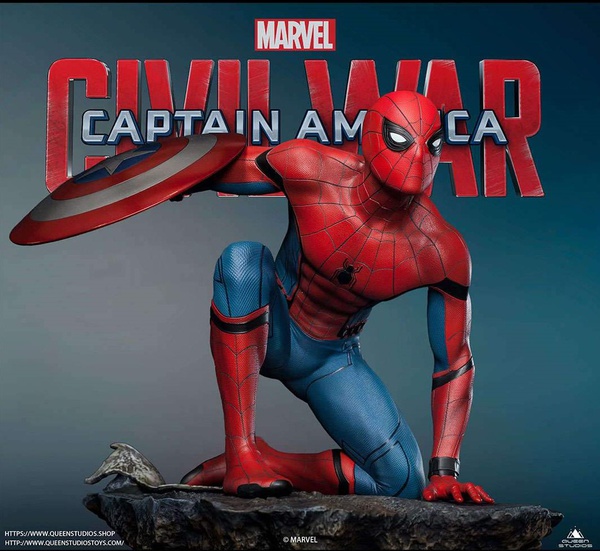 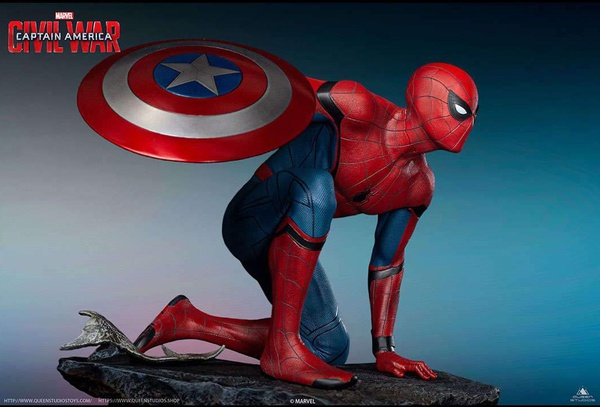 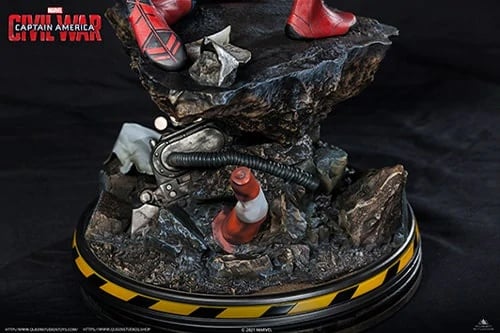 As political pressure mounts on the Avengers, the team form two camps based on differing ideologies on how they should be governed. One camp was led by Tony Stark, the other led by Captain America. When their argument spills over into a physical confrontation, Tony seeks to recruit one more fresh-faced hero to his team. The young Peter Parker (Tom Holland) joins ranks as Spider-Man, cementing his place in the Avengers and becoming a fan favourite in the process!

Queen Studios 1:4 scale Spider-Man statue captures the fan favourite web-slinger as we saw him in the airport battle scene in Captain America: Civil War. Intricately designed and expertly sculpted, this limited edition collectible brings the character to life in his iconic blue and red Spider-Man suit with webbed trim. As he kneels on the ground staring forward, he holds Captain America’s shield slightly a lift, ready to do battle with his new team of heroes.