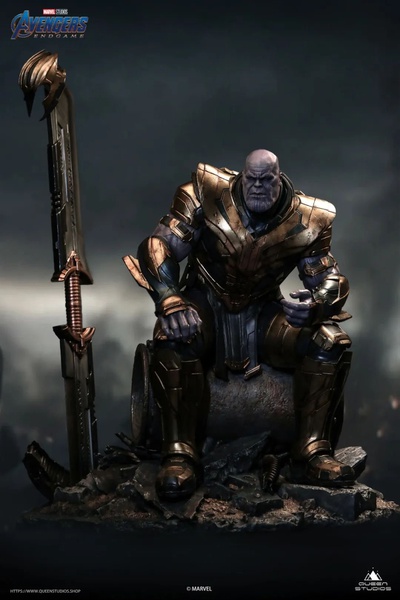 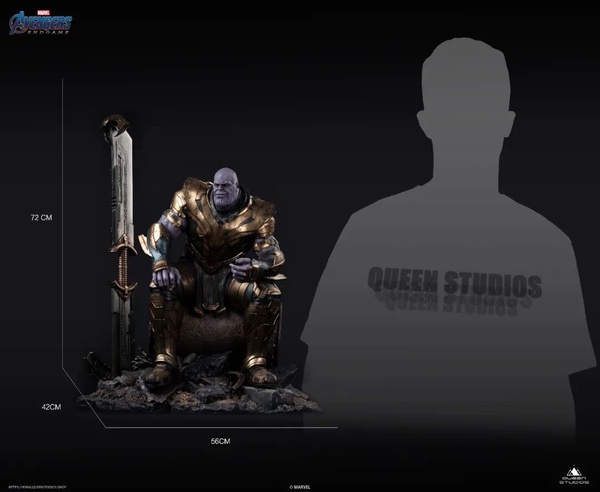 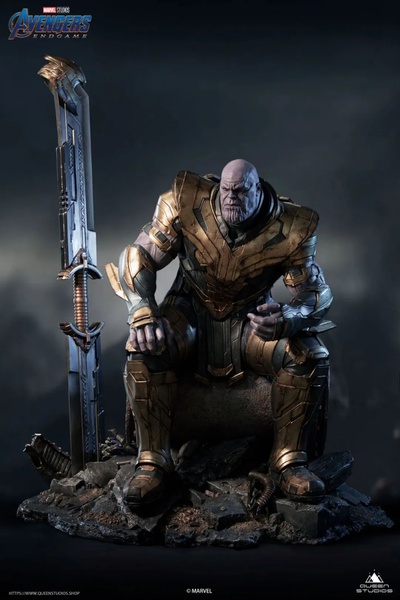 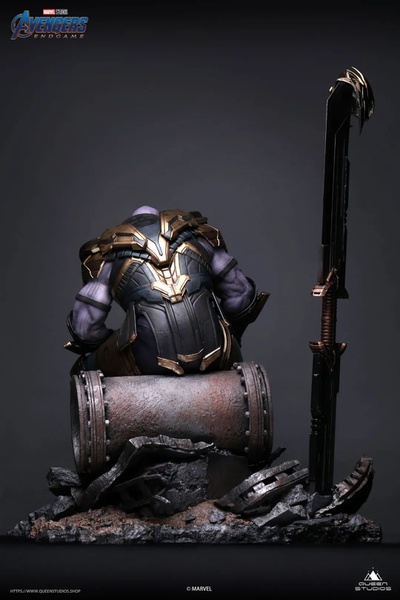 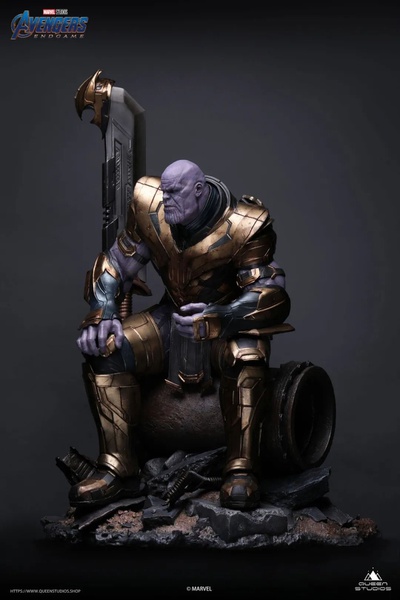 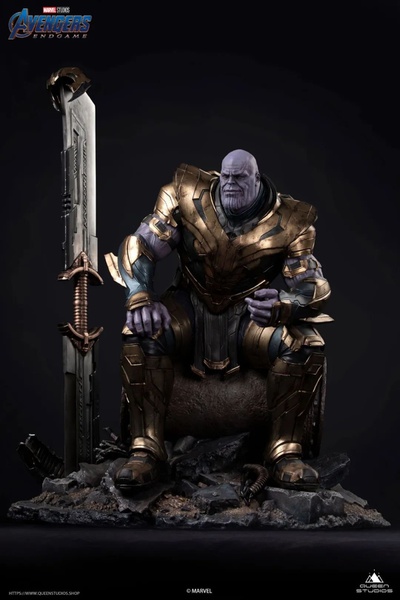 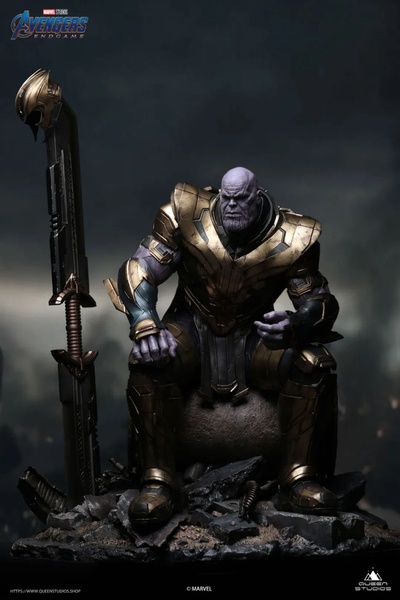 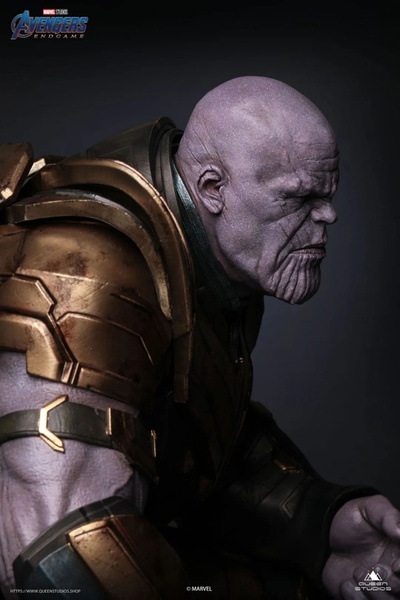 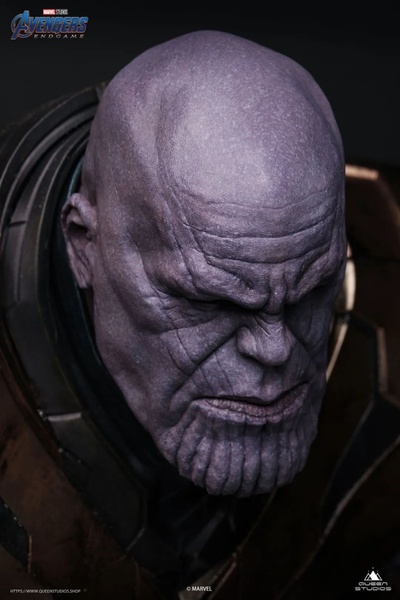 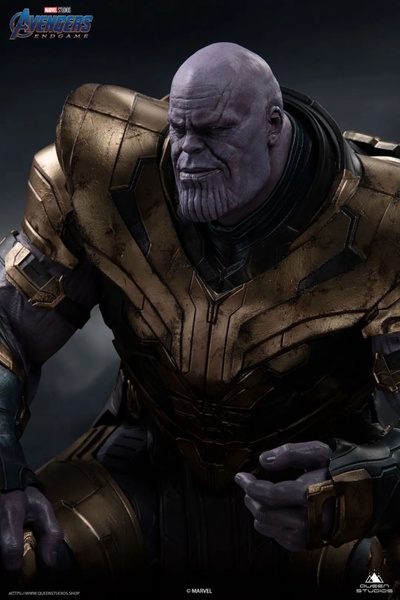 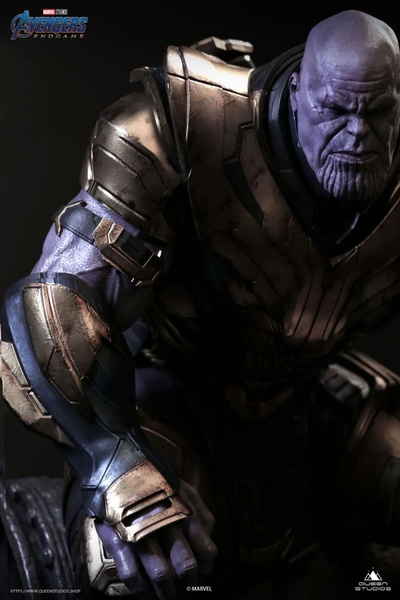 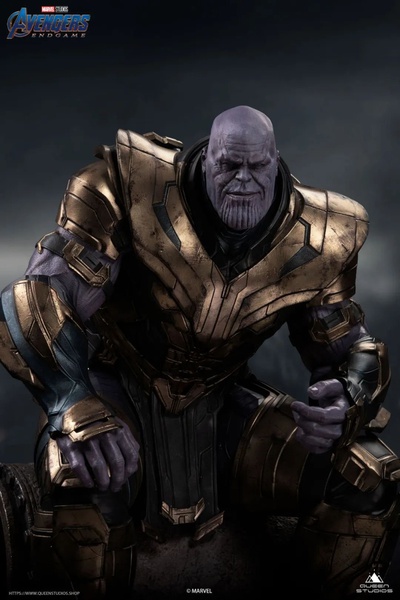 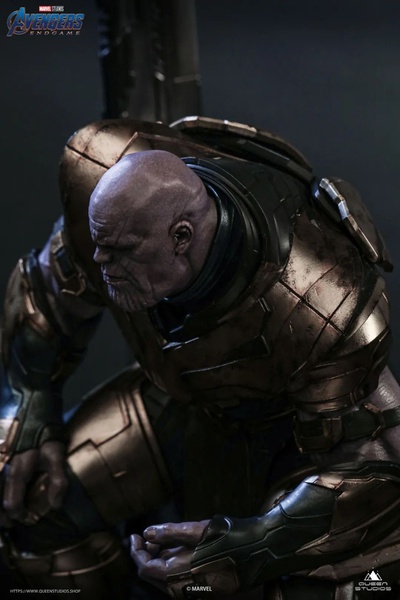 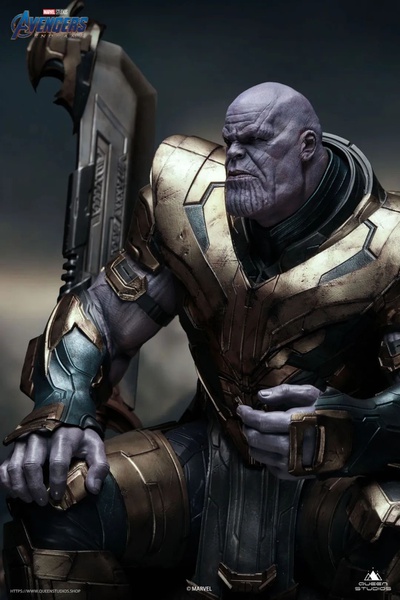 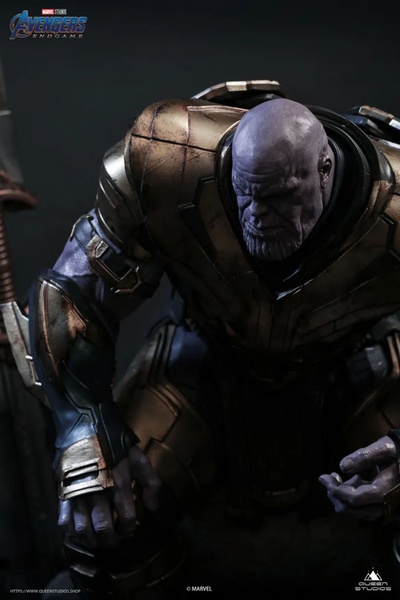 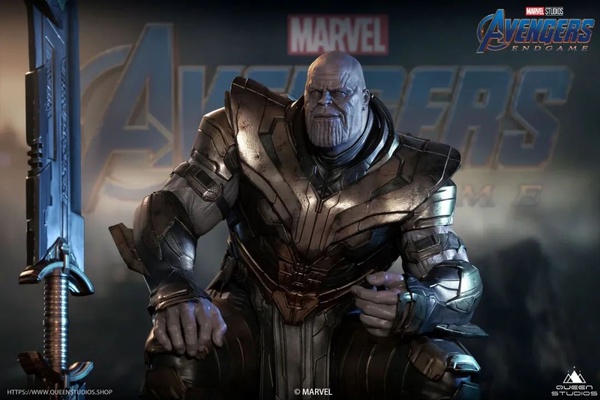 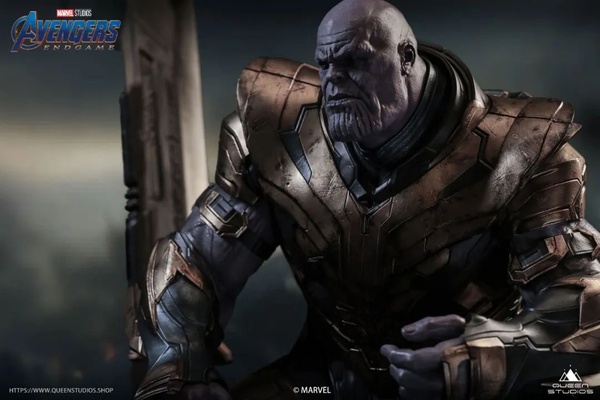 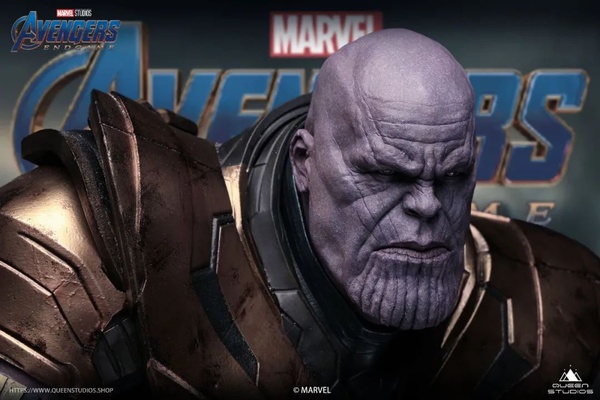 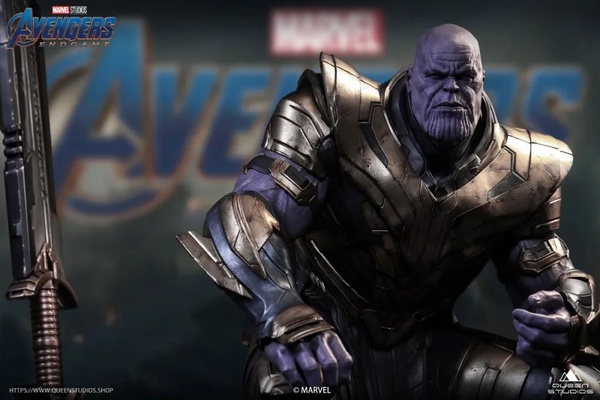 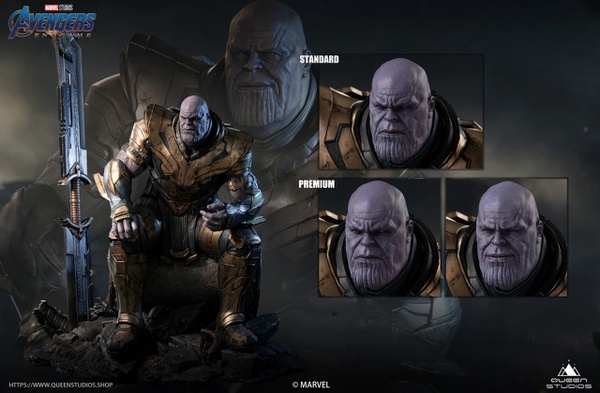 Thanos, a native of Titan, seeks to save the universe from the same fate as his home planet, by eliminating half of the population without prejudice and completely at random. Thanos, along with his legion of servants and soldiers embark on a journey to collect the Infinity Stones so he can achieve his ultimate goal in a single snap of his giant fingers. That is of course if the Avengers can’t stop him!

The Queen Studios 1/4 Thanos statue is based on the Thanos we saw in Avengers Endgame. Expertly crafted and intricately detailed, this limited edition collectible features two head sculpts inspired by the 2019 hit movie. The first head sculpt features Thanos looking deep in thought with a serious expression. While the second head sculpt features the Mad Titan with a wry smile.

This limited edition collectible Thanos statue depicts the demigod as he sits waiting for the Avengers. The whole scene is masterfully recreated sparing no detail. The Mad Titan is wearing his golden armour, with his double edge sword standing beside him, and his helmet resting on top. Both the base and body fit perfectly with the two head sculpts making this statue a must-have for the discerning collector!