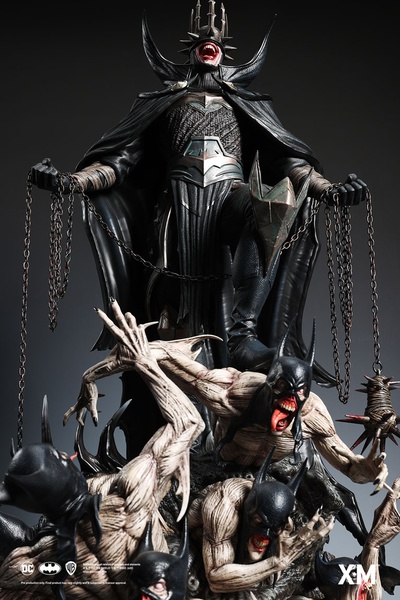 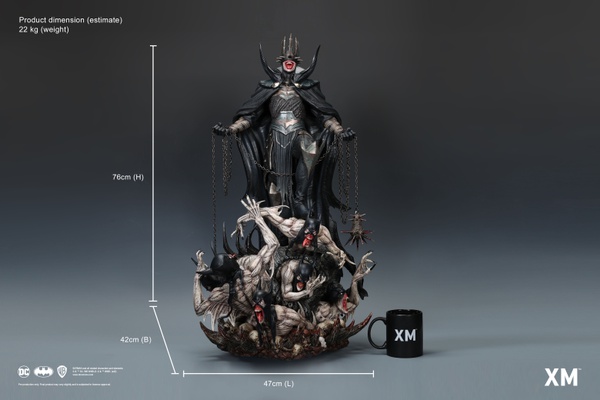 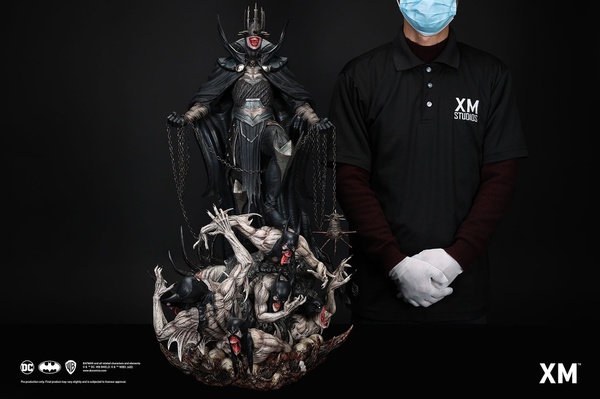 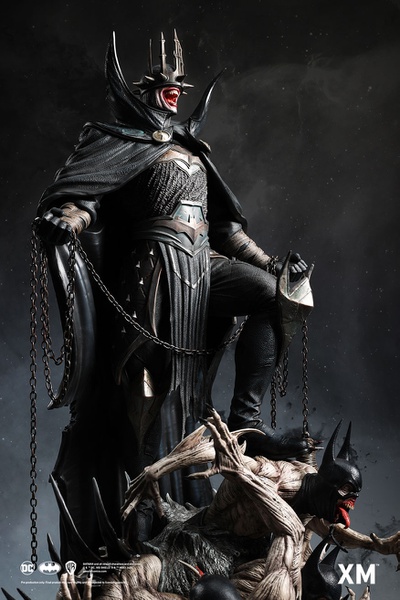 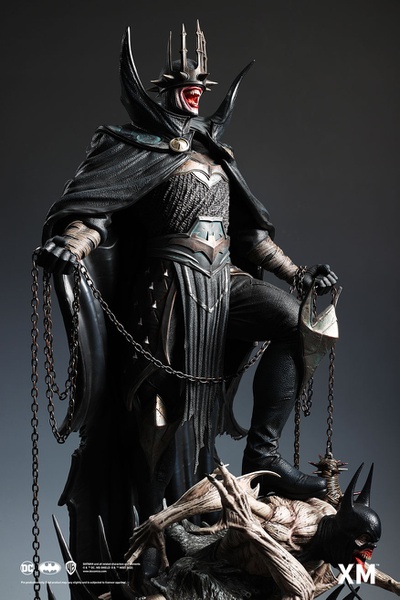 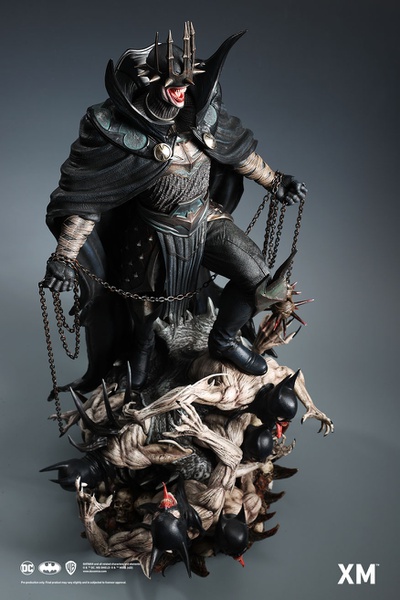 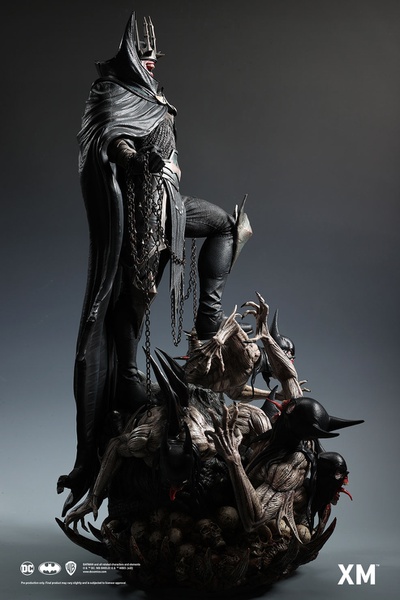 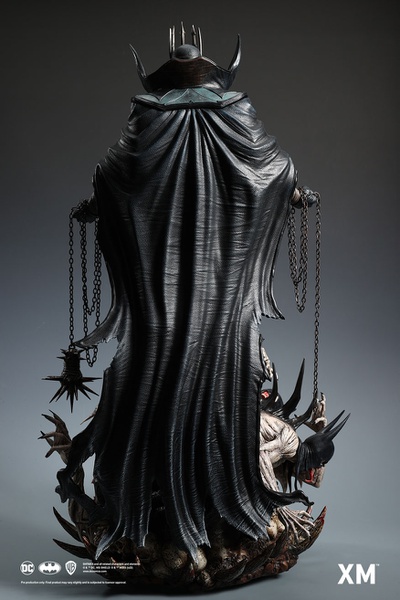 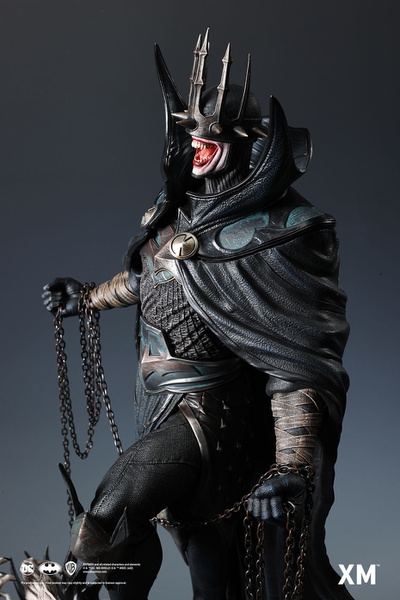 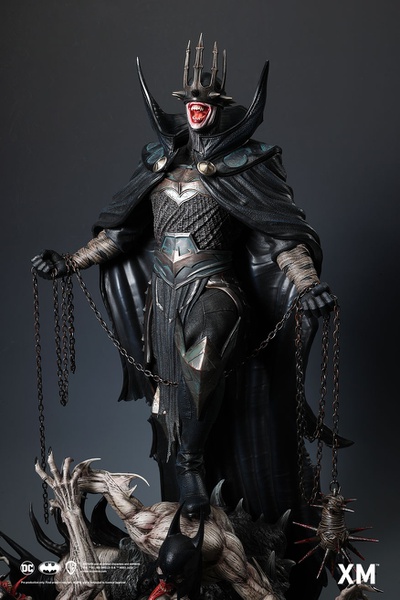 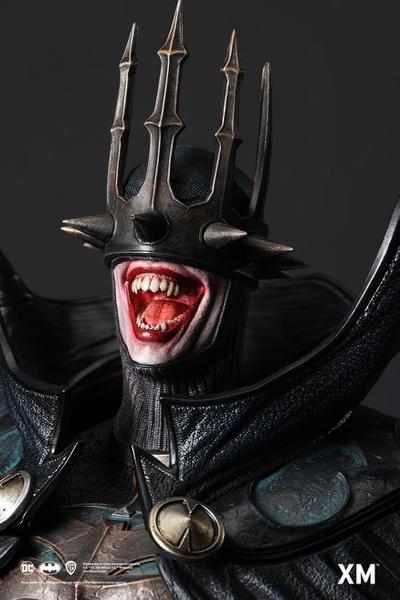 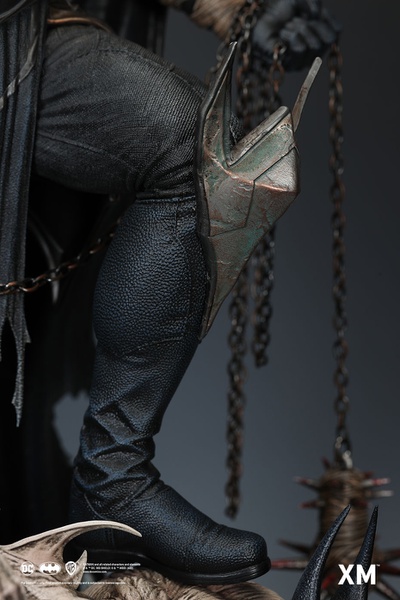 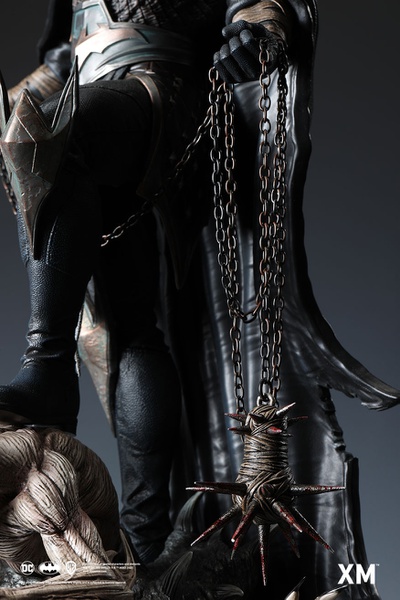 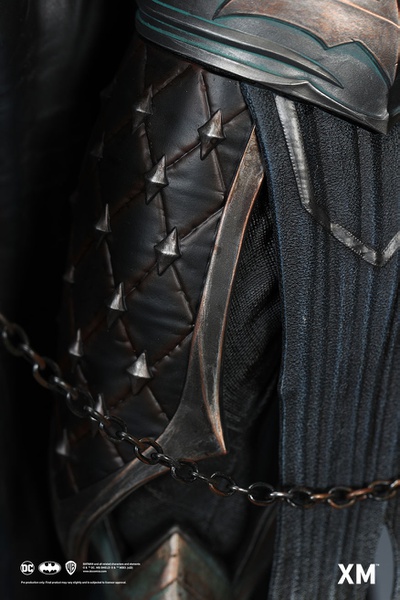 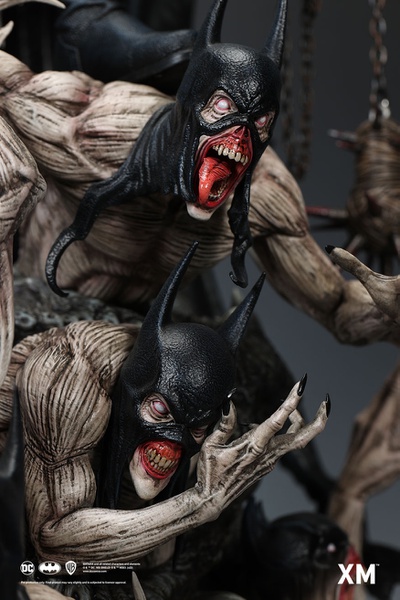 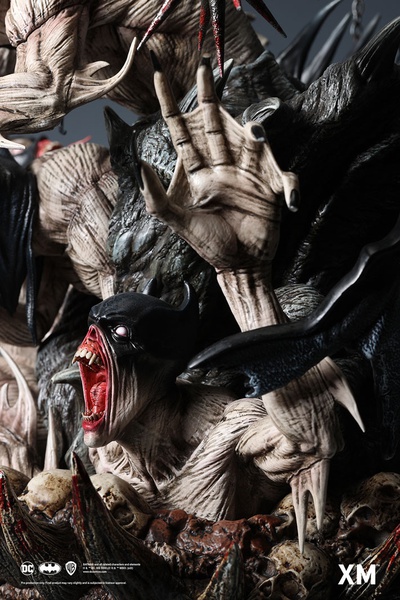 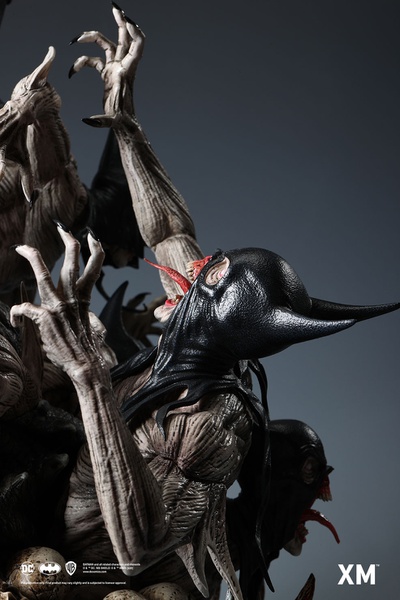 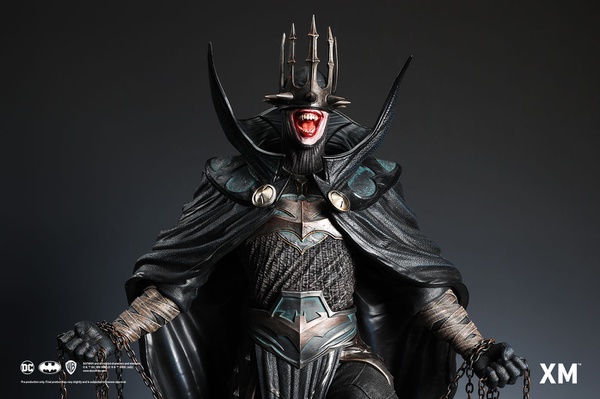 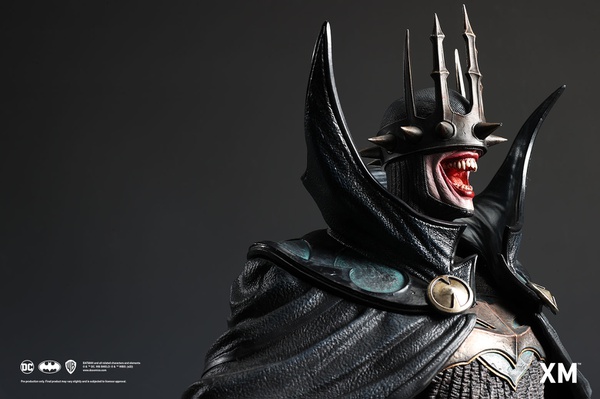 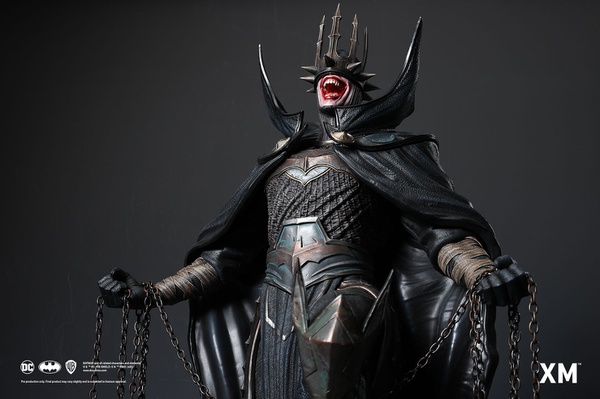 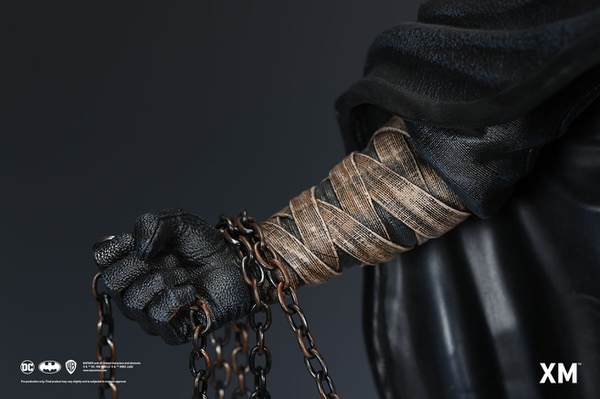 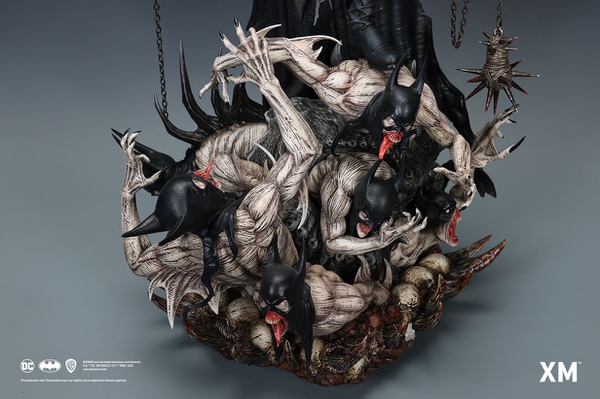 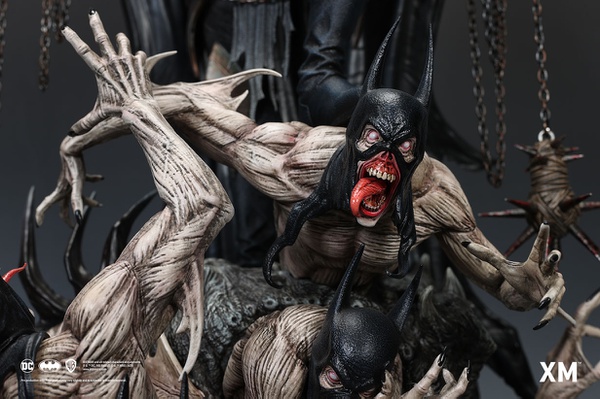 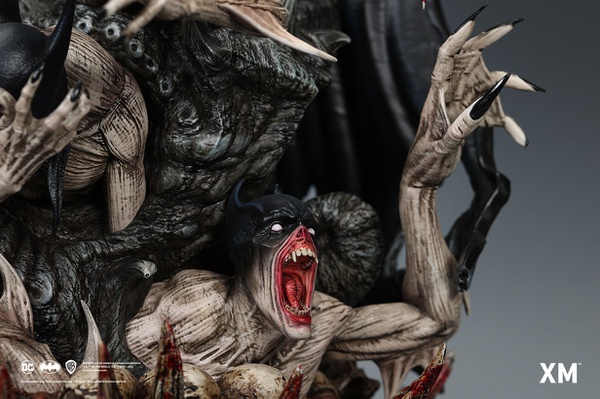 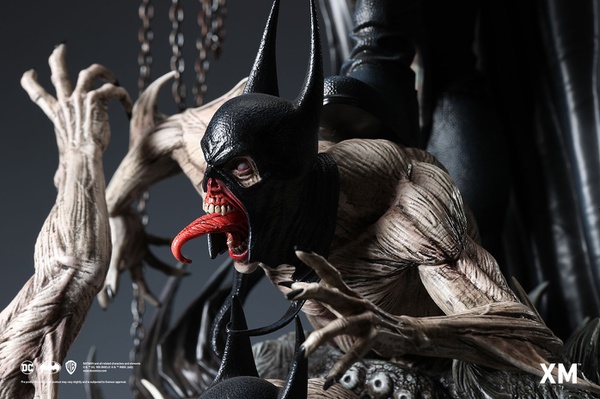 “The DC Universe has become engulfed by the Dark Multiverse, where demons dwell and reality is overrun by monstrous versions of the Dark Knight, all ruled by the Batman Who Laughs.”

XM has spared no effort to pull out all the stops for this art statue collectible. Sculpted from head-to-toe by acclaimed digital artist Jesse Sandifer and conceptualised by one of Europe’s greatest comic book artists Ricardo Federici with the XM Team, each statue is individually hand-painted, comes with XM’s famous quality finish, and is presented in a bold, dynamic, and story-laden style.

Featuring The Batman Who Laughs standing upon a mosh pit of bone and flesh, this statue is an interpretive piece that was conceptualised to be an amalgamation of power, death, and unhinged insanity. The gruesome base of this statue features his minions uncomfortably stacked above crushed skulls within the void as they jostle outwards with bloodshot but empty wide-open white eyes and sharp claw-like fingers with bat masks drawn over their heads.

The Batman Who Laughs is seen standing over them in a triumphant pose, with a deranged smile upon his face as he holds onto his weapon, a bloody chain with a spiked ball at the end wrapped around his fingers. True to the comics, his visor now extends beyond his head in a crown-like manner, while he wears patina encrusted body armour that’s draped in a large black cape.

With this glaring juxtaposition between master and minion, Ricardo Federici and the XM Team intended to depict an evil being nearly at the height of his powers as he stands over everyone else. To The Batman Who Laughs, the minions who are by his feet are no different from one another, nor are their struggles of any concern to him, for they are merely a means to an end.

Coupled with Jesse Sandifer’s clever use of texturing to interpret the concept drawing with unformed skin and muscle sinews on the minions and realistic fabric textures on The Batman Who Laughs, this interpretive piece is brought to life by XM in this 1:4 scale art statue collectible – a treat for pop culture and fine art collectors alike.