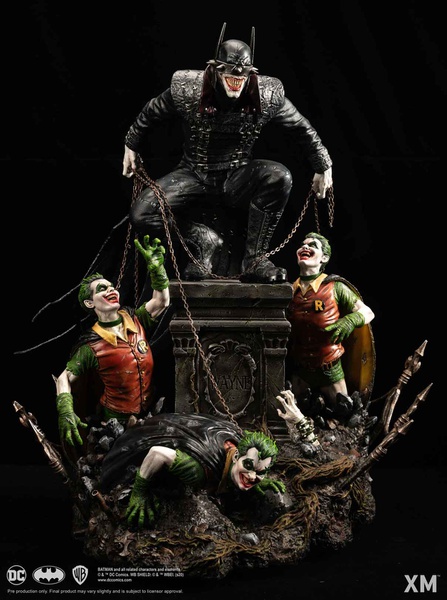 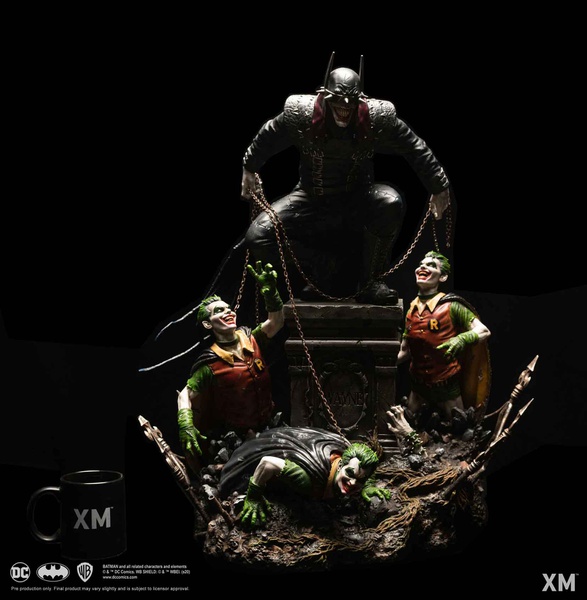 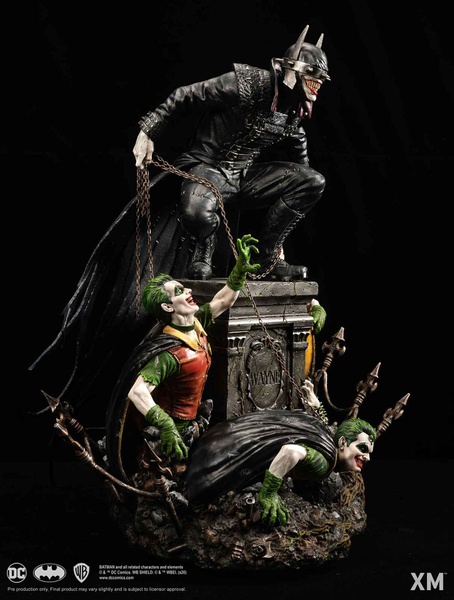 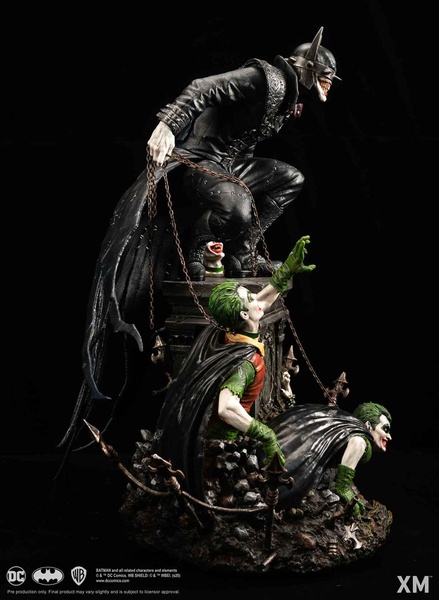 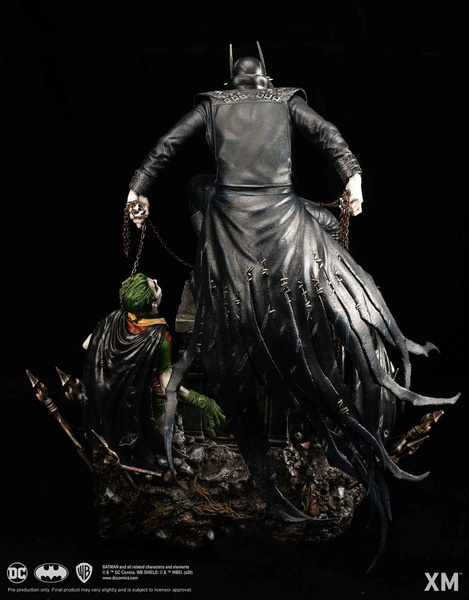 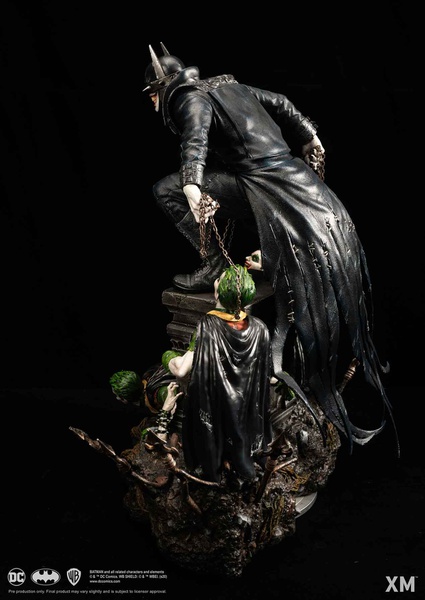 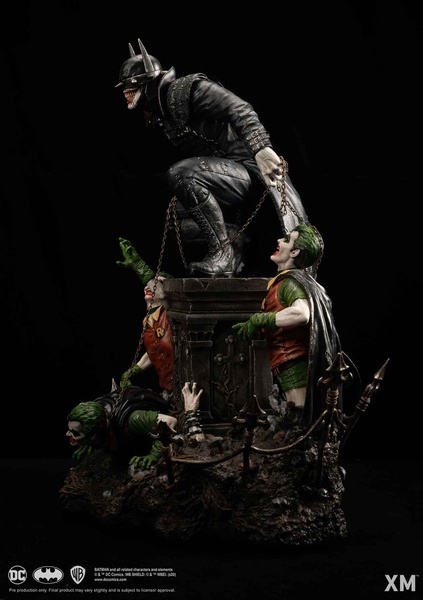 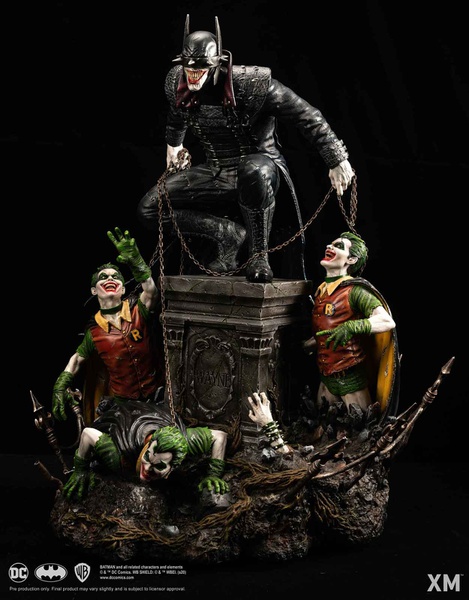 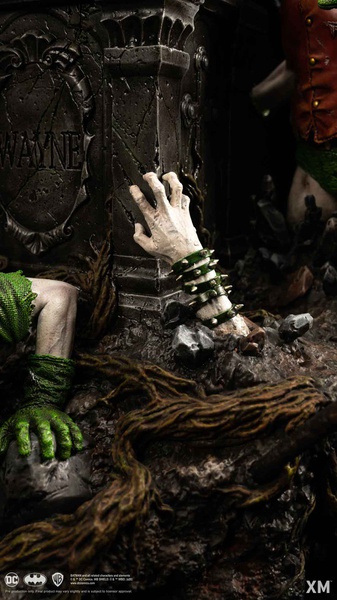 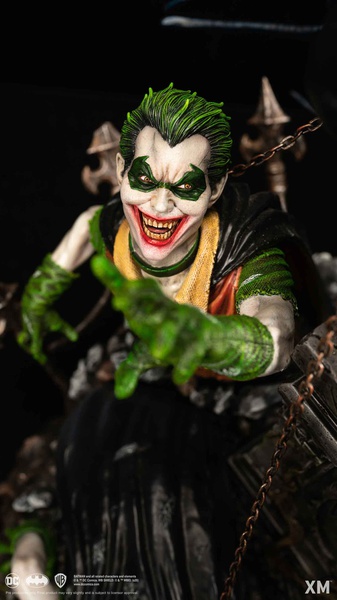 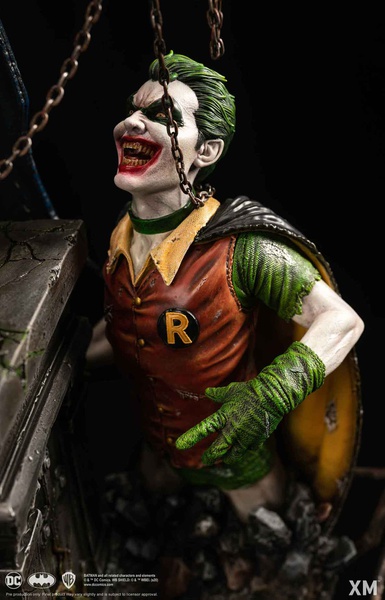 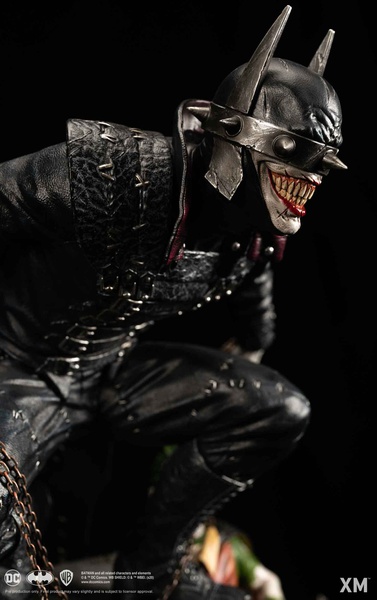 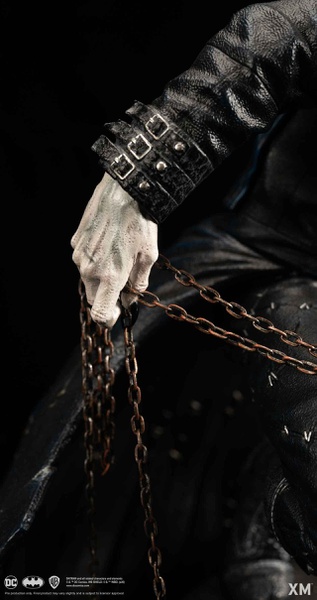 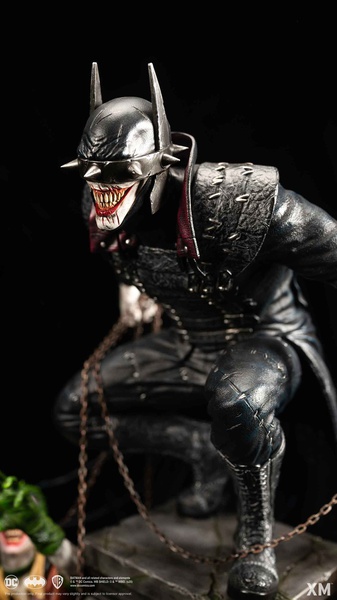 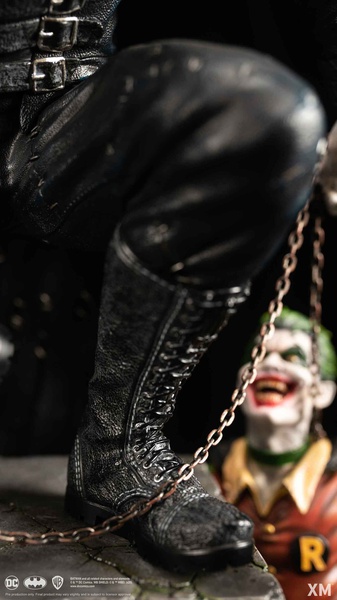 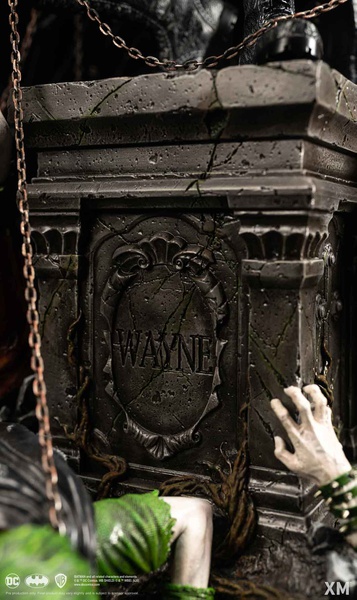 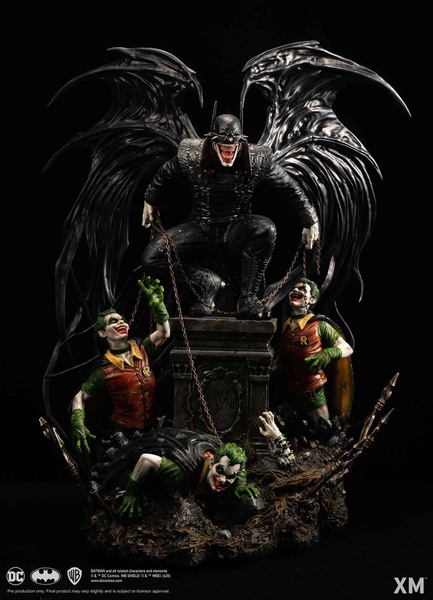 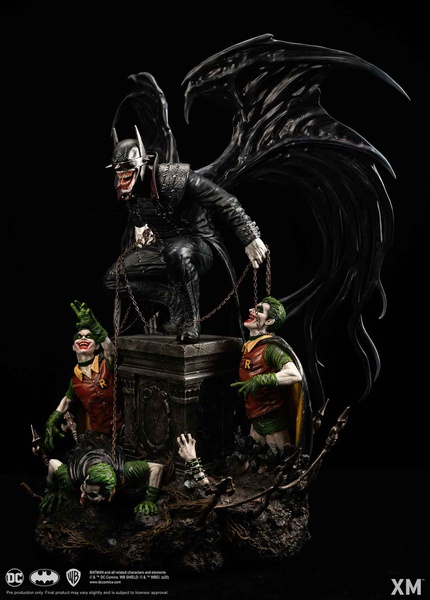 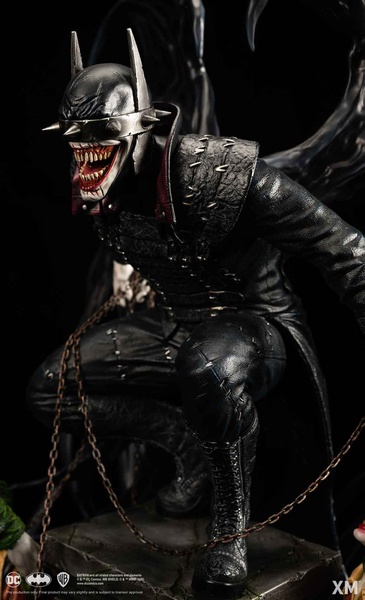 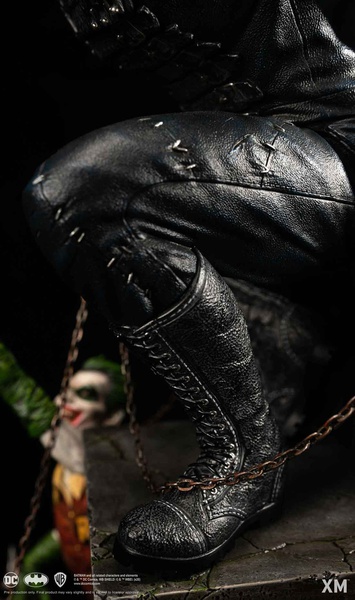 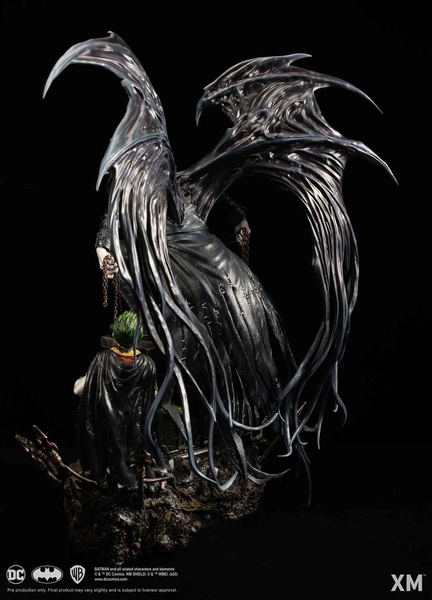 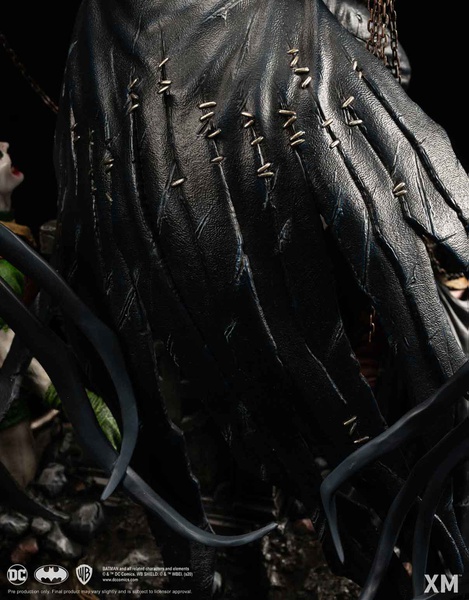 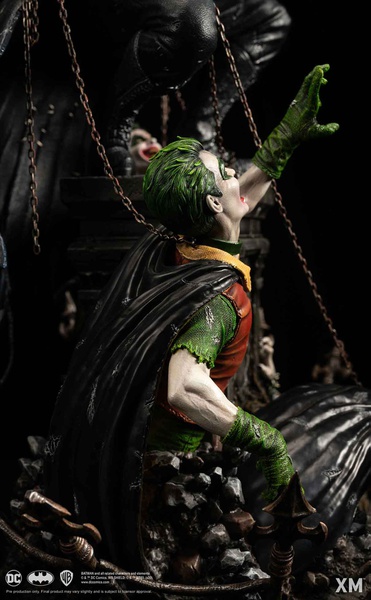 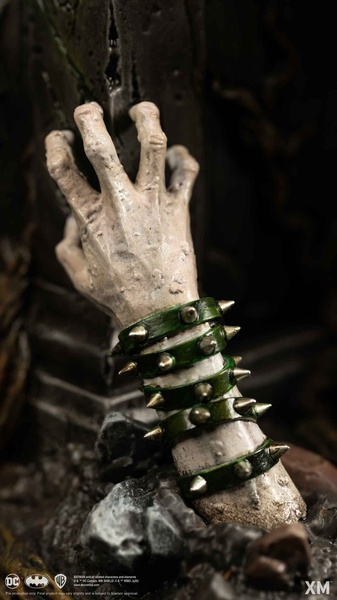 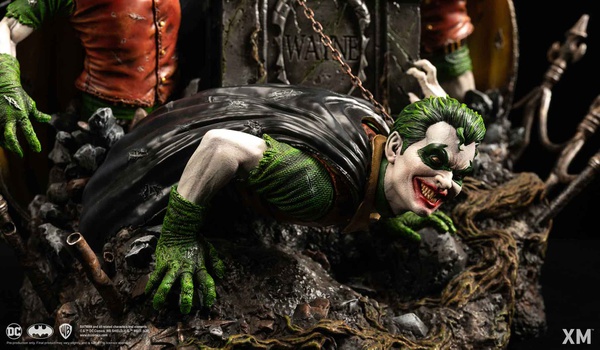 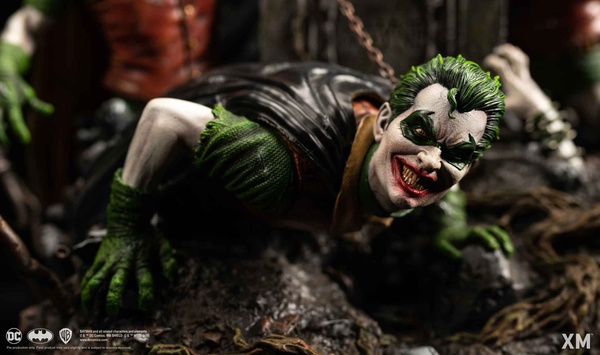 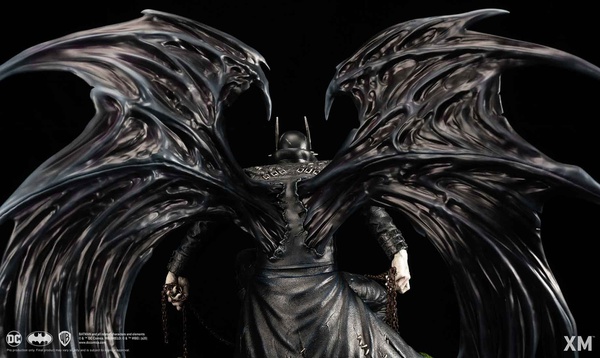 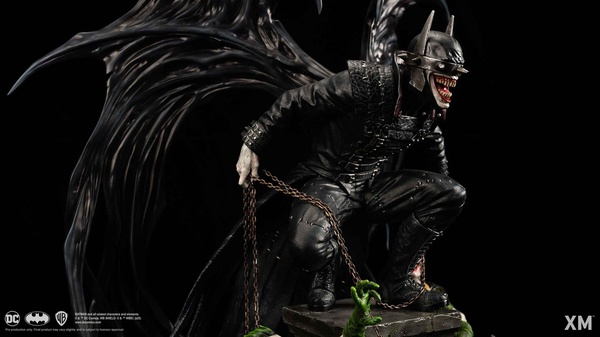 The Batman Who Laughs PRE ORDER

Hailing from the Dark Multiverse, The Batman Who Laughs is the evil counterpart of The Dark Knight, a Joker-ized version of Batman who killed The Clown Prince of Crime in his multiverse. A deadly combination of Bruce Wayne’s tactical intellect and The Joker’s amorality and thirst for
chaos, The Batman Who Laughs is Batman’s worst nightmare, a version of himself who has abandoned his moral code and ethics, unrestrained in his madness.

In this 1:4 statue, The Batman Who Laughs crouches atop the tomb of Wayne, a metaphorical representation of the Bruce Wayne that once was, the death of his past self, the rules that once bound him, now unshackled. Within his chains, he leashes his three Rabid Robins, eager to devour and feast with a simple command. Take a closer look at the base and you will see a hand emerging from the grave, its wrists adorned with spiked bracelets. Dark Robin is also never far away...