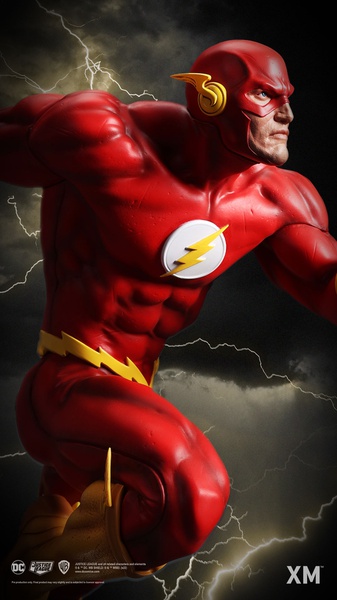 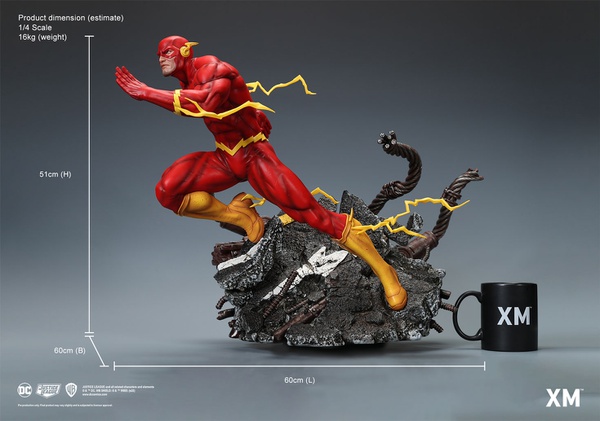 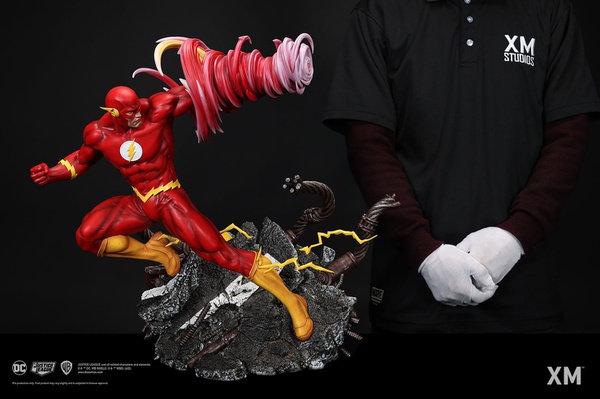 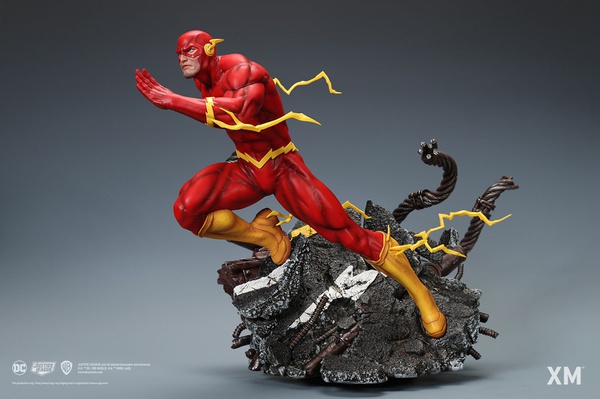 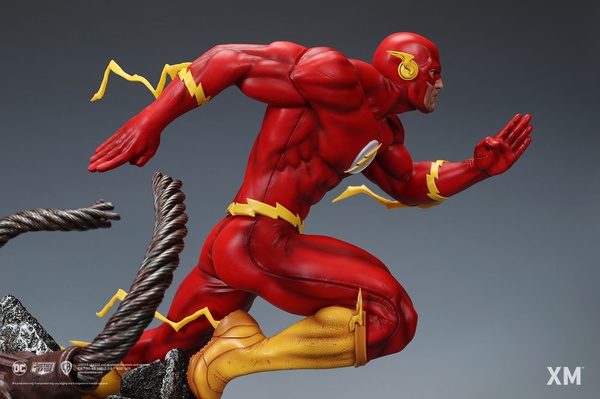 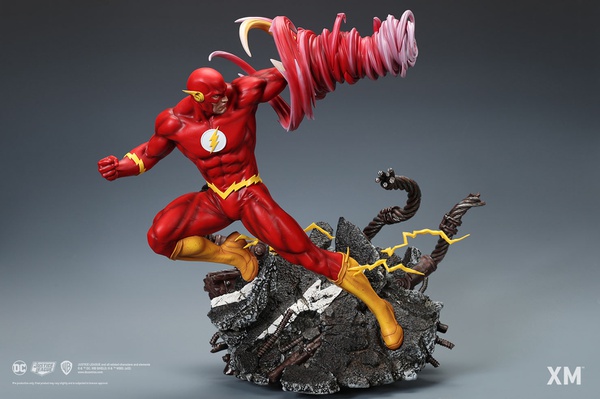 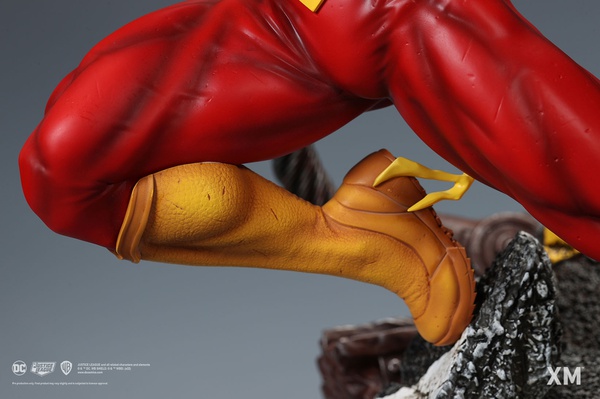 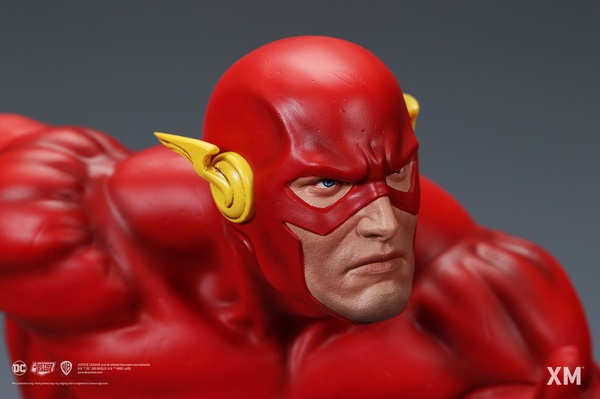 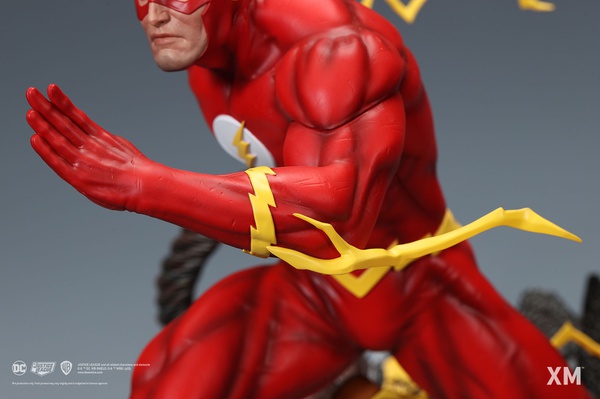 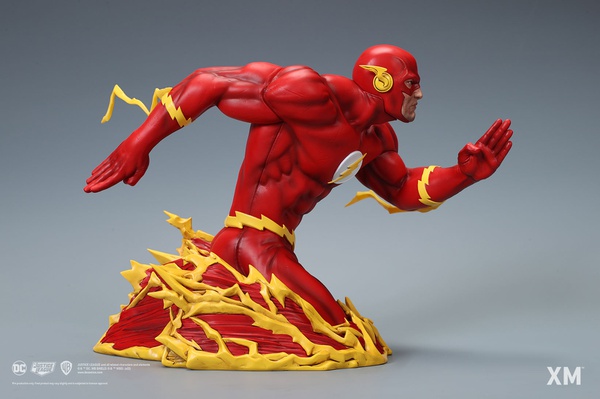 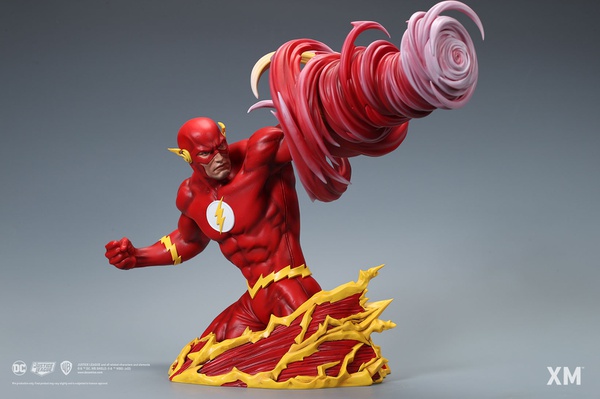 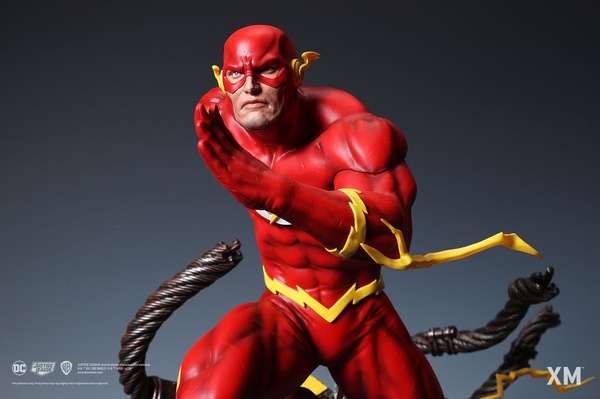 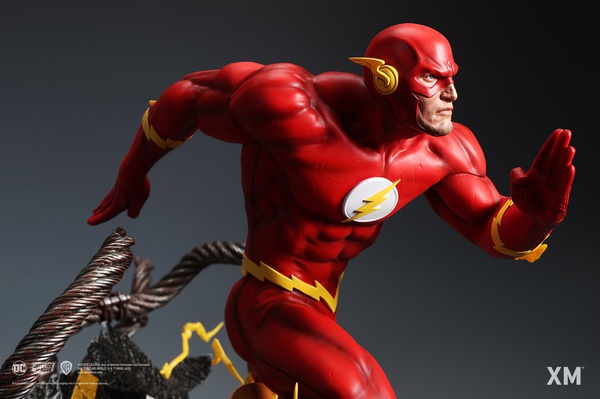 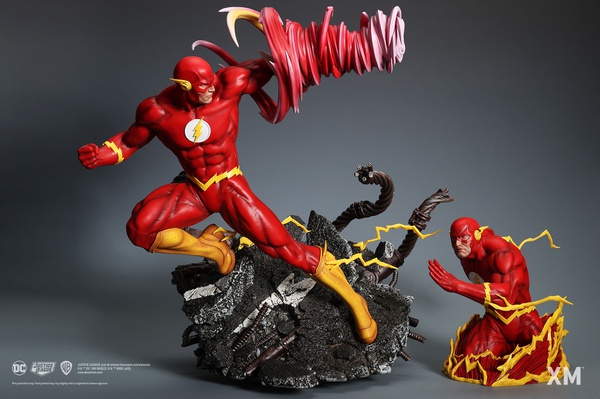 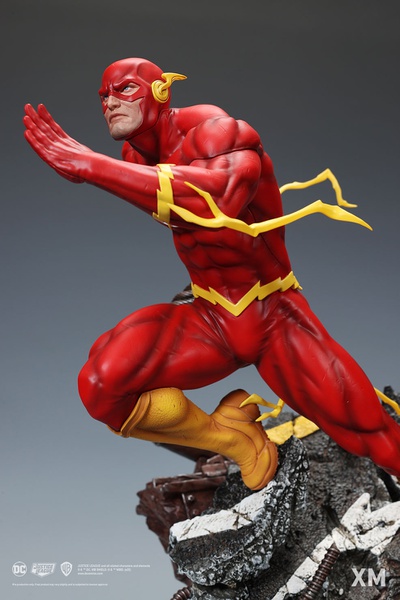 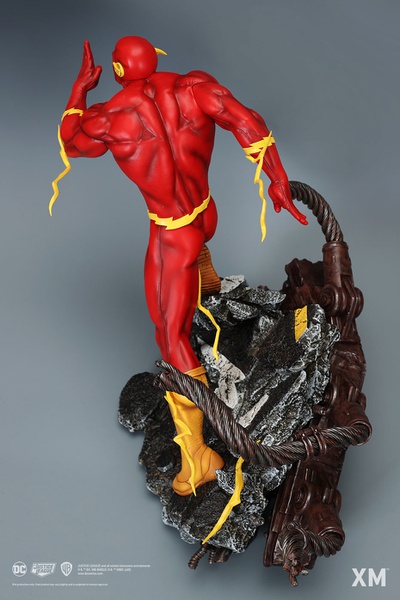 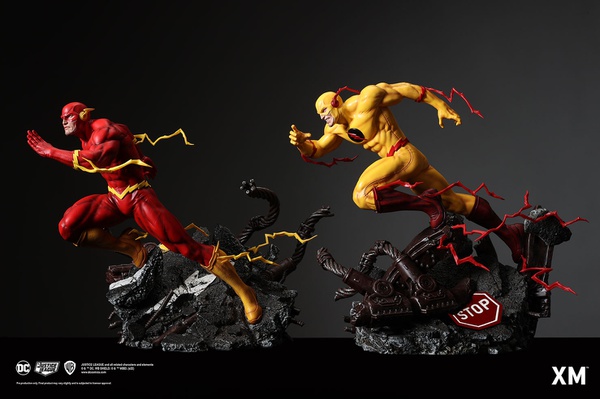 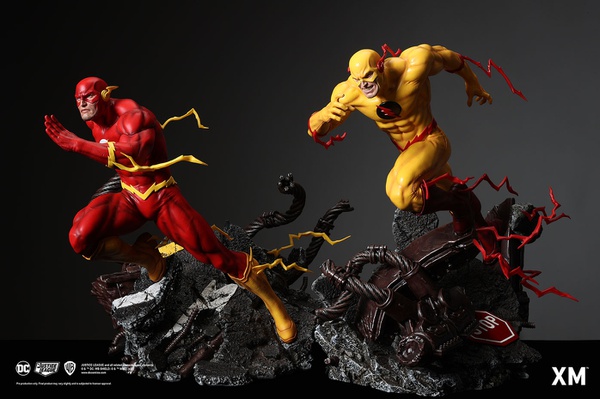 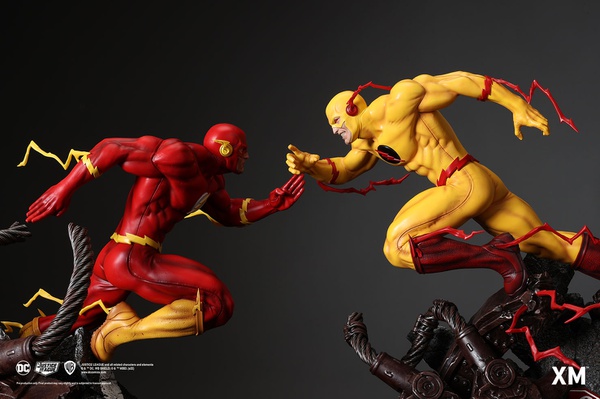 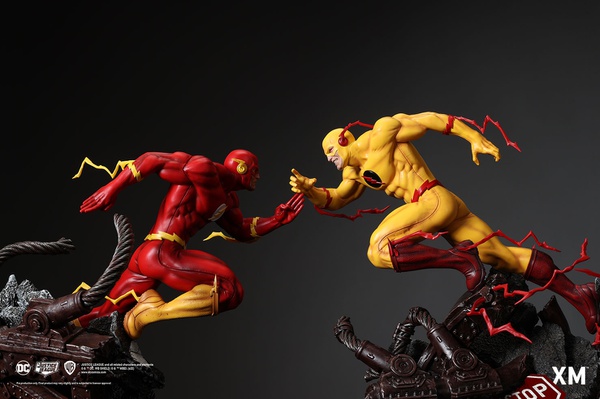 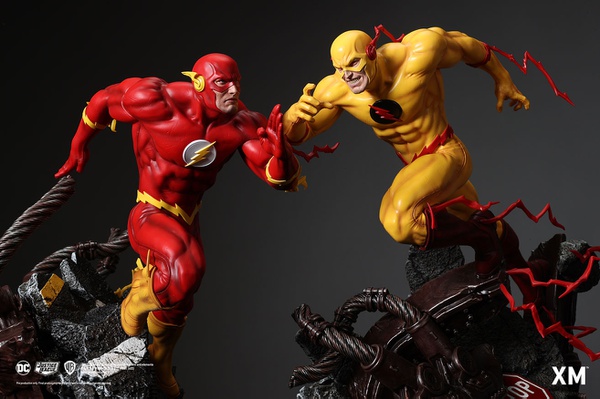 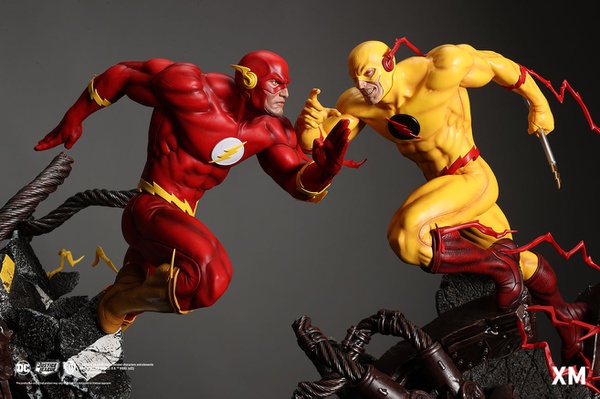 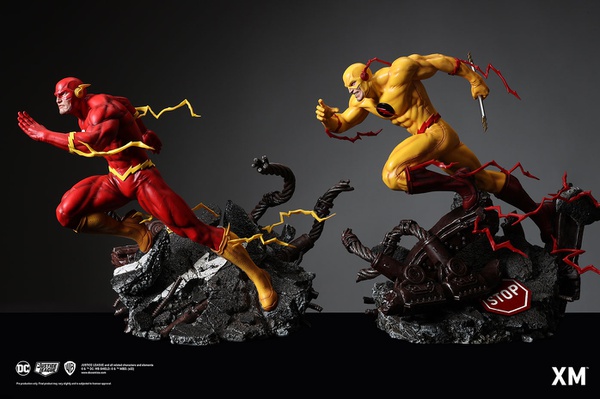 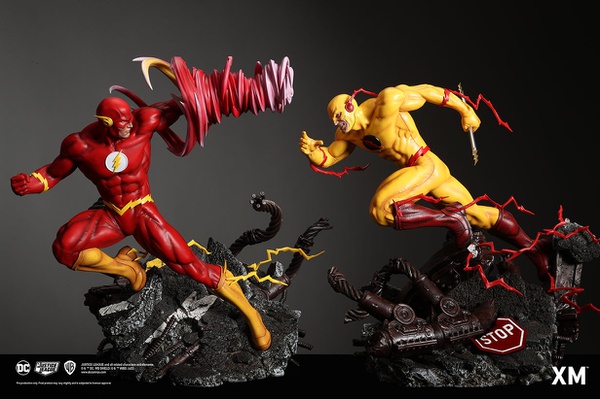 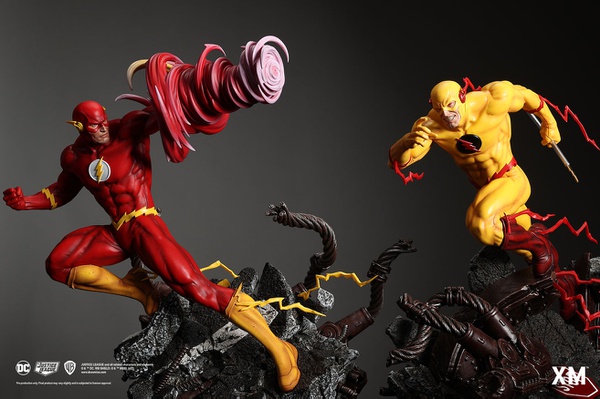 “The Flash has mastery over not just speed, but time itself, and he has often used his powers to travel through different eras and even into other dimensions. Although the Flash has not always been fast enough to outrun personal tragedy when it has come for him, he always does his best to prevent the same from happening to the people of Central City and Keystone City.”

XM Studios is excited to present our next DC Comics Premium Collectibles statue, the Flash! XM will be making this statue available in both 1:4 and 1:6 scales. Each painstakingly handcrafted statue is individually hand-painted with the famous XM quality finish and comes in a bold, dynamic, and story-laden style.

“The mysterious power known as the Speed Force is an energy field that has, over the centuries, granted incredible powers of velocity to certain heroes. The most famous of these is the Flash, also known as the Fastest Man Alive. For every action, there's an equal and opposite reaction. And with every step the Flash takes toward the future, someone from the future is racing backwards through time to stop him—the villainous speedster known as the Reverse-Flash.”

The XM team wanted to create a scene in which the scarlet speedster is being chased by Reverse Flash in a battle of wit, wills, and speed. As such, this statue can be displayed either as a standalone piece with a destroyed and mangled highway bridge serving as the base of the statue or as part of a pair together with Reverse Flash. It comes with upper body switch-outs that allow collectors the option to display the Flash in a classic running pose or if they so wish, in a more reactive pose in which he is seen twirling his left hand at super speed at Reverse Flash, all while sporting a determined look upon his face. Collectors will also be able to display the alternative upper body switch out as a torso pedestal.