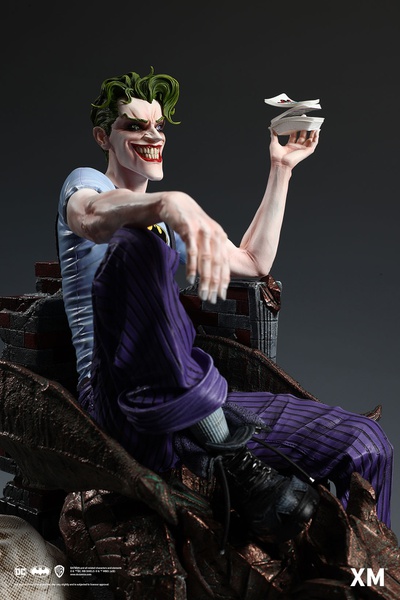 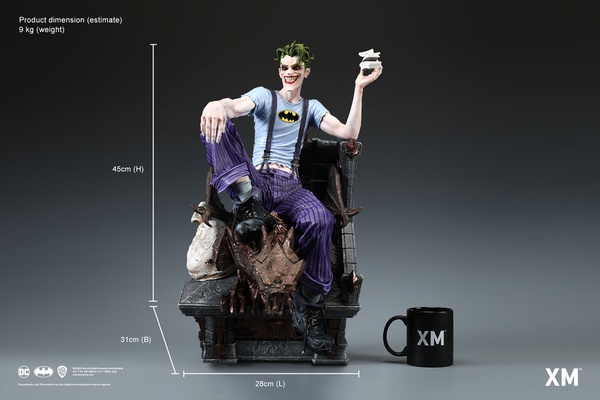 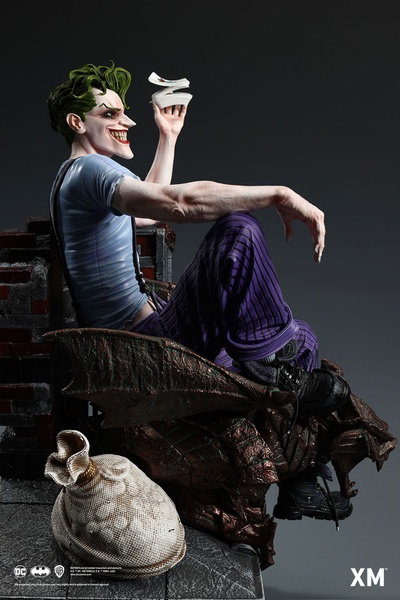 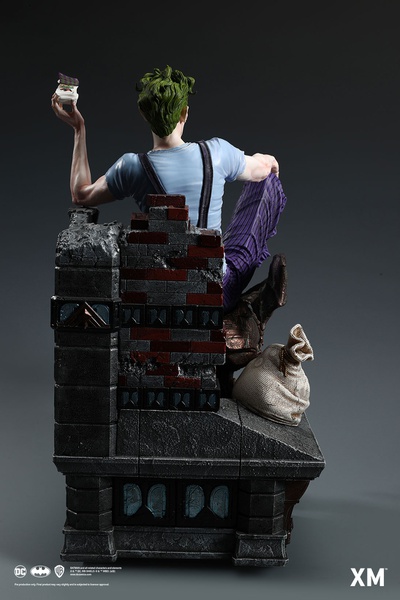 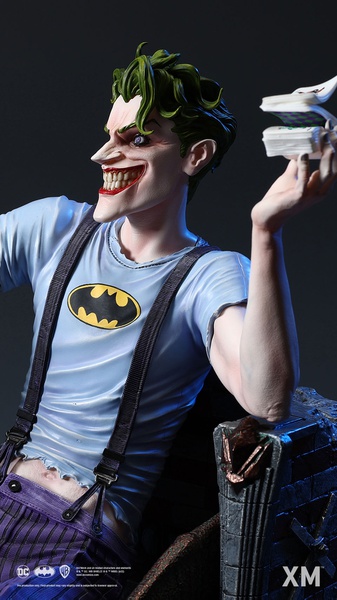 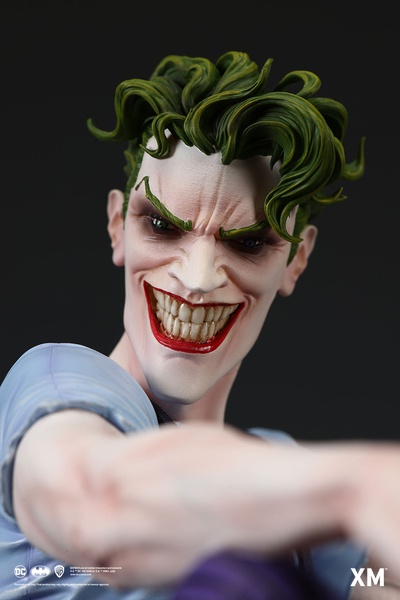 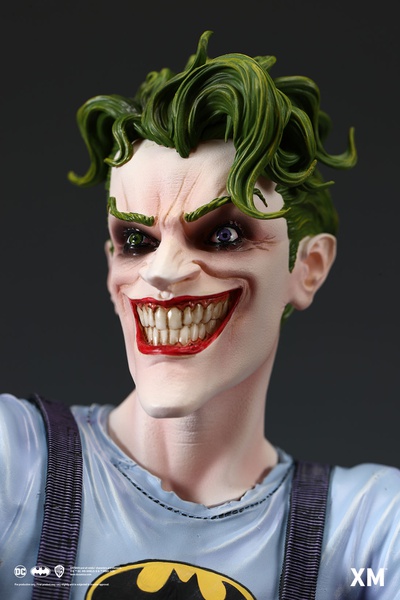 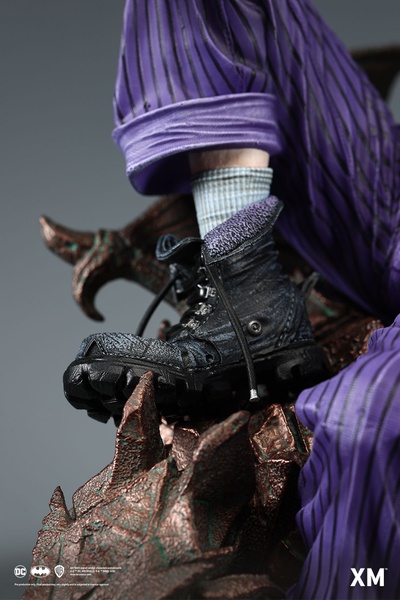 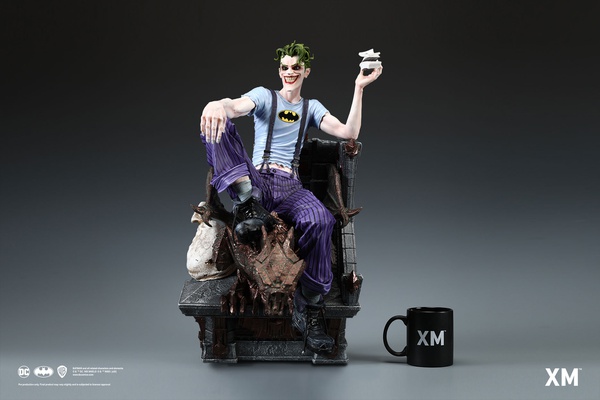 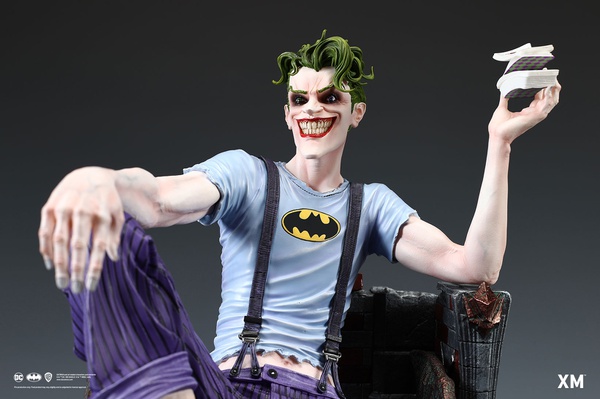 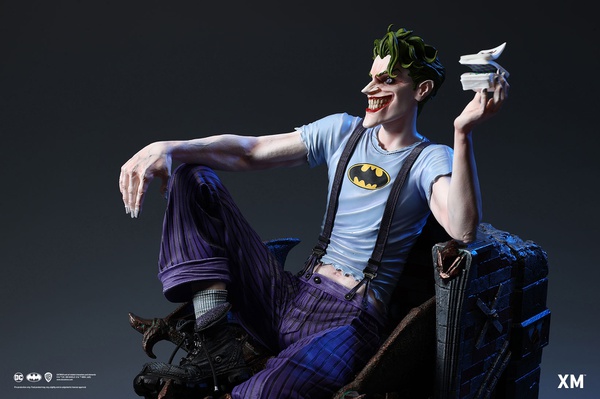 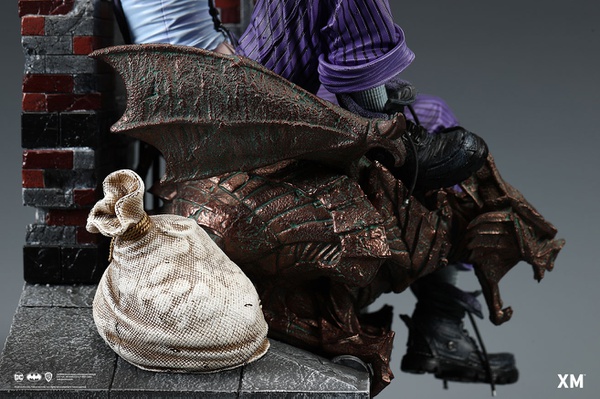 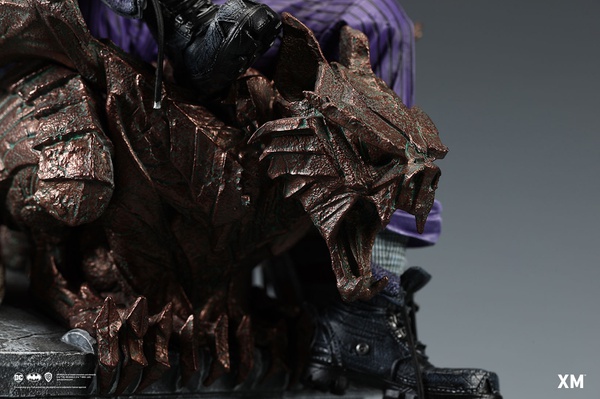 “After years of epic battles, the Dark Knight finally finds a way to cure the twisted mind of his archenemy…” Read more here

For this statue, we worked directly with Batman: White Knight comics’ original writer and artist, Sean Murphy to capture details reflective of his art style in the comics that fans of the series would appreciate.

The XM team wanted to retain the Joker's persona and characteristics in this particular scene which shows him seated on the roof, in a relaxed pose, feeling happy after another successful robbery— an interpretation of Sean Murphy’s iconic comic cover in Batman: Curse Of The White Knight #8.

This piece pairs perfectly well with XM’s Batman: White Knight (Batcycle Edition) statue, with Art Deco-style architecture making up the base of the statue. The Joker is himself seen sitting atop a weathered copper gargoyle covered in green patina, wearing a pair of leather boots. He is seen sporting a new set of clothes, wearing purple pin-stripe pant legs with realistic fabric-like folds and suspenders while draped in a tattered light blue t-shirt with the batman logo centred across his chest.

The statue comes with 2 arm switch-outs, one featuring a deck of cards on his left hand and another holding on to a revolver with a long barrel. It also comes with 2 head switch-outs, each featuring Joker’s differently coloured eyes. The first head switch out has him with an over-the-shoulder pose and bunched-up eyebrows, taken directly from Sean Murphy’s comic cover. The other head switch out has him looking straight ahead with a maniacal facial expression and a large toothy grin.