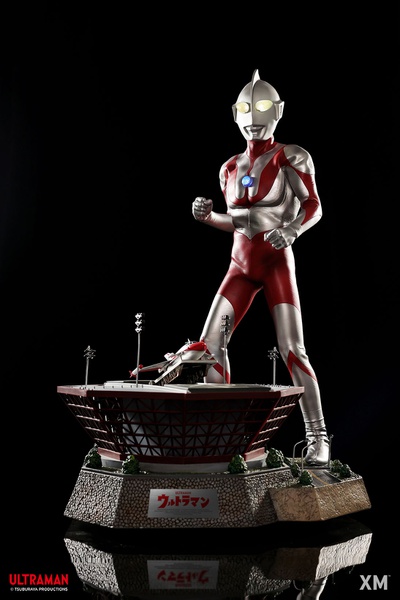 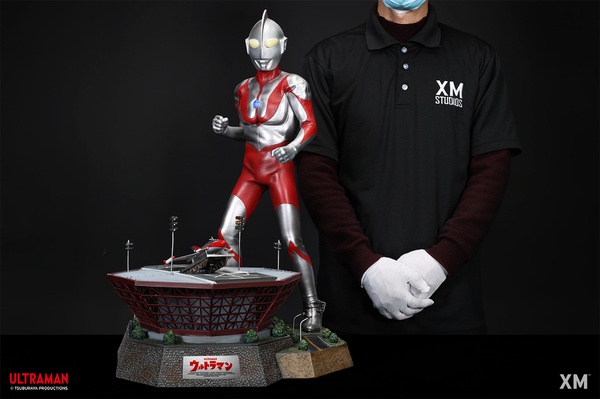 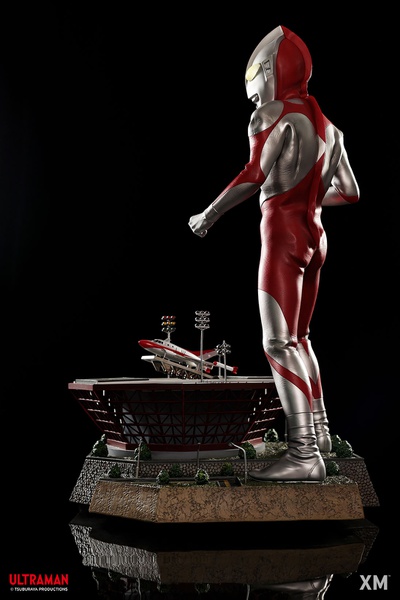 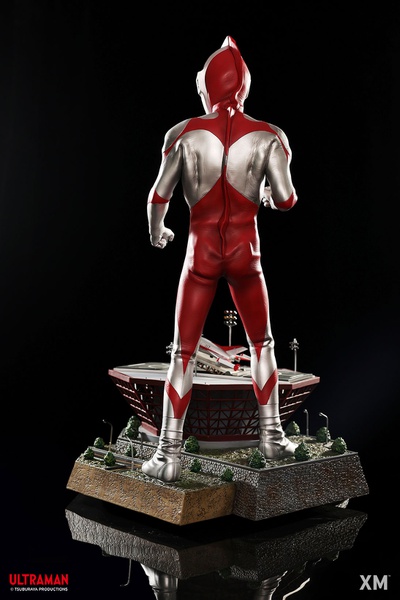 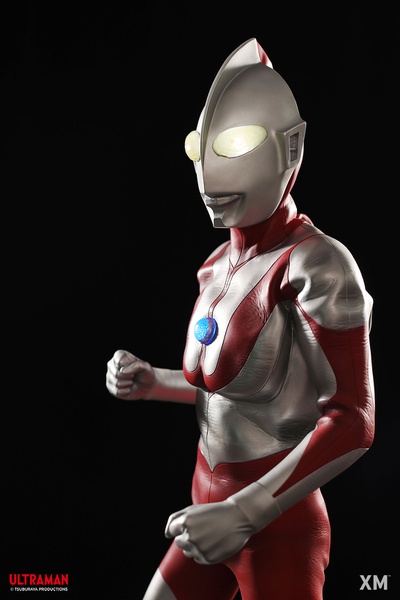 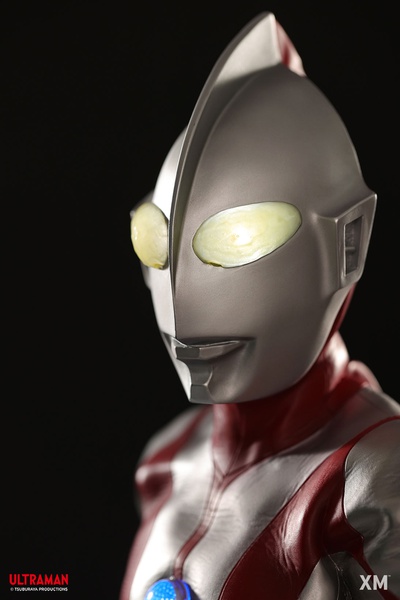 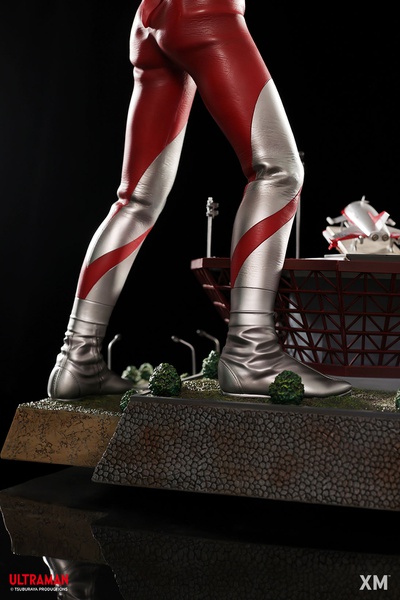 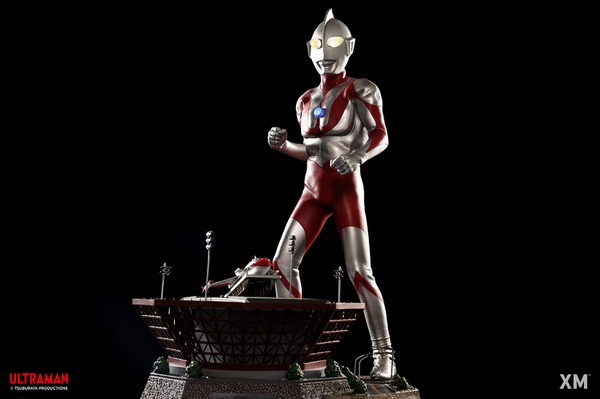 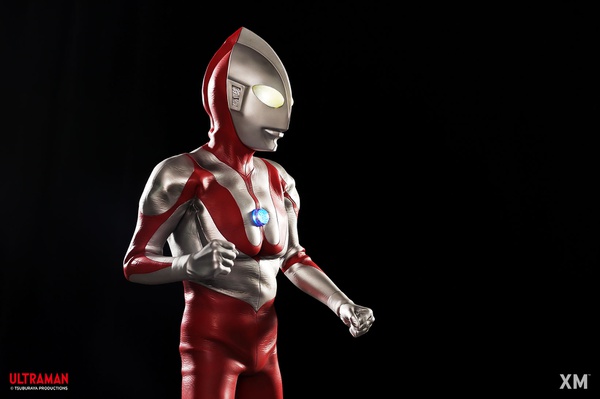 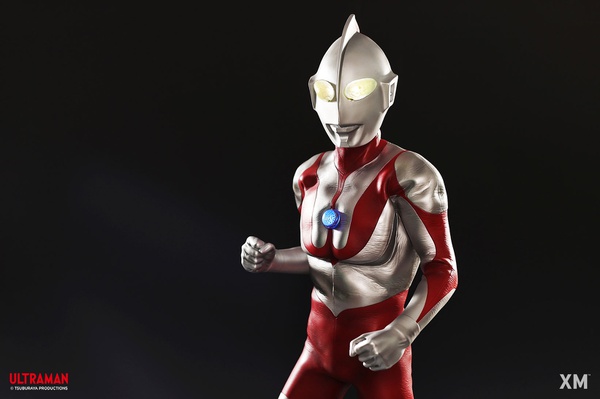 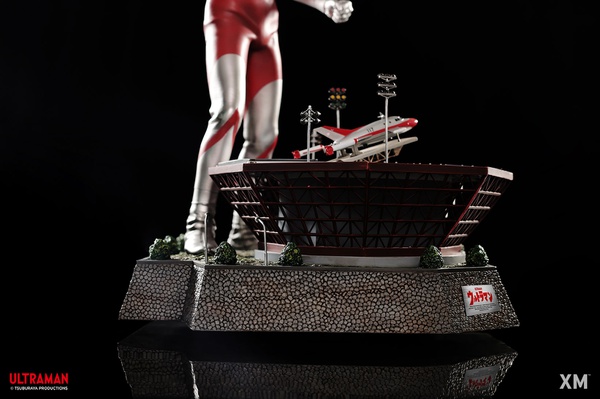 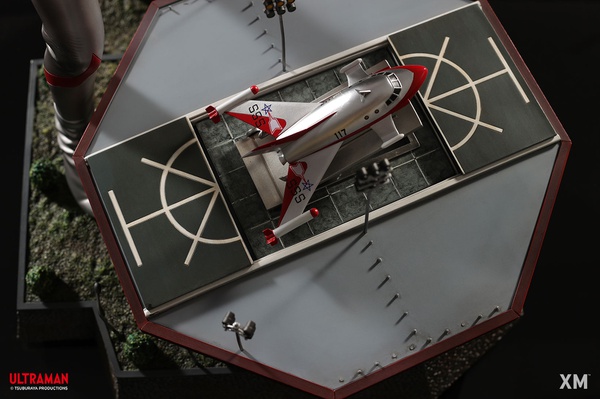 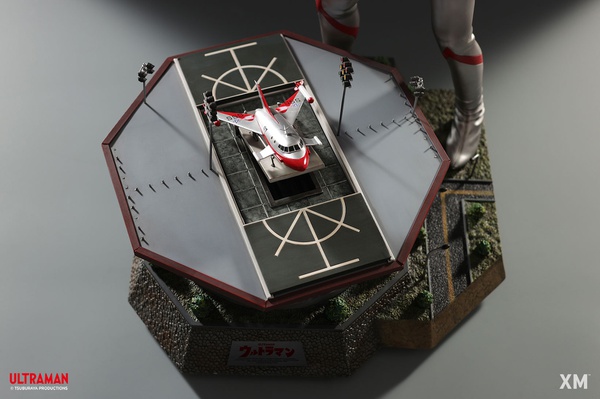 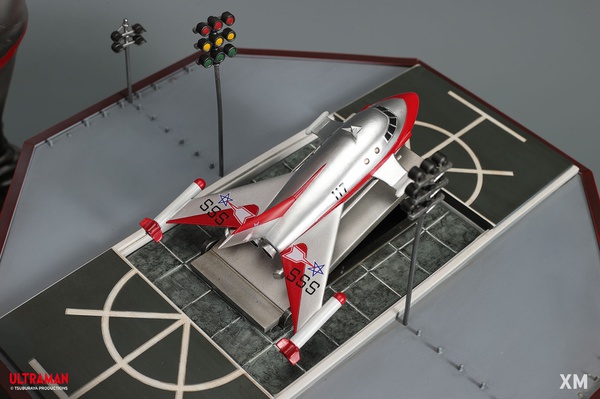 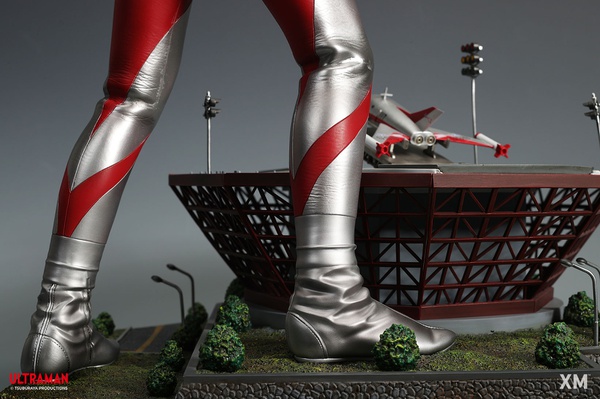 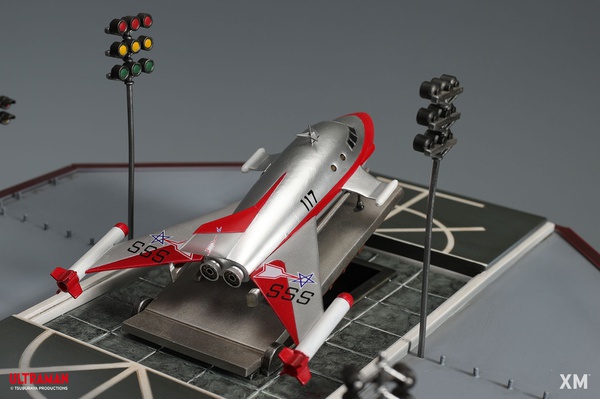 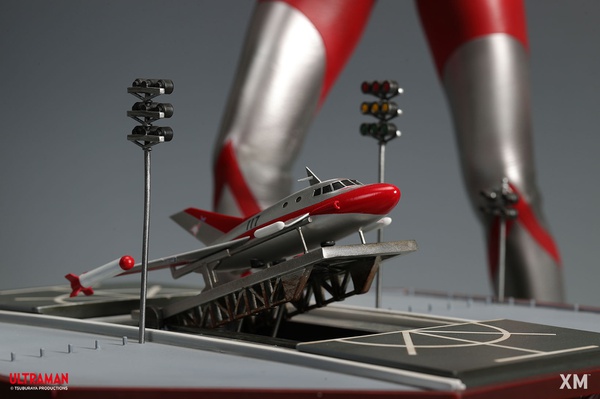 This design has been conceptualized and interpreted by XM Studios, together with acclaimed sculptor Yoshiki Fujimoto, who is the 3D artist for this first XM release. Each painstakingly handcrafted statue is individually hand-painted with the famous XM quality finish and comes in a bold, dynamic, and story-laden style.

Ultraman is seen here taking up a unique defensive pose in a bid to protect the Science Special Search Party (SSSP) base against Zetton— recognized as one of the most popular figures in the Ultraman Series as it is the first Kaiju to defeat Ultraman.

XM's interpretation of Ultraman (Type C) pays homage and stays true to the man-in-suit aesthetics seen in the original run of episodes in 1966. At that time, the suit was made of latex, resulting in visible suit creases over the shoulder, elbow, knee joints and boots. Special care has been taken by Yoshiki Fujimoto and the XM Art Team to reproduce these creases during the sculpting process. Three types of suits existed during the production: the A-Type (from episode 1 to episode 13), B Type (from episode 14 to episode 29), and Type C (episode 30 until the end of the series). XM has opted to produce the Type C suit for this release.

The Ultraman (Type C) 60-cm statue also features sequential lighting for the eyes and chest. The base also features the Jet VTOL, an aircraft that members of the SSSP would pilot against Kaiju and other threats, with Ultraman standing guard over it.

Ultraman is an alien of justice who came to Earth as an Inter-Galactic Defense Force member from Nebula M78 Land of Light. After crashing with Science Special Search Party (SSSP) member Shin Hayata, Ultraman merged his life with Hayata’s and decided to stay and fight for the peace of the Earth.

Alien Zetton invades the earth wreaking havoc and causing destruction. Hayata transforms into Ultraman for one last time as he defends the SSSP base. Taking up a defensive pose, this scene pays homage to the final moments before Ultraman is overwhelmed by the Space Dinosaur Zetton with its ability to teleport and produce electromagnetic barriers immune to Ultraman’s Ultra Slash. In the end, it defeats Ultraman by reflecting Ultraman’s signature move, the “Spacium Beam”.

Nevertheless, right after the defeat of Ultraman, SSSP member Arashi shot a prototype pencil bomb created by Professor Iwamoto to Zetton and defeated it.