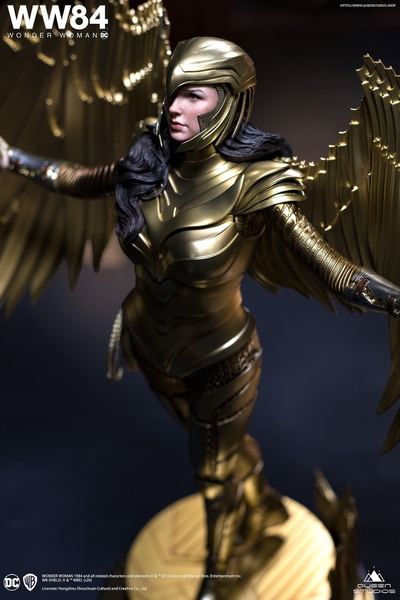 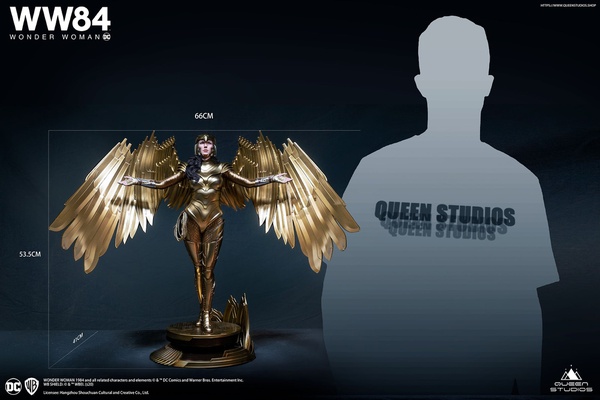 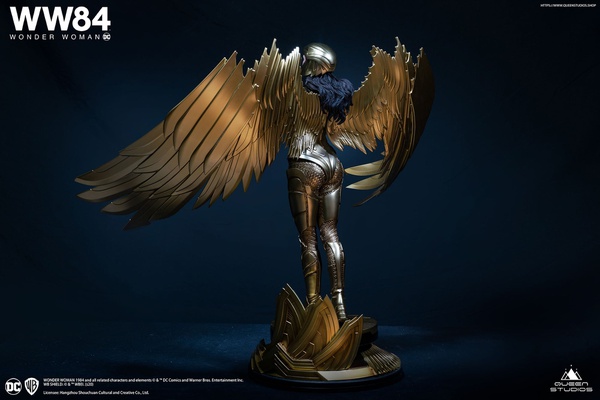 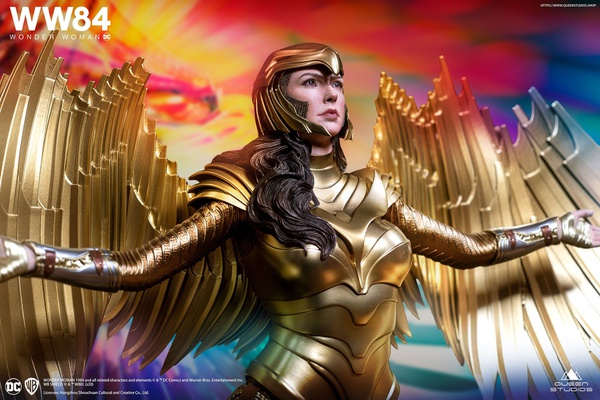 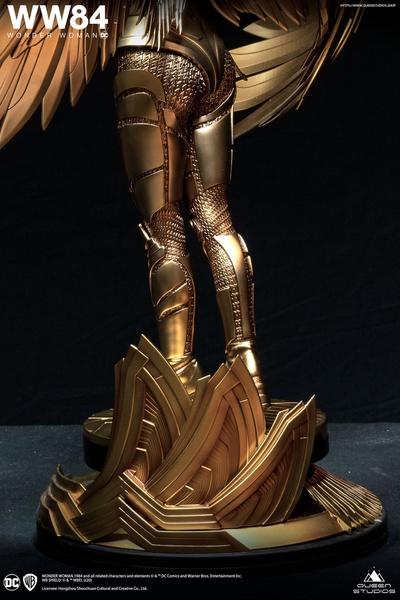 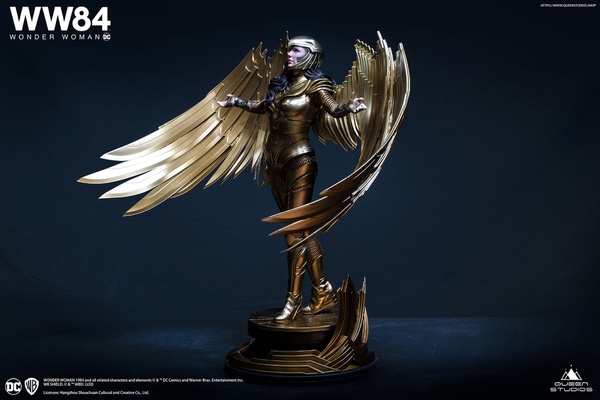 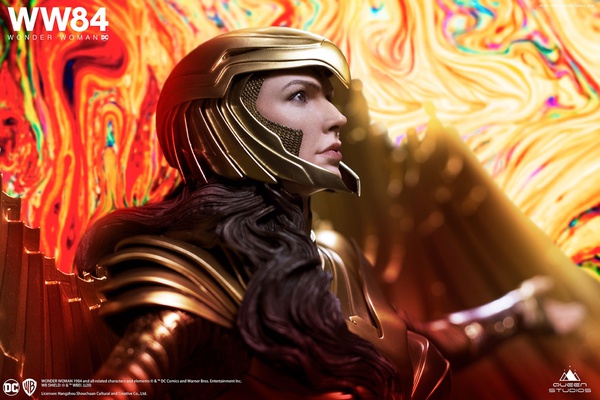 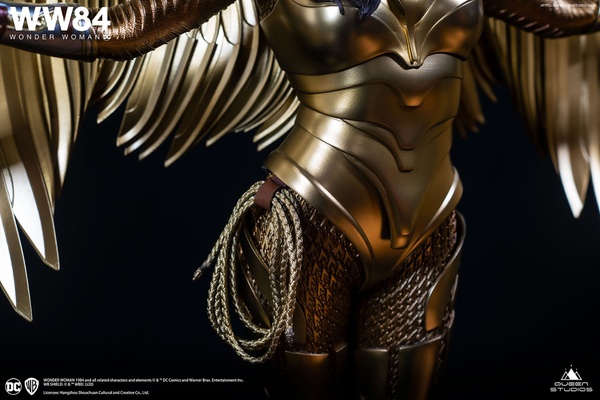 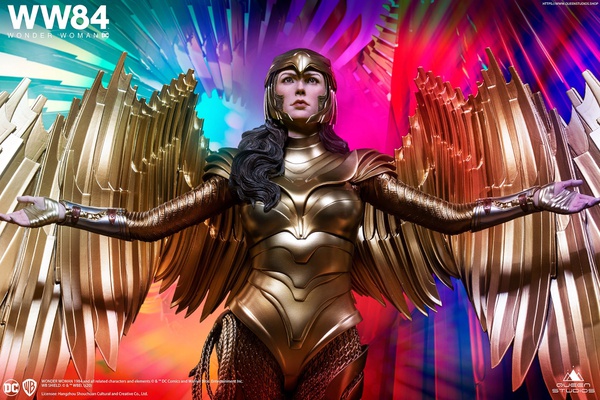 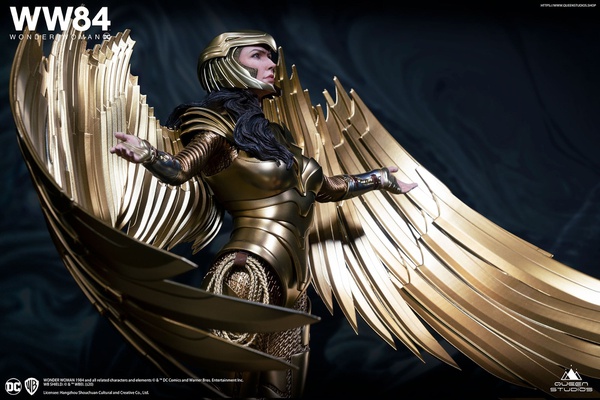 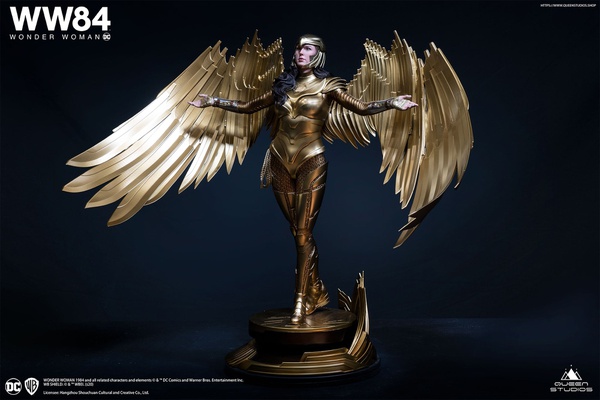 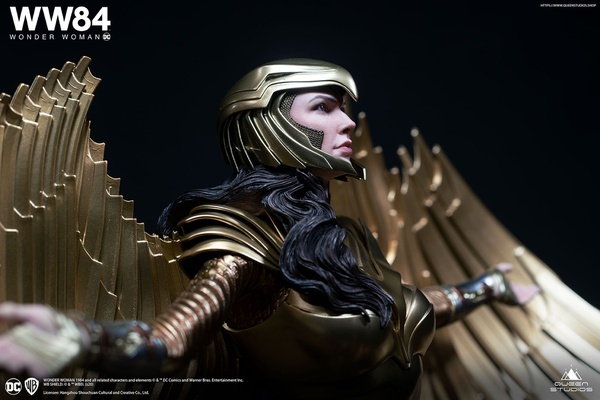 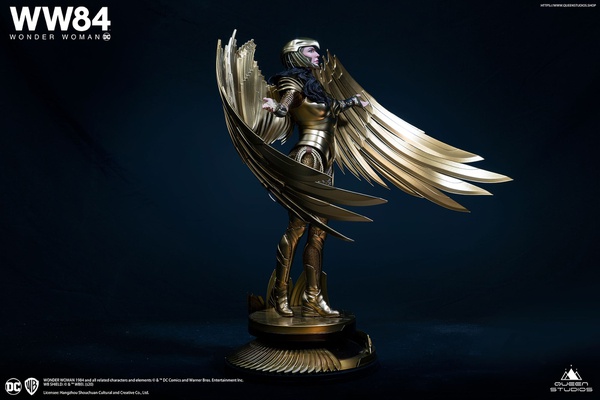 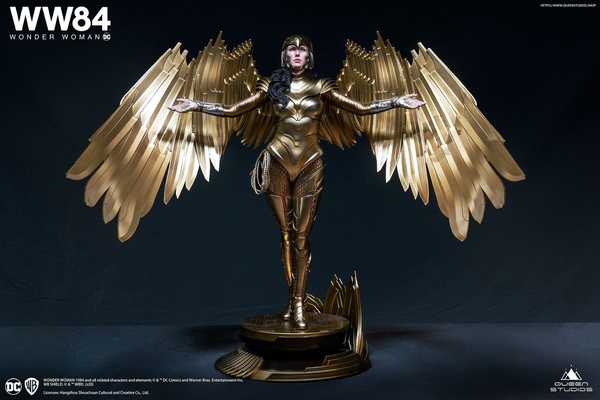 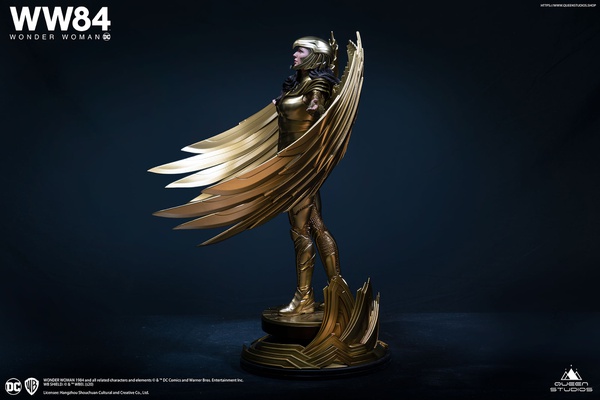 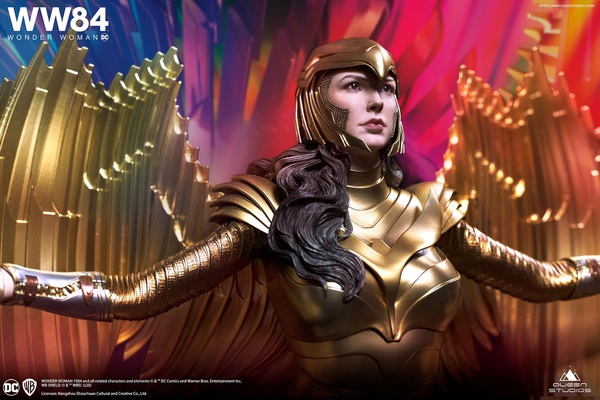 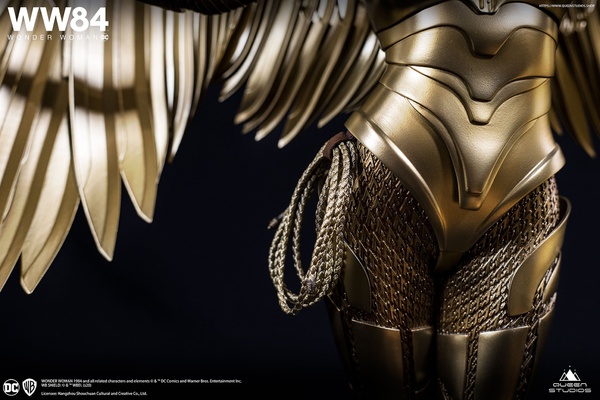 Set in the ’80s, we see Gal Gadot’s eagerly-awaited return in the title role of Wonder Woman. This time, the follow up to the hit 2017 film sees our hero face not one, but two new foes in what’s tipped to be another critical success. In this new era, Diana is back with new friends and enemies, and more strikingly, a new suit of armour. The Amazonian warrior trades her WWI armour for the majestic Golden Eagle Armour.

The 1:4 scale Wonder Woman 84 collectible statue is available in two editions, both meticulously sculpted in Gal Gadot’s likeness. The regular edition features Wonder Woman wearing the golden eagle helmet. While the extended edition features a full portrait of the character with her flowing hair draped down over her shoulder. Diana’s eyes are focused and she has a determined look.

The pose the Queen Studios team have chosen shows Wonder Woman with her arms open wide and her golden wings spread majestically behind. As she looks up, she is majesty and power personified. The striking statue is accentuated further with incredible detailing throughout. No detail is spared as the finish on the paint creates the next level of realism as she stands atop a golden base.